Latest Grocery Apps Promise Ultra-Fast Service — But Can They Deliver?

Companies that promise to get a wide variety of grocery and other items in 30 (or even 15) minutes or less are the latest pandemic delivery craze, but experts say they're unprofitable and officials have said they are bad for employees and residents

When Mahlet Berhanemeskel gets back to her New York City home from her 90-minute commute, she doesn’t feel like cooking. So instead she orders food like BLTs, Cheez-Its and cookies from an app called Gorillas. It's affordable and takes 10 minutes.

“It's instant gratification,” she said.

Gorillas is one of several companies that venture capitalists have poured billions into in the latest pandemic delivery craze: companies that promise to get you a bottle of Tylenol, an iced coffee, hummus, a cucumber or a roll of paper towels in 30 minutes — or even 15 minutes — or less. They typically deliver from mini-warehouses in residential and commercial neighborhoods. 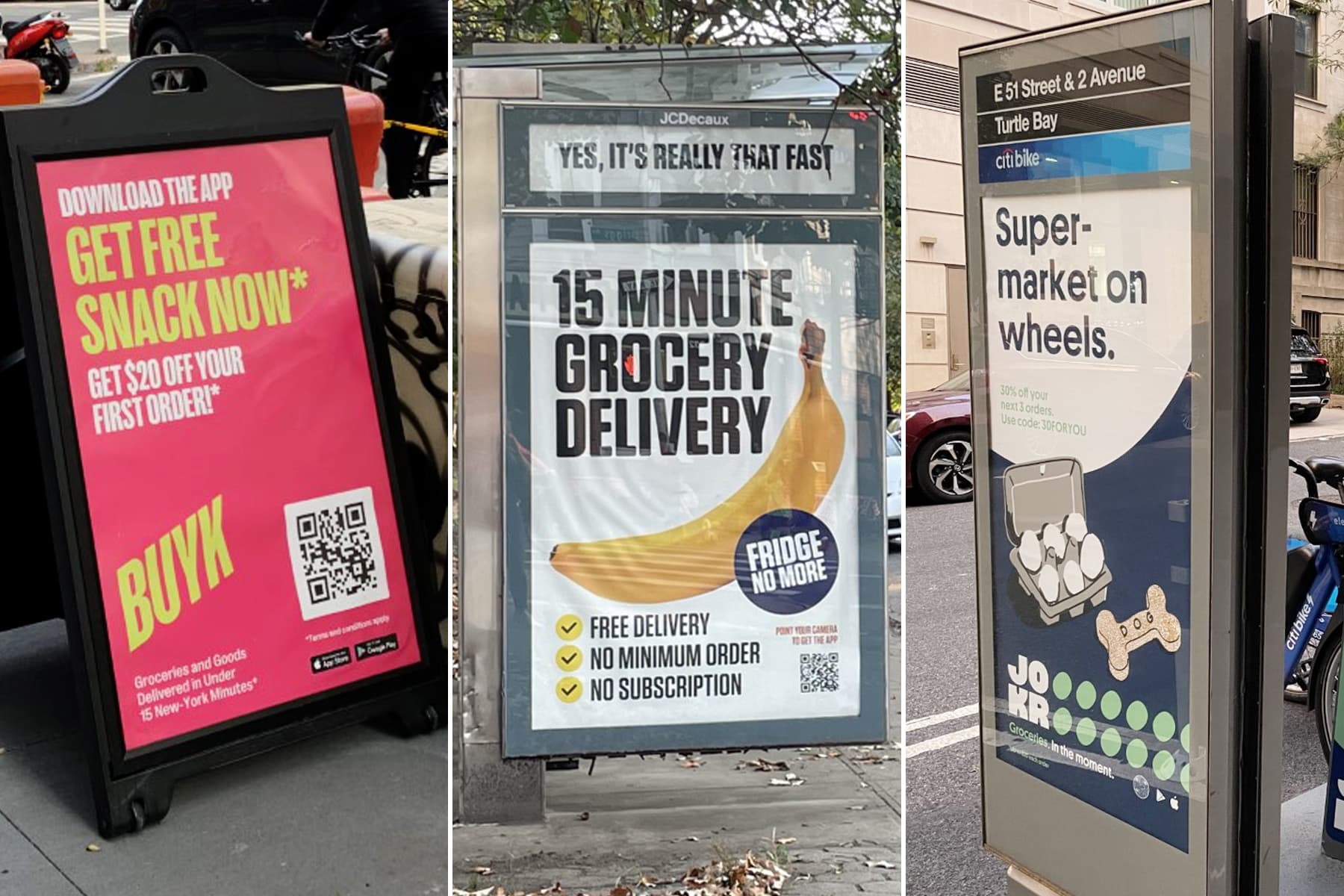 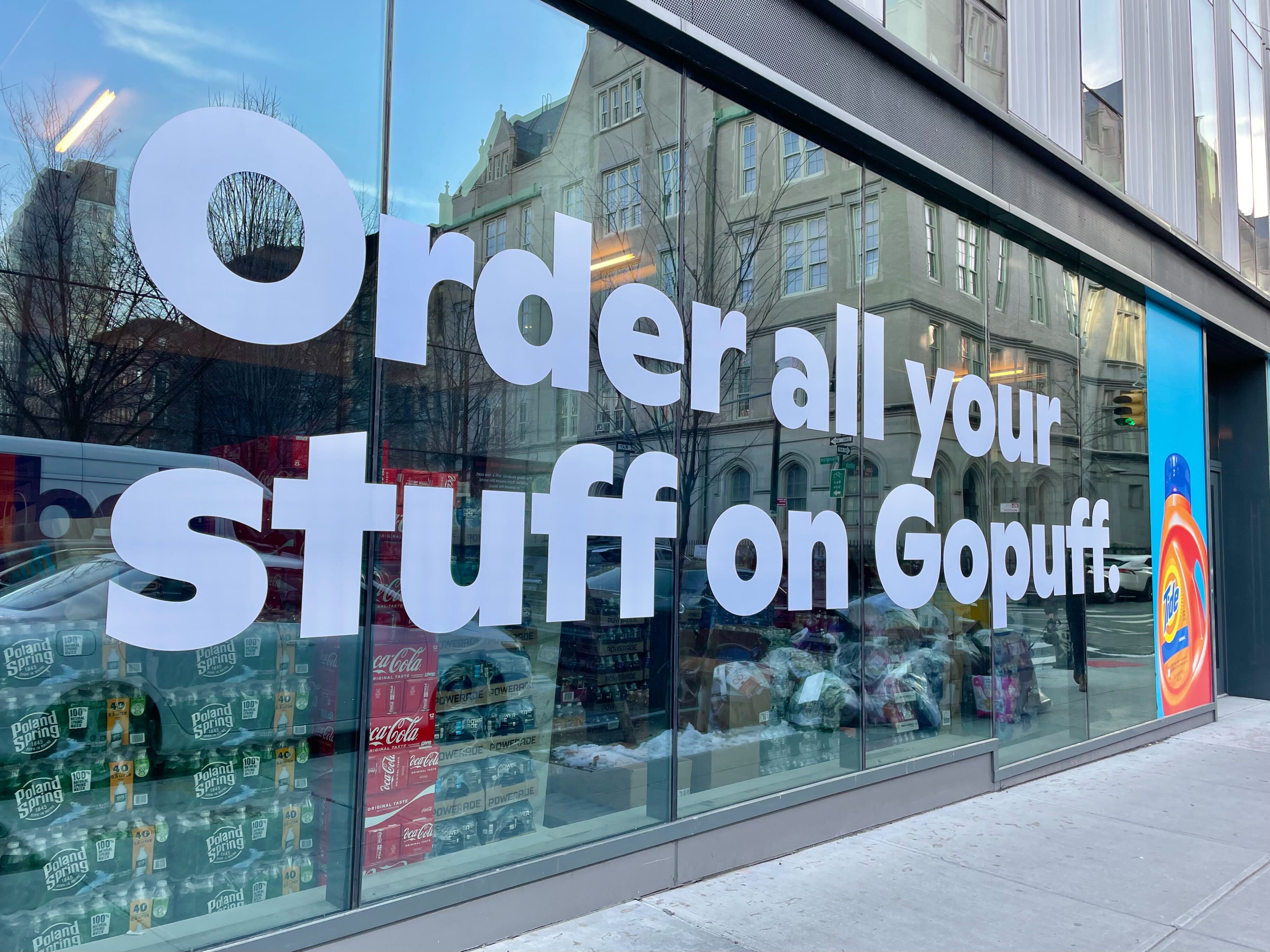 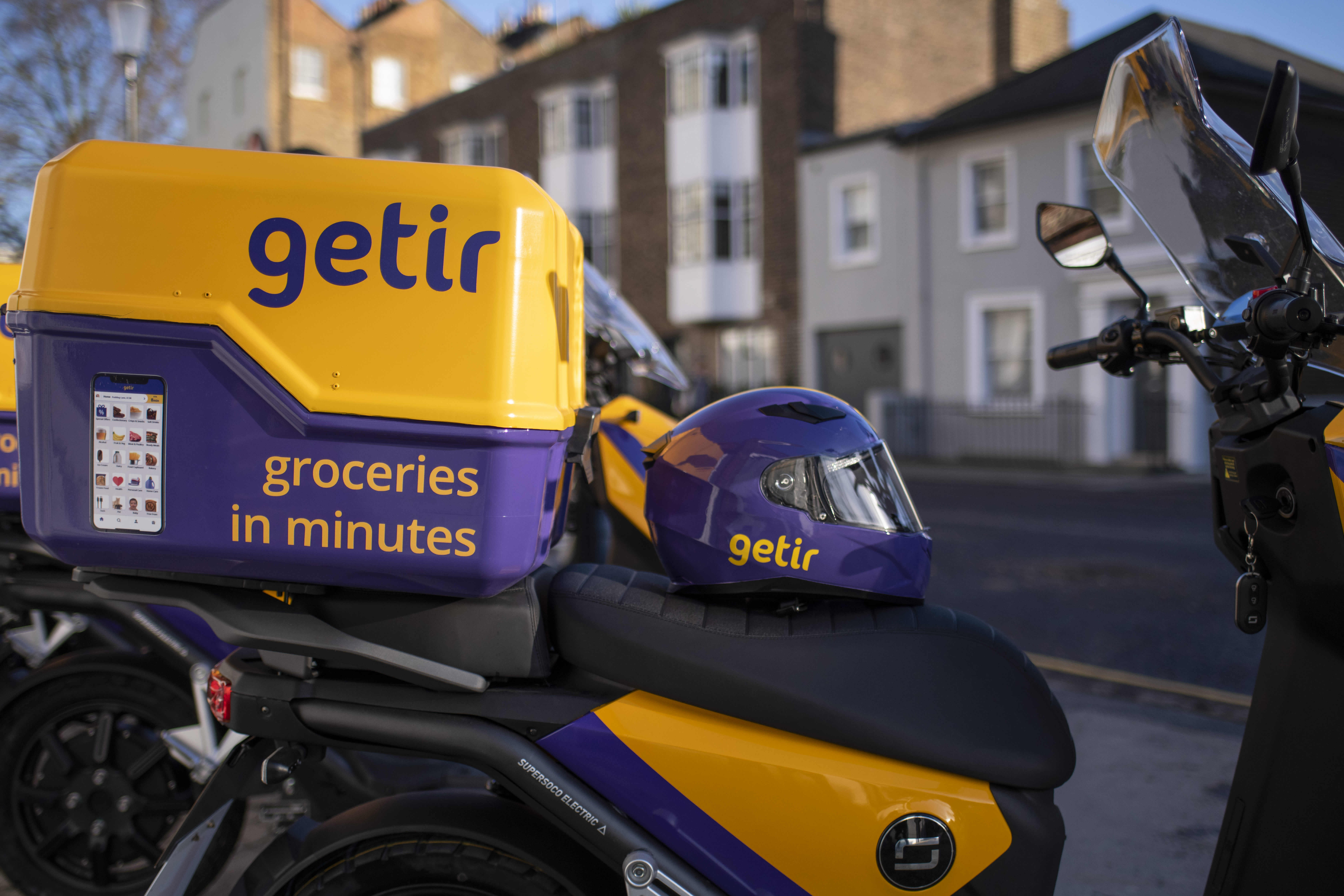 Europe's Biggest Rapid-Delivery App Is Setting Its Sights on the U.S.

Experts say they are unprofitable. Bigger companies are nonetheless muscling in. And officials in European cities and in New York, which has become the U.S. launching pad, have already started complaining about how they operate, saying it's bad for employees and residents.

“The problem I see is that quick commerce players, despite the huge valuations enjoyed and the seemingly unstoppable money flow that they get to grow, at some point they will have to find a path to profitability,” said Bain partner Marc-Andre Kamel, the co-author of a recent report on the online grocery market.

Services are already shutting down. One, 1520, closed in late December, and two more, Buyk and Fridge No More, shut down in March, apparently having run out of money. Buyk's Russian founders reportedly were not able to provide money due to restrictions put in place during the Ukraine war; it did not respond to questions. Fridge No More, in a tweet, said it was closing after two years “due to growing competition and other industry related issues.” Its founder did not answer questions.

Other delivery companies are having growing pains. Gorillas dropped its “10 minutes” delivery promise from its U.S. marketing — now it's just “in minutes.” Gopuff recently laid off 3% of its workforce — more than 400 people.

What foods should you buy to help the environment? How should you use your dollar at the grocery store to vote for a better climate future? Author and Johns Hopkins University bioethicist Dr. Jessica Fanzo explains.

It's not a sustainable business model, says Len Sherman, an adjunct professor at Columbia University’s business school. “There is going to be a lot of consolidation on some very painful terms."

Getir, a Turkish company that operates in Europe as well as Boston, Chicago and New York, said the key to profitability is adding more mini-warehouses in the cities where it delivers.

The company recently raised $768 million, valuing it at close to $12 billion, and plans to expand in the U.S. Customers range from people “ordering a late night ice cream to somebody who is doing a full grocery shop for the week for a family and everything in between," he said.

Lee Hnetinka, the founder of FastAF, a delivery company with a two-hour delivery model in New York, San Francisco and Los Angeles, said profitability is “just not a priority” right now as it invests in customer experience, saying their strategy is a long-term one and pointing to Amazon’s early beginnings when it too was unprofitable.

40% of the food produced in the United States is never consumed, resulting in huge quantities of edible food discarded in landfills. Here are five tips to reduce your own food waste, cut down on grocery spending, and cook more conscientiously.

There are new competitive threats from established restaurant delivery companies DoorDash, Grubhub and Uber and grocery delivery service Instacart that have noticed the appeal of the fast-delivery apps.

DoorDash has three “DashMarts” in New York that promise delivery of groceries and convenience-store items within 15 minutes, and says more locations are coming; it also aims to deliver from Albertsons Cos. grocery stores in more than 20 cities in half an hour. But its president, Christopher Payne, said at a recent conference that it may not be possible to make 15-minute delivery profitable.

Grubhub delivers items from 7-Eleven and other convenience stores, usually in under 30 minutes. Uber is partnering with Gopuff and FastAF, letting people choose those companies' items inside the Uber app. Uber also delivers from local grocers, although the delivery times are often over 30 minutes. And Instacart is planning 15-minute delivery, starting with customers of grocery chain Publix in Atlanta and Miami.

It's unclear how fast the services could be outside of the densest U.S. cities, like New York, or the neighborhoods where they cluster in more sprawling cities.

“For this type of model to work — 15 minutes, 10 minutes, 20 minutes, you name it — you need density, right?" said Stanley Lim, a Michigan State University professor who specializes in supply chains. “In a rural area, you can service these customers but not profitably. That's going to be a limit to the spread that these companies can go for."

But in the bustling city, regulatory pressure may loom. New York City Council members have spoken out against the fast-delivery apps, saying they may be breaking zoning laws. The New York City Department of Buildings is working with other government agencies to “explore the appropriate zoning districts” for the mini-warehouses. The centers are not mentioned in existing city zoning regulations since they are a new type of business, said Andrew Rudansky, the agency’s spokesperson.

There are also worries about delivery apps offering discounts that will squeeze local businesses like bodegas and convenience stores as well as concerns about the safety of delivery people. Manny Ramirez, who works for DoorDash and a service called Relay and is an organizer for Los Deliveristas Unidos, which advocates for better conditions for app delivery workers, says he has been badly injured by a car while on his bike twice in the past year, and is still in physical therapy. And the bigger the order, the more dangerous it is for the rider.

“We don't have laws to protect bikers,” he said.

The lack of bike lanes throughout the city, time pressures and fear for their safety drives delivery workers onto sidewalks, advocates say. That leads to worries from city residents.

Deborah Koncius, who lives on Manhattan's Upper West Side, said she feels like her neighborhood has gotten more dangerous with delivery people riding e-bikes on the sidewalk. Although neither she nor any of her family members have gotten hit, “I kind of feel like it’s just a matter of time."