Sewell is set to become the first black woman to hold the post of NYPD's top cop; Current NYPD Commissioner Dermot Shea will finish his full term and retire at the end of the year

Mayor-elect Eric Adams is slated to appoint Keechant Sewell as the next NYPD commissioner after the current head of the police department retires at the end of the year, Adams said in a statement Tuesday evening.

Sewell is set to become the first Black woman to hold the post of NYPD's top cop, leading the nation's largest police force. She has served as the Nassau County chief of detectives since Sept. 2020, where she oversees a staff of about 350 people. The NYPD has about 35,000 officers.

In a statement, Adams said that Sewell is "a proven crime fighter with hte experience and emotional intelligence to deliver both the safety New Yorkers need and the justice they deserve. Chief Sewell will wake up every day laser-focused on keeping New Yorkers safe and improving our city, and I am thrilled to have her at the helm of the NYPD."

Sewell, originally from Queens, is a 22-year police veteran in Nassau County and is well-liked in her department, sources said. Sewell has held numerous leadership posts ranging from heading major cases to hostage negotiation.

She very much impressed Adams during their meetings, sources told NBC New York. Sewell beat out several candidates, including former Seattle top cop Carmen Best, who said in a statement that she was "honored to have been a finalist and will remain focused on charting the future of public safety," before congratulating Sewell.

The Police Benevolent Association said that they "welcome Chief Sewell to the second-toughest policing job in America. The toughest of course, is being an NYPD cop on the street." The statement went on to say that officers have "passed our breaking point. We need to fix that break in order to get our police department and our city back on course. We look forward to working with her to accomplish that goal."

The announcement is expected to come Wednesday morning when Adams speaks at the Queensbridge Houses in Long Island City at about 8:15 a.m. She’ll begin when Adams takes office Jan. 1. 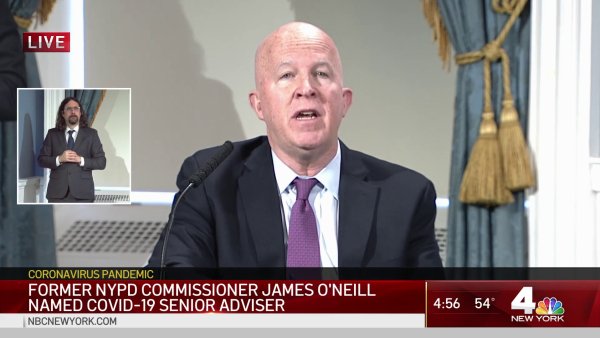 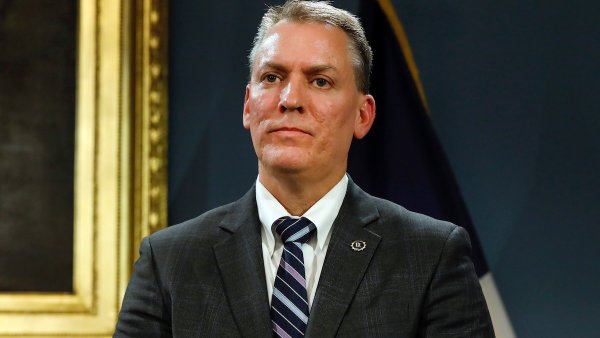 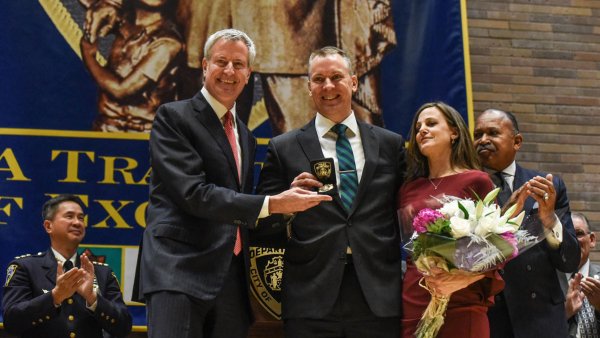 Sewell, a Queens native, will be just the third Black person to run the NYPD after Benjamin Ward and Lee Brown, who served in the 1980s and 1990s. She will inherit a police department in flux. The NYPD has struggled to keep crime down a few years after achieving record lows.

The rise, particularly in shootings and killings, is part of a national trend in the wake of the COVID-19 pandemic, but police officials have also blamed state reforms that eliminated pretrial detention for many charges. There is little evidence that the reforms have resulted in more crime.

Adams, the cofounder of 100 Blacks in Law Enforcement Who Care, an advocacy group that sought criminal justice reform and spoke out against police brutality, has pledged new strategies to fight crime, including the return of foot patrols.

The news of the historic appointment comes after it was revealed current NYPD Commissioner Dermot Shea and the department's second in command, First Deputy Commissioner Benjamin Tucker, will finish their full terms and retire at the end of the year.

"Police Commissioner Shea and First Deputy Commissioner Tucker will have a lot more to say in the coming weeks as they discuss their public service and gratitude to the City and the men and women of the Department," an NYPD spokesperson confirmed Dec. 2.

Administratively, the police commissioner is required to give 30-days notice. With both Shea and Tucker stepping down in the future, Adams, himself a retired NYPD captain, was tasked with finding replacements.

Shea took over as head of the NYPD in 2019 as the successor to Commissioner James O’Neill -- and led the largest, and one of the oldest, police forces in the United States.

"Born and raised in Sunnyside, Dermot Shea is a New Yorker through and through. A 28-year veteran, he knows what it's like to walk a beat and lead a precinct. He helped build the strategies that have driven crime to record lows. He’s a proven change agent," Mayor Bill de Blasio tweeted the day he announced he had chosen Shea as O'Neill's replacement.

Prior to his role as commissioner, Shea, a 28-year veteran of the NYPD, was promoted to Chief of Detectives on April 16, 2018.

Before serving as Chief of Detectives, Shea served as Chief of Crime Control Strategies where he was responsible for analyzing citywide crime trends and developing the department’s crime-control plans and procedures. He also spent more than four years as Deputy Commissioner of Operations.

The man who will be replacing James O’Neill has been with the department for 28 years, and some say he has been the architect behind some of the NYPD’s strategies. The Sunnyside native most recently was the the NYPD Chief of Detectives. NBC New York’s Jonathan Dienst reports.

Shea also served as Executive Officer of the 47th Precinct and Detective Borough Manhattan South, and worked in the 24th, 46th, and 52nd Precincts, as well as the Narcotics Division.

Shea took over at a time when there was a spike in possible hate crimes, increase in homelessness and officer morale was at a low. (Prior to his retirement, O'Neill was blasted by Police Benevolent Association President Pat Lynch for firing Daniel Pantaleo, the NYPD officer accused of using a banned chokehold that led to Eric Garner's death in 2014.) He went on to face an increase in gun violence in the city and other forms of crimes during the height of the pandemic, including in the subways.

Meanwhile, Tucker began his career with the New York City Police Department in 1969 as a Police Trainee and received specialized training from medical and substance abuse experts to participate in the first NYPD sponsored school-based drug prevention education program.

Eventually, Tucker became a police officer in 1972 and was promoted to sergeant in 1987.

Tucker had a number of roles during his decades long career with the NYPD, according to his City biography, including police academy instructor, legal advisor in the Office of the Deputy Commissioner of Legal Matters; and Assistant Director of the Civilian Complaint Review Board.

Tucker also served as Deputy Assistant Director for Law Enforcement Services in the Mayor's Office of Operations, and First Deputy Commissioner and Executive Director of the Commission on Human Rights under Mayor Edward I. Koch. He was also Chief of Operations in the Office of the Manhattan Borough President. During the Bloomberg administration, Tucker also served as Chief Executive for School Safety and Planning for the Department of Education.

In 1995, then President Bill Clinton appointed Tucker Deputy Director for Operations in the Office of Community Oriented Policing Services at the United States Department of Justice. Then, in 2009, Tucker was nominated by then President Barack Obama, and confirmed by the United States Senate, as the Deputy Director for State, Local and Tribal Affairs within the White House Office of National Drug Control Policy.