The ruling doesn’t end the lawsuit, but denied the church’s request for a temporary injunction

A federal judge has refused to block Gov. Andrew Cuomo’s order limiting worship to as few as 10 congregants in communities seeing spikes in coronavirus infections.

Ruling in a lawsuit brought by the Roman Catholic Diocese of Brooklyn, U.S. District Court Judge Nicholas Garaufis said in an order Friday that even though the rules harm religious groups, it is not in the public interest to block them if they are helping prevent a wave of new infections.

“In fact, if the court issues an injunction and the state is correct about the acuteness of the threat currently posed by hotspot neighborhoods, the result could be avoidable death on a massive scale like New Yorkers experienced in the spring,” Garaufis wrote.

The ruling doesn’t end the lawsuit, but denied the church’s request for a temporary injunction.

Garaufis said it was conceivable the diocese could end up ultimately winning the case, but that the worst that could happen in the meantime to the diocese’s churches is that 26 of them would have to curtail in-person ceremonies for several weeks.

“That is not meant, in any way, to downplay the seriousness of that constitutional harm,” the judge said. But he said the potential to save lives outweighed the damage the church would suffer.

Cuomo on Oct. 6 announced that he was limiting attendance at houses of worship, closing schools and shuttering nonessential businesses in six parts of New York City, Binghamton and Rockland and Orange counties where COVID-19 infections have spiked.

The new measures announced Oct. 6 have resulted in temporarily limiting the size of religious gatherings in the COVID-19 hot spots to 25 percent capacity, or a maximum of 10 people.

Most of the affected areas are home to large communities of Orthodox Jews, which has prompted protests from Jewish leaders who say they are being unfairly targeted.

Garaufis wrote in his decision that it was clear the state’s restrictions had been “guided by science, not a desire to target religious practice.”

The Brooklyn diocese had argued that its congregations hadn’t seen a big increase coronavirus cases, and that it had implemented successful social-distancing measures for religious services, including placing communion wafers in congregants’ hands rather than on their tongues.

Despite that, the governor “continues to run roughshod over the diocese’s right to worship, without any basis—not a rational one, not a narrowly tailored one, simply none,” the church’s lawyers said in court papers filed Friday.

Similar lawsuits have been filed by Jewish groups. Three Rockland County Jewish congregations are suing New York state and Gov. Andrew Cuomo, saying he engaged in a “streak of anti-Semitic discrimination” with a recent crackdown on religious gatherings to reduce the state’s coronavirus infection rate.

The lawsuit said his action “not only flagrantly flies directly in the face of scientific evidence” and a court order limiting what measures the state can take. It also “specifically singles out the Orthodox Jewish community in what has proven to be the latest extension of Governor Cuomo’s streak of anti-Semitic discrimination,” the lawsuit added. 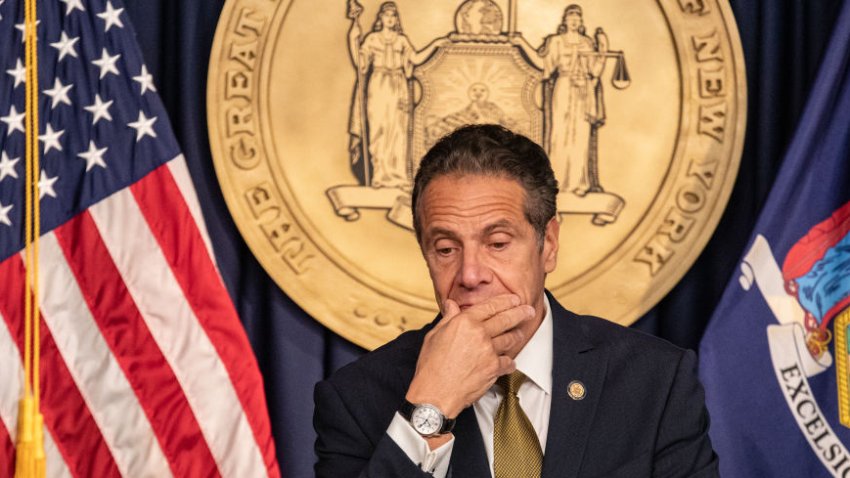 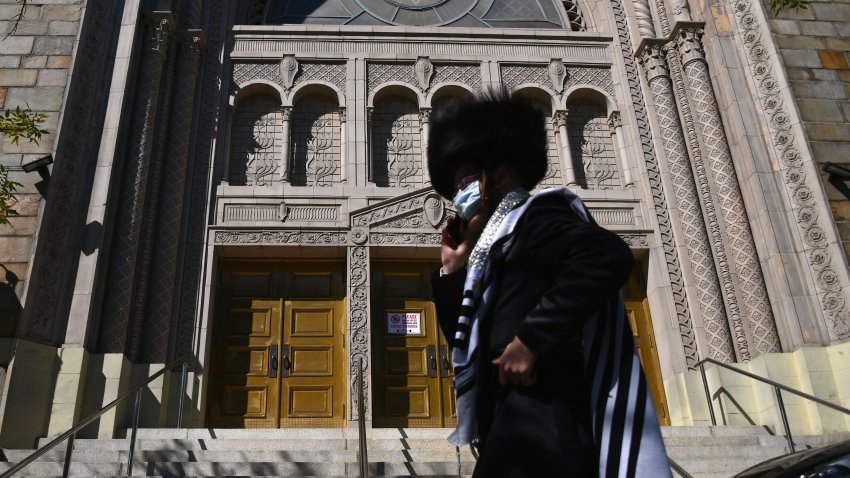 In their filings, state lawyers said that within the state’s so-called “red zones,” just under 5 percent of all people who took a COVID-19 test were testing positive, down from nearly 8 percent in late September. They said that shows the restrictions are working, but said things had not improved enough to lift restrictions.

“This response respects the rights of worshipers while curtailing the spread of the virus and protecting the public health from this deadly disease,” Assistant Attorney General Seth Farber said in a Friday filing.

The Cuomo administration hasn’t said exactly when the restrictions might be lifted, but the initial plan was to have them in place for at least two weeks.

A group of priests and Orthodox congregants sued in a different federal court in June over Cuomo’s previous limits on religious gatherings, and a judge ruled that New York can’t have stricter limits for houses of worship than nonessential businesses.

Cuomo, who has said he has “respect and love” for the Orthodox community, told reporters Thursday that he was not targeting Orthodox Jewish communities. He said red zones are based on addresses of residences where more individuals are testing positive for COVID-19.

He blamed a lack of local government enforcement for some in the Orthodox Jewish community failing to follow COVID-19 gathering restrictions since the spring. He noted houses of worship can at least open in red zones, where non-essential businesses cannot.

“The majority of Ultra Orthodox groups I’ve spoken with have been cooperative,” he said. “There’s a relatively small number that’s uncooperative, and just believe they should be exempt from these government operations.”

The lawsuit comes nearly a week after an Albany federal judge cited the state’s interest in protecting public safety in ruling in the governor’s favor in a lawsuit by rabbis and synagogues that argued the restrictions were unconstitutional.

In that lawsuit, brought by rabbis, leaders of synagogues and the national Orthodox Jewish group Agudath Israel, lawyers for Cuomo argued in court papers that “the right to practice religion freely does not include liberty to expose the community … to communicable disease.”

Those sentiments were echoed Thursday when New York City Mayor Bill de Blasio defended the governor’s moves hours before a hearing in the lawsuit in which the Roman Catholic Diocese of Brooklyn fought restrictions.

He said the state was trying to stop a “full-blown second wave” like those occurring worldwide.

“We cannot let that happen here. So if for a few weeks, we’re asking people to do something exceptional to help stop a problem from growing and stop it from spreading, I think that’s fair. And I think the court will understand,” he said.