A self-described bipolar career criminal facing a mandatory prison term for skipping out on a drug program told a Brooklyn State Supreme courtroom Monday that he made up a story about hearing convicted "grid kid slayer" John Giuca admit involvement in the murder of a New Jersey college student more than a decade ago.

John Avitto, the key witness for the prosecution in the 2005 trial of now 32-year-old John Giuca, appeared Monday as a witness for the defense as a judge determines whether Giuca's conviction should be overturned amid allegations of prosecutorial misconduct.

Giuca is currently serving 25 years to life in the murder of football star Mark Fisher, whose body was found dumped in a Prospect Park South driveway after a night of partying in 2003. 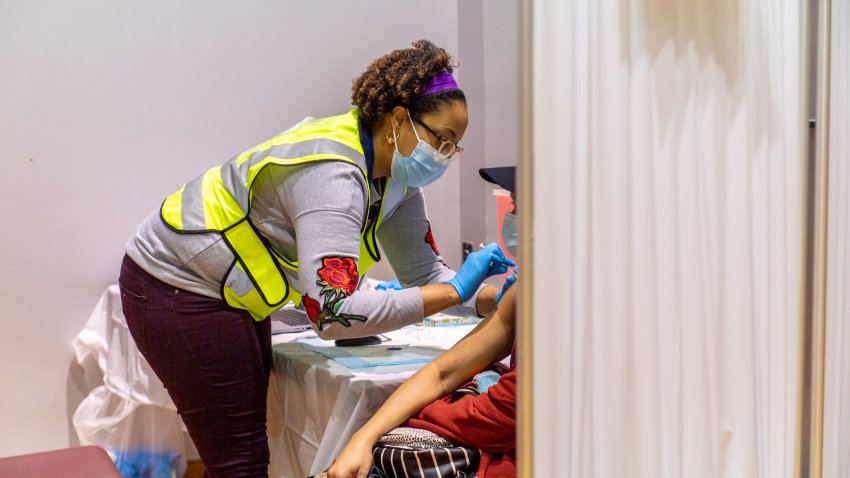 Avitto testified at Giuca's trial that he admitted his involvement in Fisher's death while the two were housed on Rikers Island. On Monday, he said he did whatever he had to do to stay out of jail.

"Do you acknowledge that you lied?" a judge asked him Monday.

In a recent interview, Giuca told the I-Team he never had any conversations with Avitto about the Fisher case.

“They didn’t correct it, and, in fact, they vouched for his false testimony,” Bederow said. “I don’t want to put a label on it, but there’s no question they made a mockery of John Giuca’s due process rights.”

Prosecutors deny any wrongdoing. The district attorney's office says it stands by the conviction.

The new hearing that began Monday should take about a week, but it could take months for Supreme Court Justice Danny Chun to issue a decision.

Giuca told the I-Team recently from Clinton Correctional Facility that "every day is hell" for him.

“If you can imagine the worst day of your life and now imagine reliving that day every day for the past 11 years, that’s what it feels like,” Giuca said.

Giuca has always maintained his innocence, but Brooklyn prosecutors painted him as a wannabe gang thug who gave his friend Antonio Russo a gun and told him to shoot Fisher.

“You know I’m not what the media portrayed me to be, and everyone who knows me know that,” Giuca said. “I’m not a thug and I’m not a gangster or a wannabe gangster and I never was.”

Giuca has one regret; hosting a party the night Fisher was killed.

“I never thought I would be doing 25 to life for having a party, but that’s what happened. If this can happen to me, it can happen to anyone,” he said.

Giuca still thinks about Fisher and the family that went through so much suffering from the death of their son.

“I can’t imagine the pain they feel,” he said. “I wish they could know that I’m not responsible for this. Because, you know, it breaks my heart.”

Fisher's parents were in court for Monday's hearing but declined to speak with reporters.