2 Sex Attacks in, Near Central Park 45 Minutes Apart May Not Be Connected: Police

Less than an hour after the attack in Central Park, police say another woman was attacked on 103rd Street, near the FDR Drive; a suspect is in custody in that case and so far does not appear linked to the earlier one

A woman in her 20s out jogging in Central Park Thursday was ambushed by a sex attacker wearing all black who grabbed her from behind and choked her until she lost consciousness, police confirmed.

Forty-five minutes later, another woman reported a sex attack near the FDR Drive -- and while no link has yet been established, police said they are still looking into the possibility that the attacks are connected. It is possible the two attacks were separate crimes committed by two separate attackers, as police said they are "exploring all angles."

Officials said a 38-year-old suspect was taken into custody in the latter incident, which happened near the 103rd Street Footbridge around 8:15 a.m., based on the Central Park jogger's accounting of her attack timeline. In that case, a woman reported being sexually assaulted on the footpath -- a story eerily similar to the jogger's.

The runner was sexually assaulted Thursday morning in Central Park, and then another attack took place about an hour later on a path off the FDR Drive.NBC New York's Marc Santia reports. 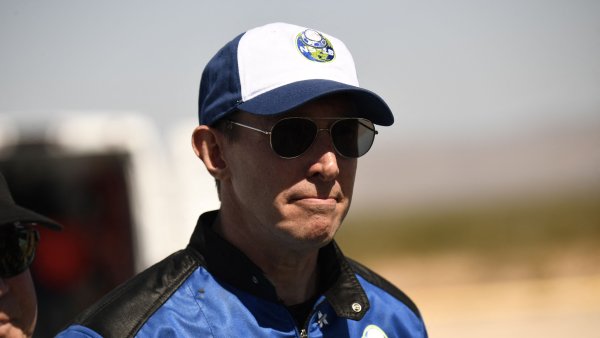 The suspect in the 103rd Street case had been released from prison Nov. 9 for a rape committed in 2005, according to the NYPD, and has a lengthy criminal record. The suspect is facing attempted rape, strangulation and forcible touching charges.

Although he has been charged, NYPD Special Victims Department Inspector Michael King said during a press conference Thursday afternoon, his name has not been released.

Details were also scarce in the Central Park attack, which cops say happened near Swan Lake in the park shortly before 7:30 a.m. It wasn't far from the iconic Wollman Ice Rink, about a 3-minute walk from the zoo.

John Miller, the NYPD's deputy commissioner of Intelligence & Counterterrorism, later told reporters that the victim came running out of the trail after she said she had been attacked and flagged down passersby, who found park police.

The man in black was gone, and the woman was taken to a hospital in stable condition, authorities said. No details on the woman's condition in the 103rd Street attack were immediately available. It wasn't clear if the suspect taken into custody in her case matched the description the Central Park jogger provided authorities. King said police would not disclose at this time if the suspect taken into custody was wearing all black.

The NYPD released video and images of a man wanted for questioning in regards to the attack, dressed in all black clothing.

As response to the attack, the NYPD will increase patrol in Central Park, according to King.

"We do not want to panic or alarm anyone," he said, adding that police are exploring all leads related to both attacks.

Anyone with information on either attacks is asked to call Crime Stoppers at 1-800-577-TIPS.