An 1833 statue of Thomas Jefferson will be taken out of New York's City Hall, capping longstanding efforts to remove the founding father's likeness because he owned slaves.

Asked about the statue on Thursday, Mayor Bill de Blasio said he understood why Jefferson's history as a slaveowner “profoundly bothers people, and why they find it’s something that can’t be ignored.” The statue has stood in the room where the City Council meets.

A little-known city board called the Public Design Commission voted unanimously on Monday after hours of debate to move the statue from the City Council Chamber. A decision on its new location will come later, the commission decided following rigorous public testimony.

The commission held off on approving a plan to send the statue to the New-York Historical Society as a long-term loan after some participants at a virtual public hearing said it should be moved to a different room in City Hall instead. The plan to loan the statue to the historical society for safekeeping and future display had seemed to be a done deal, but some members of the commission said sending a piece of public art to a private museum that charges admission would set a bad precedent.

As there are more calls nationwide to do away with statues of people with ties to slavery or racism, some City COuncil members are calling for a statue of President Thomas Jefferson to be removed from chambers in City Hall. NBC New York's Melissa Russo reports.

“It is a piece of public art. It is under our jurisdiction. And we need to be thoughtful about where it should go,” said board president Signe Nielson.

The Black, Latino and Asian Caucus of the Council said in a statement the city government should "resolve that the individuals memorialized within the confines of our People’s House be reflective not only of the best traditions of our city’s history and its diversity but unquestionable character.”

State Assembly Member Charles Barron, a Democrat who first demanded the statue’s removal in 2001 when he was on the City Council, said at the Zoom public hearing that Jefferson was “a slaveholding pedophile who should not be honored with a statue.”

Barron was referring to historical evidence that Jefferson fathered at least six children with Sally Hemings, an enslaved woman who was his late wife’s half sister. The sexual relationship between Jefferson and Hemings, now generally accepted as a fact by historians of the era, began when Hemings was in her teens.

Jefferson, the nation's third president, has become a contentious figure in recent years as advocates for racial justice have demanded the removal of statues of Confederate generals and others who carried out racist policies.

Although Jefferson wrote that “all men are created equal” in the Declaration of Independence, he did not support the emancipation of enslaved Africans and owned hundreds of slaves himself. 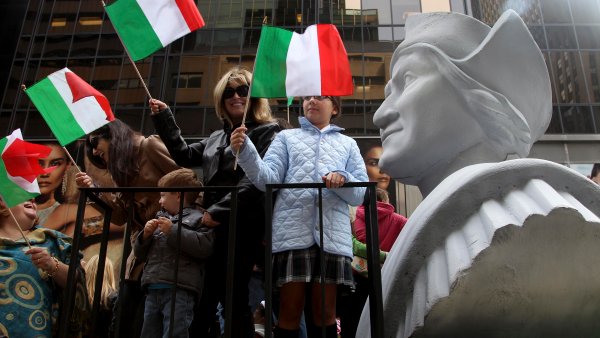 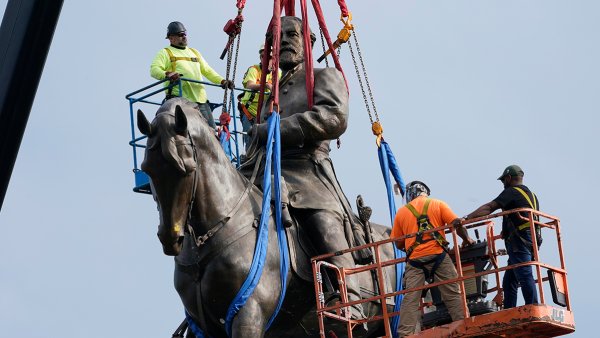 Statue of Confederate Robert E. Lee Taken Down in Virginia

City Hall's Jefferson statue is a painted plaster model of the statue by French sculptor Pierre-Jean David d’Angers that stands in the Capitol rotunda of the U.S. Congress. It depicts the founding father with a pen in one hand and the Declaration of Independence in the other.

The statue has been in the City Council chamber since 1915, after it was gifted to the city 80 years earlier by Uriah Philips Levy, the first Jewish commodore of the U.S. Navy, as a way to celebrate the founding father's stance on religious freedom.

A group of historians including Sean Wilentz, author of books including “No Property in Man: Slavery and Antislavery at the Nation’s Founding,” argued in a letter to the Public Design Commission that the statue should be moved to the Governor's Room in City Hall, its original home.

“Locating the statue for viewing in the Governor’s Room, where it was originally placed and apparently stood for much of its history, would be the most reasonable compromise,” the historians wrote.

The statue's final destination will be ironed out by the end of the year, the commission said.