"The capacity limits & health protocols we’ve put in place for indoor dining are not kind suggestions," the governor tweeted during his Friday briefing

Indoor dining and movie theaters both reopen in New Jersey Friday, exactly six months to the day the state reported its first confirmed COVID case. Both are still shut down in New York City amid a tense standoff between the mayor and Gov. Andrew Cuomo over enforcement issues.

In New Jersey, movie theater attendance is capped at 25 percent percent capacity or 150 people, whichever is less. Restaurants are limited to 25 percent capacity as well under the new rules, which includes maintaining social distancing between tables. Masks must be worn except when eating or drinking.

"The capacity limits & health protocols we’ve put in place for indoor dining are not kind suggestions. They are mandated. We will not tolerate any violations," he tweeted. "There’s nothing more that I would like to do than to eventually expand restaurant capacities. But I cannot and will not be able to do that if this weekend, and the weeks to follow, we see the rules being violated. Let’s work together for a safe return of indoor dining."

At the same time, the governor said his administration would be taking action to prohibit indoor smoking in New Jersey casinos. Casinos were allowed to reopen last month in the state but many opted to stay closed for a period since they were banned from serving food and drinks indoors. That changed Friday, with the return of indoor dining statewide -- and casinos were expecting a boost.

The decision to reopen indoor dining couldn't come soon enough for many restaurants struggling for months. The New Jersey Restaurant and Hospitality Association predicts that by January 2021, as many as 8,700 of the state's 25,000 restaurants will close up shop. Owners in the state have been eager to open up indoors for some time now. 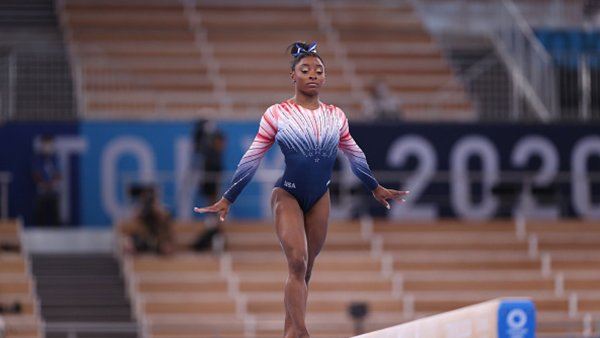 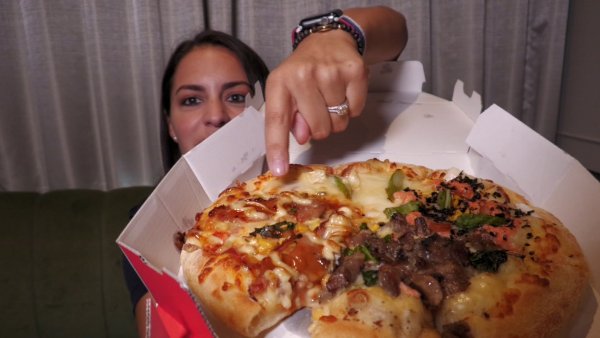 This Is The Best Food We've Seen From The Tokyo Olympics

“It’s about time,” said Costas Kaiafas, the owner of the Princess Maria Diner in Wall. “At some point he’s got to let us work.”

But even though they were finally allowed to reopen inside, there were a number of restaurants still struggling to attract customers — and were nearly empty at would-be busy times. That left some owners nervous for the fate of their restaurants, and pinned the blame on Gov. Murphy.

"I don't understand how the government can dictate what I can do. For the better good, for a little while, (that's) one thing. Six months is not a little while," said Nick Toscanos, who has owned Empire II Luncheonette in Waldwick for 30 years. The restaurant had one customer come in all morning, a longtime friend.

It was the day that many restaurant owners in New Jersey had been waiting for, but for some, it didn't get off to the start they were hoping for, leaving them nervous. NBC New York's Sarah Wallace reports.

"It makes no sense. You can go to Home Depot, go to Lowe's, go to Costco, touch things, put them back. But you can't come and eat," Toscanos said. "This is devastating. I've been here for 30 years, I don't know if things are ever going to come back to the way they used to be."

Toscanos was not alone. Kinchley's Tavern in Ramsey didn't come even somewhat close to 25 percent limit they're now allowed. In Englewood, Italian eatery Red, White and Pasta didn't have a single diner inside through mid-afternoon.

"If they don't come in, it's because of what's happened and because of what the governor has done. He's made people scared to go inside a restaurant," said Kevin Graynor, who didn't think his business would survive much longer at the current rate. "If it doesn't pick up in September, October, November, I doubt it very much."

That's what restaurant owners and workers are saying in New York City. Indoor dining was left off the table when the city entered Phase IIII of Cuomo's reopening plan, while it was permitted to continue across the rest of the state.

On Thursday, Cuomo doubled down on his repeat complaint that New York City is not sufficiently enforcing compliance and doesn't have a plan to do so -- and until he's convinced of a change, dine-in may be off the table. He says NYPD officers should be deployed in force to help enforce the rules, not just sheriff deputies.

State inspectors have noted improved compliance across New York City in recent weeks, but Cuomo said that task force doesn't have the manpower to manage thousands of restaurants in the five boroughs. He says bars have had problems.

"I want to open restaurants in New York City. The economic damage is extraordinary," Cuomo said. "My opinion is restaurants should open. The question is how."

Following Mayor De Blasio's announcement that there are still no plans to open restaurants for indoor dining, many restaurant owners are speaking out and voicing their concerns over staying in business in the long-term, noting that outdoor dining is not sustainable, particularly as colder weather approaches, Adam Kuperstein has the latest from Lower Manhattan

Mayor Bill de Blasio, besieged by questions on indoor dining in virtually every daily briefing, has said New York City restaurants are overwhelmingly complying with COVID rules and regulations. He hopes to at least have a timeline by month's end.

The mayor offered no response to Cuomo's slams on enforcement Thursday. Asked about it during his daily briefing, which dueled with the governor's, de Blasio said city health officials remain concerned about indoor dining. When the time does come, he said restaurants would be treated separately from bars, but didn't specify what exactly that would mean in terms of restrictions -- or whether limiting bars but not restaurants in some way would be legal under state law.

"It has to be health and safety first. It has to be how do we defeat coronavirus? That's the first consideration," de Blasio said, adding he was looking into whether to extend the city's Open Restaurants initiative past its Halloween expiration date. More than 10,000 restaurants are participating in that program, which the mayor estimates has saved at least 90,000 jobs in just the last three months.

"I'm totally at peace that what we've done is focus on the health and safety of all New Yorkers," de Blasio said Thursday. "Our healthcare leadership has been absolutely right to be careful and cautious and focus on the data."

Yet the data also shows the economic impact has been staggering. More than 300 New York City restaurants have joined a class-action lawsuit against the city and state, seeking $2 billion in damages over the ongoing ban. That lawsuit, which comes as the city lauds its outdoor dining program with 10,000 participants, was filed the same day New Jersey announced plans to resume indoor dining.

Restaurant groups insist that people's livelihoods are at stake.

"Fifty percent reduced capacity should be the same in Staten Island as Schenectady and Albany. If it works there, it should work here," said Andrew Rigie of the Hospitality Alliance. "The clock is ticking. Small businesses are closing. 160,000 still out of jobs in restaurants, so we gotta get this quickly."

In an effort to try and keep struggling businesses afloat, some in the Bronx came together to build outdoor dining areas, including tables, barriers and dining space. The volunteers took part in the effort organized by the Bronx Community Foundation, helping out restaurants in the South Bronx hit particularly hard.

While service acts such as that are a start, New York City Council Speaker Corey Johnson said bringing back indoor dining is "crucial" for not only the restaurant owners, but also employees — many of whom are immigrants who rely on those wages to survive.

Cuomo sympathizes with that, but again, called on New York City government to do a better job of enforcement. He said he was open to any suggestion as to how the state could better monitor compliance and ensure enforcement and invited Johnson to submit a plan for some sort of NYPD task force on compliance.

Manhattan Borough President Gale Brewer, a member of the governor's recovery task force, said Friday that there is fresh momentum to get indoor dining back sooner rather than later. She said when Gov. Cuomo urged Johnson to to push a reopening plan involving NYPD enforcement, the devil is in the details.

"I have concerns about that ... I'd rather see the agencies used to doing it on enforcement," she said.

Compliance will be key to sustained progress going forward, officials say. New York is currently in the midst of a 28-day streak -- four full weeks -- with daily COVID positivity test rates below 1 percent. The city has reported similarly low transmission rates over the last month or so.

While New York and New Jersey are slowly inching back to some semblance of the "new normal," especially with schools beginning to resume, the new normal is a far cry from the old one. A widely available COVID-19 vaccine would significantly help matters, all officials agree. The nation's top infectious disease expert, Dr. Anthony Fauci, says he foresees one being available by the end of the year -- though questions remain about distribution and delivery for 300 million people.