Gov. Cuomo has declared a state of emergency for New York

Hurricane Sandy rolled out of the Bahamas Friday, churning on a course that could see it blend with a winter storm and reach the tri-state area early next week as a super-storm that meteorologists predict could be the most widespread, damaging system of the last two decades.

Gov. Andrew Cuomo has declared a state of emergency throughout New York.

"We want to make sure we take every precaution possible," he said.

Sandy, which weakened to a Category 1 hurricane Thursday night, has left more than 30 people dead in its path across the Caribbean and continues to threaten life and property as it powers its way toward the New York City area, forecasters say.

Officials are warning residents to begin planning for the worst by stocking up on supplies, studying evacuation routes and monitoring forecasts. Transit agencies and utilities began to implement their emergency preparations, including calling in extra contractors, clearing train tracks of debris and canceling planned construction projects.

Mayor Bloomberg noted there was still uncertainty about the timing and track of the storm, and said officials were not yet ordering evacuations because it was too early to make those calls. But still, he said, "common sense says you should start taking precautions."

"This is a potentially dangerous storm," he said.

The rain bands of Sandy will first show in the region Sunday, with the heaviest rain developing Sunday evening and lasting through Tuesday, meteorologists say. The worst of the system is expected to hit Monday into Tuesday morning and computer models now agree Sandy will make landfall at some point anywhere from southern Virginia to eastern Long Island. 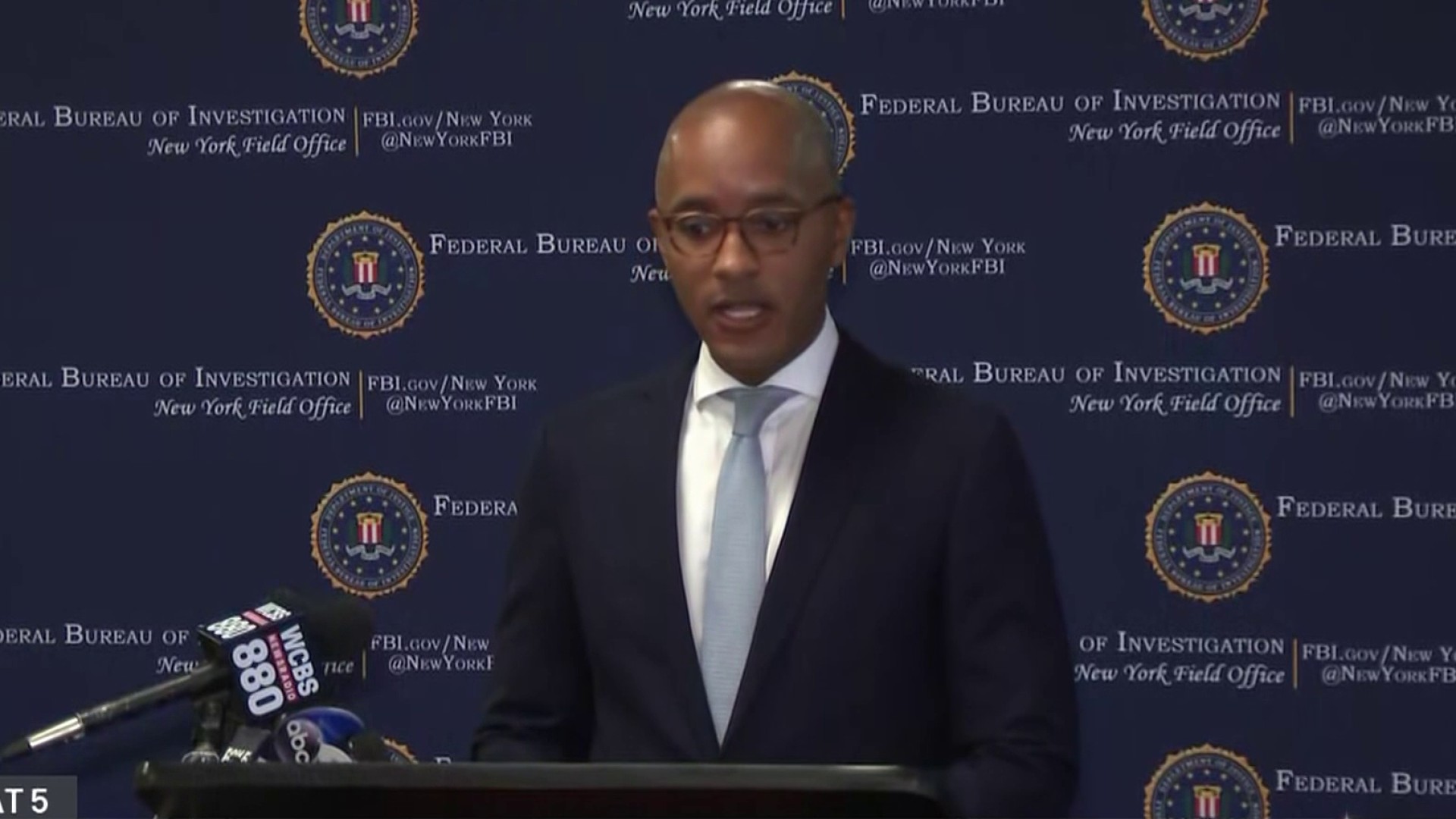 See a timeline of when Sandy's effects will be felt here

By Friday night, Sandy was 400 miles south-southeast of Charleston, S.C., with maximum sustained winds of 75 mph. A projection Friday night by the National Hurricane Center had the storm veering inland just south of New Jersey on Tuesday.

Sandy is likely to arrive in our region during a full moon when tides are near their highest, increasing coastal flooding potential, particularly across the south shores of Long Island and coastal New Jersey.

Significant beach erosion is expected along the shore lines with wind gusts of 60 to 70 mph, 6 to 10 inches of rain, waves of up to 20 feet and widespread power outages that, with some trees still leafy and the potential for snow, could last to Election Day.
Under the heaviest rain band, which looks like it will settle across New Jersey, rain totals could exceed 10 inches, saturating the ground. As strong winds move across those soaked soils, that could cause trees to come down, causing large-scale power outages.
Utilities in the Northeast have begun preparing for the storm; PSE&G in New Jersey is readying its workers to respond, and is arranging for extra contractors, like tree crews, to assist with cleanup.
NEW YORK
Officials are warning that New Yorkers in low-lying areas might have to evacuate. The city's emergency management situation room has been activated.

Bloomberg said Friday that six hospitals and 41 chronic care facilities are in those areas. At this point, officials are not recommending evacuations but say all those facilities should cancel all elective admissions and should discharge patients that can be sent home.

In August 2011, Bloomberg ordered evacuations in low-lying areas of the city as Hurricane Irene approached. The entire subway system was also shut down.

The MTA says its plan calls for service to be shut down if sustained winds of 39 mph or higher are expected. No decision had been made Friday about service suspensions, officials said. Ahead of the storm, extra workers were being called in, trains were being removed from outdoor yards and subway ventilation grates vulnerable to flooding were being sandbagged and covered.

The agency says some vehicles may be barred from its bridges when winds reach 50 mph or more, and the bridges could be closed if winds reach 60 mph.

Bloomberg said officials would decide Sunday if school would be in session on Monday.

"We want to take every precaution possible," Cuomo said.

NEW JERSEY
The first evacuations in New Jersey were issued Friday afternoon for Cape May County. The voluntary order for the county's barrier islands would become mandatory on Sunday, the county emergency office said. Long Beach Island issued a similar voluntary order.
In Ocean County, the beachfront town of Mantoloking also issued a voluntary evacuation order on Friday, and several other shore towns were considering doing likewise. Belmar had already begun limiting access to its oceanfront drive.
The Department of Environmental Protection is opening the Pompton Lakes Dam to lower the lake's level in advance of the storm. The town of Pompton Lakes sits between the Pequannock and Ramapo rivers and has a long history of flooding.
In addition, the state is lowering the levels of four reservoirs used for drinking water in northern New Jersey for the first time ever in preparation for the storm. According to Larry Ragones, a spokesman for the department, the actions were being taken to "create a void space for runoff from the storm."
Gov. Chris Christie is urging residents to closely monitor the storm and prepare to put in motion their own emergency plans.
"I encourage all of our families to stay informed, get ready and reach out to those you know who may be isolated, or in need of extra assistance during adverse conditions," he said in a statement.
PSE&G has requested hundreds of contractors from utilities in other states to help with cleanup. Power outages and flooding are likely to endure for days.

Mallow says the state is better prepared for Sandy than it was last year when it was hit by the remnants of Hurricane Irene, which knocked out power to residents for days.

Malloy met Friday with representatives from the electric, cable and communications utilities to discuss their preparations. Electricity line crews are already making their way to the state.

Malloy said residents need to plan on at least seven inches of rain to fall over a 36 hours and winds of 40 mph. Effects could be felt early Sunday evening.

The state has launched a site to keep residents up to date on Sandy. It can be found at www.ct.gov/sandy.