Hundreds Rally in Brooklyn Day After Man Is Shot by Police

"This is a very painful situation; it is a tragedy by any measure," the mayor said

Hundreds of people gathered in Crown Heights on Thursday evening amid swelling outrage over the death of a man who was shot and killed by police, who’d mistaken a pipe he was holding for a gun.

As the sun set over Brooklyn, members of the crowd shouted “No justice, no peace” and chanted the name of Saheed Vassell, the 34-year-old man who had been shot and killed by NYPD officers the day before.

“We have no room, no space for law enforcement officers who are trigger happy in our communities,” one man shouted before leading a chant of “Whose streets? Our streets!”

One sign read: “NYPD – Biggest gang in New York.” Another simply read: “How many more?”

The protesters lit candles and left flowers at the Thursday night vigil where Vassell was shot.

At one point, national political activist Linda Sarsour went up to the microphone and called for the Brooklyn district attorney to indict the officers involved.

“Those men who killed our brother Saheed need to spend some time in jail,” Sarsour said to cheers.

Vigil and protest for the life of Saheed Vassell, the unarmed man that was shot by NYPD yesterday afternoon in Crown Heights, Brooklyn. #saheedvassell #NYPD pic.twitter.com/HPpPFw6ZHC

Crowd for #SaheedVassell grows in Crown Heights on Utica and Montgomery. Numerous marches taking place today. Will be live around 7. pic.twitter.com/i21eKHCh2b

Huge turn out here in Crown Heights rallying against the NYPD killing of #SaheedVassell #BlackLivesMatter pic.twitter.com/mFbRIQqwi2

Vassell was shot and killed in the neighborhood on Wednesday afternoon. The city medical examiners office on Thursday revealed that Vassell was struck by bullets nine times.

None of the officers were wearing body cameras at the time of the shooting.

NYPD officials say the cops who responded to the 911 calls thought he was about to fire on them. Chief of Department Terence Monahan said Vassell "took a two-handed shooting stance and pointed at" the four officers who encountered him at Utica Avenue and Montgomery Street. The cops fired 10 shots. 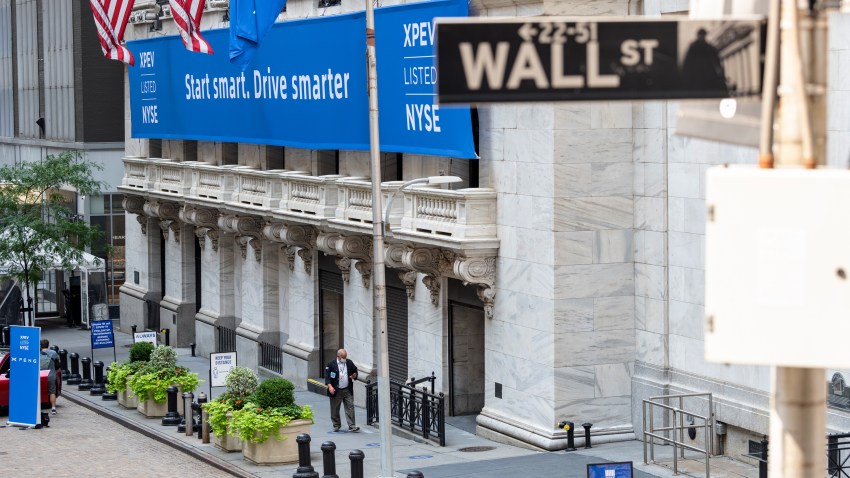 Nine of those bullets hit Vassell, according to the medical examiner's office. He was hit in the head once, twice in the chest, once in the abdomen and once in each arm. His lower body was also struck by three bullets. He died from brain, aorta and spinal cord injuries.

The office ruled his death a homicide but noted its determination was not a criminal finding. Rather, the office said the term indicates that Vassell died due to the actions of other people.

After the shooting, the officers approached to administer aid, Monahan said. It was then that they discovered the man had not been holding a gun, but a pipe with a knob at the end. Vassell was pronounced dead at a hospital.

On Thursday morning, the state attorney general's office said it was opening an investigation into the shooting.

Mayor Bill de Blasio said, "This is a very painful situation; it is a tragedy by any measure."

Vassell was well-known in the neighborhood, according to his family. His parents Eric and Lorna Vassell tell News 4 he had bipolar disorder but was a "good person." They said they're not angry, but "hurt" that they say police didn't give him a warning to drop the pipe before opening fire.

Another neighborhood resident described Vassell as a mentally ill man who sometimes talked to himself but should not have been shot.

Wednesday's shooting comes amid nationwide uproar over the fatal police shooting of an unarmed black man, Stephon Clark, in Sacramento, California. In that case, officers responding to a call about someone breaking windows shot and killed the 22-year-old Clark in his grandmother's backyard.

Officers said they fired their weapons because they believed Clark was holding a gun, though he was holding only a cellphone.