Hard Rock Mulls Building Casino In or Near NYC, Despite NJ One Coming 8 Miles Away

New York has three remaining casino licenses to be awarded in the downstate region that includes New York City, which has long been the holy grail for the casino industry, given the region's population and wealth

Hard Rock wants to build a casino in or near New York City, even as it moves forward with a plan to build another one in northern New Jersey, about 8 miles away.

Jim Allen, chairperson of the global gambling, entertainment and hospitality company owned by Florida's Seminole Indian tribe, said Tuesday that Hard Rock will submit an expression of interest to New York officials by the Dec. 10 deadline.

New York has three remaining casino licenses to be awarded in the downstate region that includes New York City, which has long been the holy grail for the casino industry, given the region's population and wealth.

New Jersey Has Its First $1 Billion Month in Sports Betting 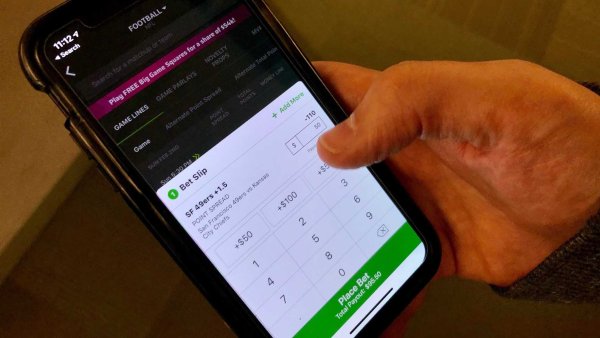 Speaking at the East Coast Gaming Congress in Atlantic City, Allen said Hard Rock has been planning a New York project ever since the possibility was announced seven years ago.

Afterward, Allen said in an interview that the company is not abandoning a plan it unveiled in 2015 to build a casino resort at the Meadowlands Racetrack just outside New York City.

“We're interested in both markets, and if God is good enough to allow us to operate in both, we would be happy to do so,” he said.

Hard Rock would need permission from New Jersey voters to build in the Meadowlands. They resoundingly rejected a plan in 2016 that would have authorized casinos outside Atlantic City, the only place in New Jersey they are permitted.

Allen, whose company spent a half-billion dollars to open a Hard Rock casino in Atlantic City in 2018, said the New York and northern New Jersey market can support numerous casinos.

“How many casinos do you have lined up right here?” he asked in Atlantic City, where there are nine. “One hundred percent, the market is large enough.”

There are four commercial casinos in upstate New York, part of the seven nontribal casinos that voters authorized in 2013.

“It may be possible that a market as robust as metro New York City could support two properties,” said David Schwartz, a gambling historian with the University of Las Vegas Nevada.

Jeff Gural, who owns the Meadowlands Racetrack, as well as two upstate New York racetrack casinos, said he and Allen have not discussed whether Gural might partner with Hard Rock on a New York project, or whether such a development might affect their partnership in New Jersey.

Ralph Caputo, a Democratic New Jersey state Assemblyman from northern New Jersey, said he doubts whether two Hard Rock projects could succeed so close to one another. But he also noted that the staggering financial performance of the Meadowlands Racetrack in New Jersey's nation-leading sports betting market proves proponents of northern New Jersey gambling were right.

The Meadowlands accounts for half the sports betting revenue the entire state of New Jersey takes in each month. In September, New Jersey became the first U.S. state to handle more than $1 billion worth of sports bets in a single month.

“All the disposable income is up here,” Caputo said. “We knew what we were talking about.”