Gunman Sentenced in NYC Shooting That Saw Innocent Kids, 5 and 13, Dive for Cover

The children — a 13-year-old girl and her 5-year-old brother, who were just steps away from their home — amazingly avoided being shot as the gunman fired at his intended target at least a dozen times

The gunman accused of shooting a 24-year-old man and firing a "hail of bullets" that narrowly missed two children walking down a Bronx sidewalk was sentenced to 15 years in prison, the Bronx district attorney announced Thursday.

Michael Lopez, 28, pleaded guilty in January to attempted murder for opening fire on the sidewalk of Sheridan Avenue in Claremont in the afternoon of June 17. According to the police investigation, Lopez got off a scooter and chased the shooting target up the block, firing at least 12 times.

While Lopez was firing, the target scrambled to escape the gunfire, running into a 13-year-old girl and her 5-year-old brother on the sidewalk, knocking them to the ground and falling on top of them. 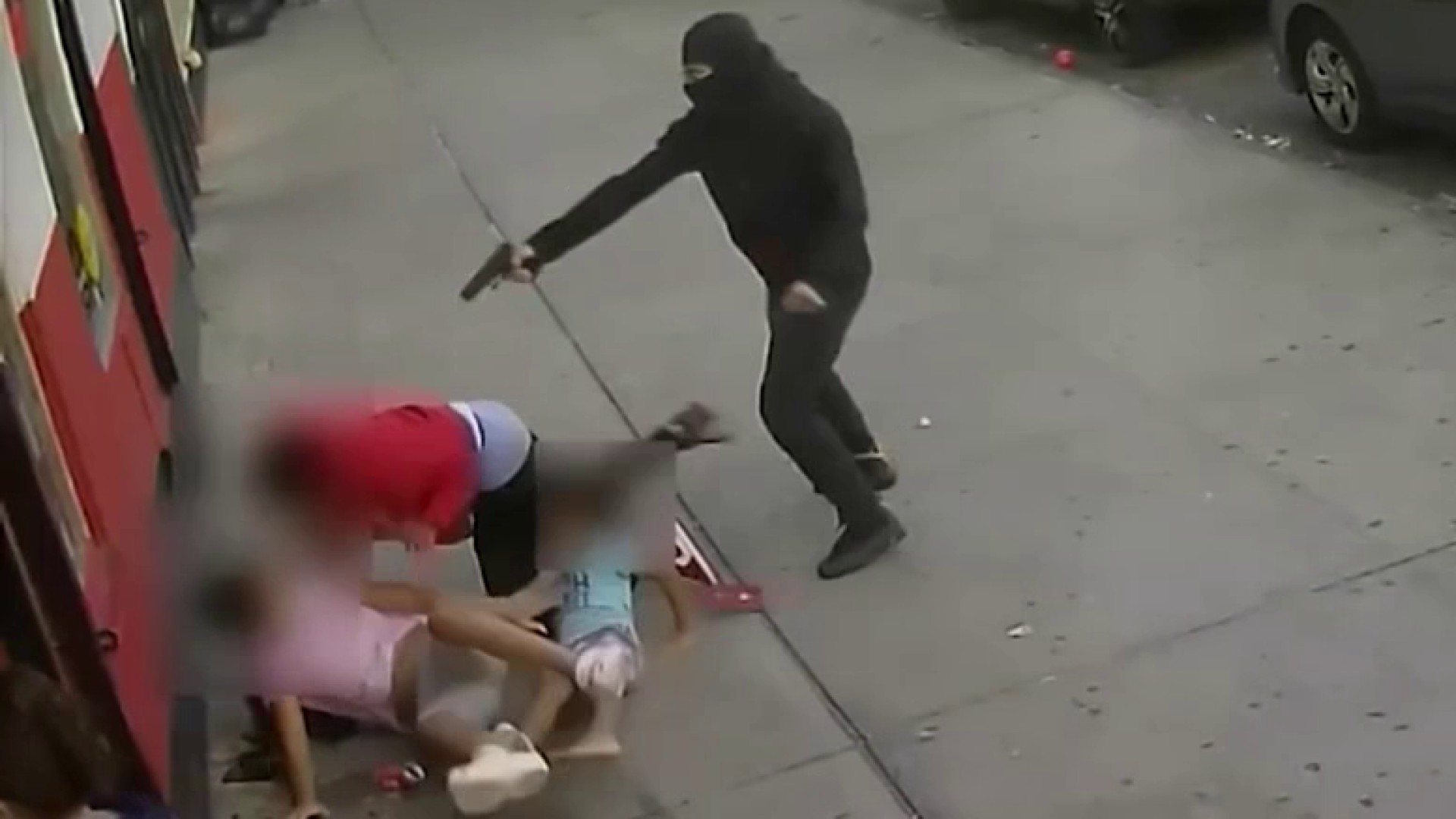 The children —who were just steps away from their home — amazingly avoided being shot as the gunman fired at his intended target, who police said was a gang member. The children were physically unharmed, while the victim was taken to a nearby hospital after being struck in the leg and back.

Lopez was arrested June 25 following a weeklong manhunt for the gunman caught on dramatic surveillance video in a broad daylight shooting. The terrifying video drew national attention as New York City grappled with rising gun violence, which has caught a growing number of children in its crosshairs.

"A 13-year-old girl and her 5-year-old brother were caught in a hail of bullets when the defendant fired a dozen shots at a Bronx man," said Bronx District Attorney Darcel Clark. "Now, the defendant will pay the consequences for his intentions to kill and his blatant disregard for the lives of the children he endangered. They still suffer trauma from that horrific day.”

In his plea, Lopez reportedly admitted to having a gun and shooting the 24-year-old victim with the intent to kill him, Clark said, adding that the plea spared the children from "testifying in court and reliving the trauma," the district attorney added.

Following his arrest, top police officials said Lopez was picked up in Harlem at his stepfather's house. A Harlem resident himself, police said Lopez has a history of arrests for violent crimes including attempted murder in 2014.

Lopez had five prior arrests and was on parole for the attempted murder arrest, Chief of Detectives James Essig said. His most recent arrest was in January 2020 for a knifepoint robbery, Essig added.

Essig and former Commissioner Dermot Shea also identified Lopez as a member of the Make It Happen Boys gang.

While the children were physically unharmed, their parents said the harrowing ordeal took a psychological toll.

"My kids are traumatized, whenever they hear a noise outside they start shaking and get really nervous," the father of the children said in Spanish in the aftermath of the shooting.

The 13-year-old girl had taken her younger brother to buy candy at the store across the street from their apartment building when the chaos erupted. Their mother said they didn't know the shooter or the victim.

What can be seen on the video is the older sister trying to protect her little brother, shielding him from the danger. Then-NYPD Chief of Detectives Rodney Harrison said that "I'm not sure what it takes to get the key to the city, but I nominate her."