The 63-year-old man living inside the home that exploded was airlifted to a hospital for severe burns, police said

"It was like a big explosion, like a bomb went off. I thought it was a transformer that blew up but it was just too loud," Carrero said.

The 63-year-old man living inside the home that exploded was airlifted to a hospital, the Nassau County Police Department said in a release. According to police, the man suffered severe burns.

Two firefighters from Valley Stream Fire Department also sustained injuries, according to a Nassau County fire marshal. The firefighters were injured after a chimney fell on top of the firefighters, leaving them with bruises and lacerations, police said.

The home identified by officials as the site of the explosion was completely leveled and the homes on either side were severely damaged. 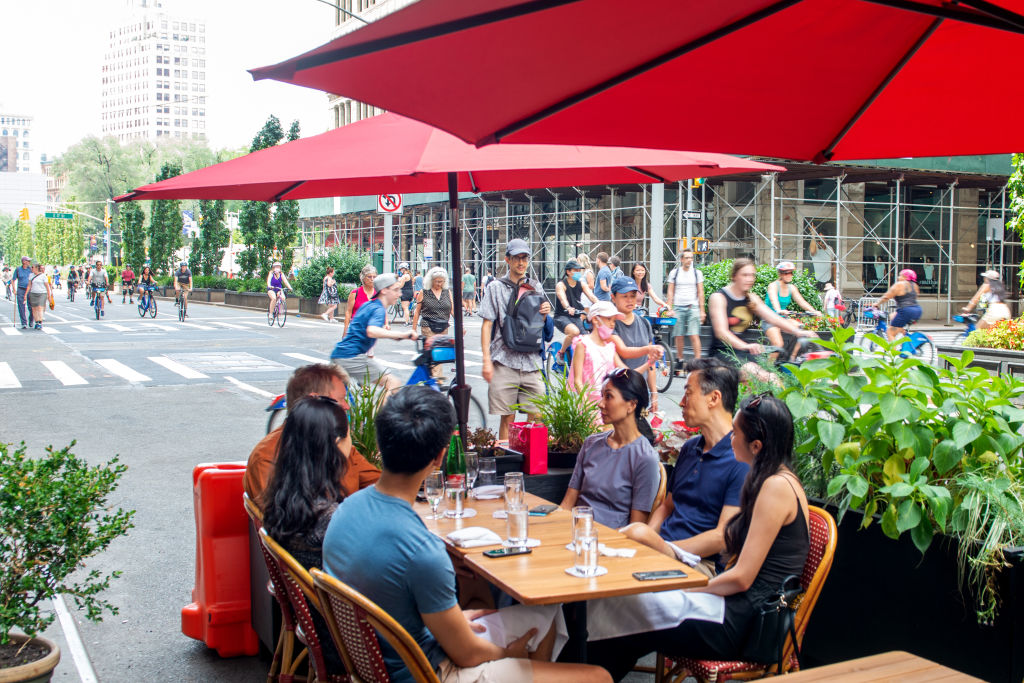 NYC Reins in Restaurant Sheds, But Just a Few — as Mayor Vows ‘Outdoor Dining Is Here to Stay'

Lorraine lives next door and was shaken out of bed like everyone else in her neighborhood. The side of her house was already melting by the time she got downstairs.

"I was hosing the front, the back. I'm trying to save [the house], but I have a little hose," she said.

Another neighbor, Brittany McBride, said she was sleeping when her entire house shook.

"I woke up. I was shaking, crying, and I rolled up my window and I saw the house go on fire," McBride said.

A 63-year-old man living inside the home that exploded was airlifted to a hospital for severe burns, police said. Phil Lipof reports.

Demolition crews were still on site 12 hours after the initial blast, working in the rain to take down what was left of the structure.

At least 100 firefighters from departments in surrounding towns - East Rockaway, Oceanside, Hewlett, and others - responded to assist. FDNY officials said they were called to respond as well.

The cleanup continued late Sunday and authorities are still trying to figure out what exactly led to the explosion. The arson bomb squad is investigating the incident and at this point, firefighters say they're looking at gas explosion as the cause.