For a week, community members on Long Island kept Gabby Petito in their thoughts, hoping that the 22-year-old who grew up in Blue Point would be found safe after she went missing while on a cross-country road trip with her fiancé.

They came together Friday evening to mourn her death and honor her life with an emotional memorial.

Teal ribbons and balloons accompanied thousands of candles lining the streets in Blue Point. Two days later, Moloney's Funeral Home in Holbrook will host a public visitation between 12 and 5 p.m.

"In life Gabby was a bright shining star, and now in her death she is the brightest star," family friend, Noreen Gibbons, said Friday.

Gibbons was one of many mourners to stop and a message or flowers for the growing memorial. The Portland woman, who knew Petito all her life, was supposed to play host to the traveling couple once they finished their cross-country trip around Halloween.

"Of course the thing that will haunt me forever was that I never had a suspicion about Brian, not a clue. She seemed so happy," Gibbons said. 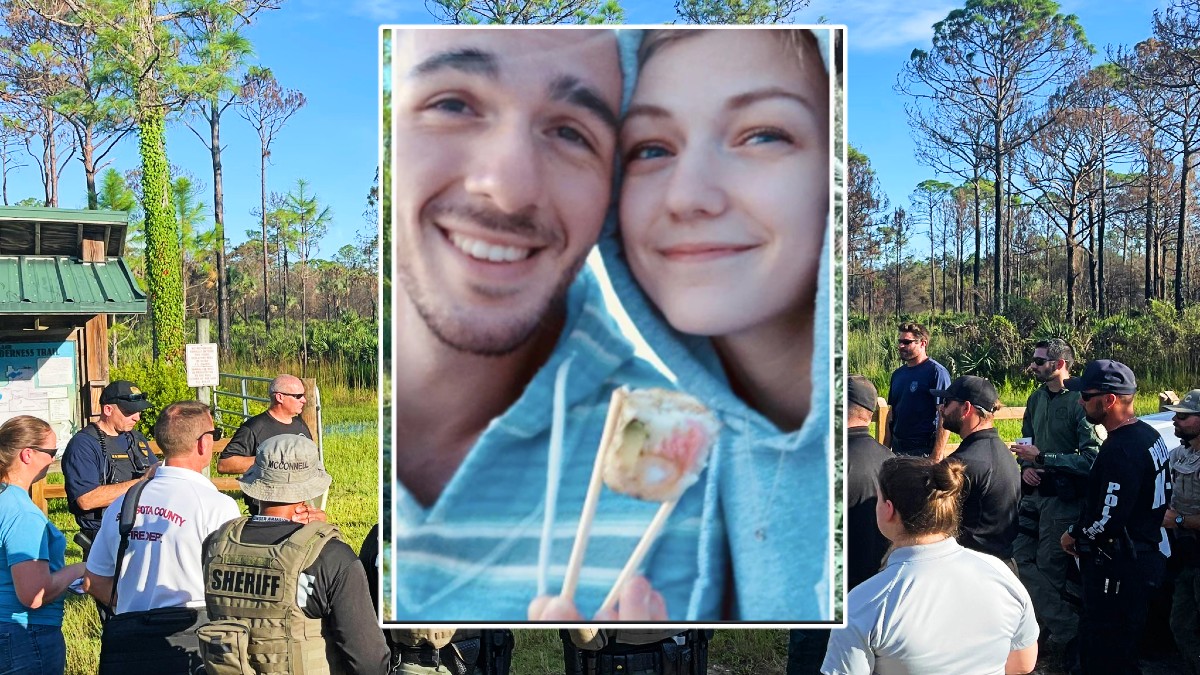 Those who knew the Petito family and those who were simply touched by Gabby's story all showed up throughout the week to leave flowers, signs and other items at a mural showing her with angel wings.

"You walk into the room and she just lit up the entire room. She was always happy, always smiling. You'd never think anything like this would happen to her," said Tori Moretti, a childhood friend of Gabby.

Petito was reported missing Sept. 11 by her parents after she did not respond to calls and texts for several days while she and her fiancé Brian Laundrie visited parks in the West. Her body was discovered Sunday in the vicinity of a remote, undeveloped campground along the border of Grand Teton National Park in northwestern Wyoming and her death has been deemed a homicide.

Her story captured national interest as it generated a whirlwind of news coverage and a frenzy of online sleuthing, with tips, possible sightings and theories shared by the hundreds of thousands online. Josephine Zambrano of Bayport, Long Island, says she was one of those people because she felt for Gabby as a mother herself.

"We all have children. Whether you have daughters like I do, or you have sons. Everybody's just upset," Zambrano said Thursday at the memorial site.

Many visitors left a $20 dollar donation for sand, paper bags and candles. The items are the making of luminaries, a way to light up the night in Gabby's honor. All the proceeds will be donated to the Petito family, organizers said.

Among many tributes left for Gabby, teal ribbons now line the Blue Point street where she grew up. The ribbons were left by Jennifer McNamara, a Petito family friend and the founder of the Johnny Mac Foundation who created the nonprofit after her husband, FDNY firefighter John McNamara, died of 9/11-related cancer.

"I want people to look at the ribbon and remember Gabby. Think of her eyes and how beautiful, vibrant and sparkling she was," McNamara said. Gabby's mother, Nichole Schmidt, is a longtime volunteer and current Johnny Mac Board Member, according to McNamara.