Remains found in an area of Grand-Teton National Park Sunday have been confirmed to be Gabby Petito, whose death was ruled a homicide. Her fiancé Brian Laundrie, a person of interest in the case, has been missing for more than a week

A couple who claims to have spotted the van that Gabby Petito and her fiancé Brian Laundrie were driving may have helped lead law enforcement to the area where the body of the 22-year-old Long Island woman was found.

The couple, Jenn and Kyle Bethune, were camping with their children in and around Grand Teton National Park in late August. The Bethunes document their journeys around the country for YouTube and other social media sites, with their Red, White and Bethune pages.

In a recent video posted to the couple's YouTube page, Jenn explains that she was going through footage of one of their drives in the national park, and she spotted a white van that looked eerily similar to the one law enforcement officials had been asking people if they had seen. 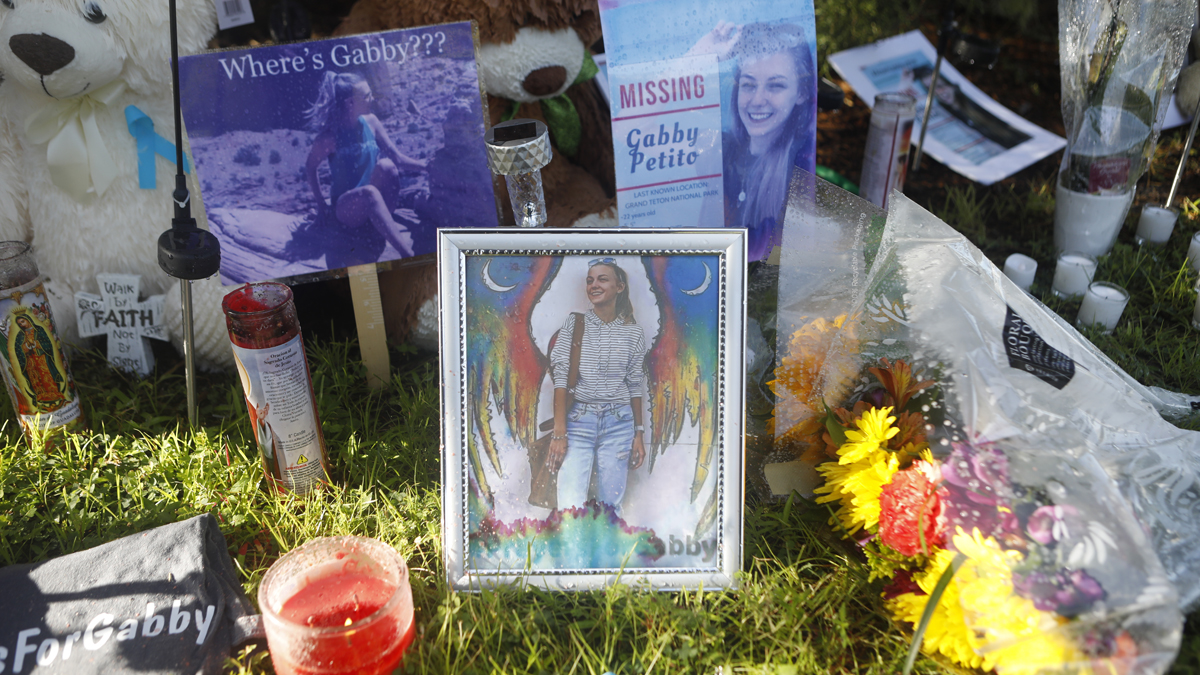 That's when they called the FBI to let them know what they saw in their footage.

"We were heading back on this long dirt, gravel road," Kyle Bethune says on the video. Jenn said on that road is where they came across the white van with Florida plates — which Jenn says they noted because they are from Florida too, and thought about saying hello. But the van was dark, and no one was there, Jenn says on the video.

The FBI hasn't said specifically what brought them over the weekend to search with other law enforcement teams the particular area where Petito's body was found. On Tuesday, orange markers could be seen on rocks throughout the area, hundreds of yards away from the nearest parking area — which is the same one where the Bethunes spotted the van.

The disappearance and death of Gabby Petito and the police hunt for her boyfriend have generated a whirlwind online, with a multitude of armchair detectives and others sharing tips, possible sightings and theories by way of TikTok, Instagram and YouTube. Adam Kuperstein reports.

The area is also where a mysterious stone cross, made from rocks gathered by a nearby creek bed, has appeared at the Spread Creek Dispersed Camping Area in the Bridger-Teton National Forest.

In a press release, the FBI said that the forensic search at the Spread Creek Dispersed Camping Area ended on Tuesday. However, they are still looking for anyone who may have had contact with with Petito or her fiance, Brian Laundrie, or seen their vehicle between Aug. 27-30.

A coroner in Wyoming confirmed on Tuesday that the body found in the park over the weekend is Gabby Petito, and has ruled that her death was a homicide.