The $1.6 million Brink's heist in suburban New York led to the shooting deaths of two police officers and a security guard

Former radical activist Judith Clark has been granted parole after serving more than 37 years behind bars for her role as getaway driver in a deadly 1981 Brink's armored truck robbery in New York.

The $1.6 million Brink's heist in suburban New York led to the shooting deaths of two police officers and a security guard. 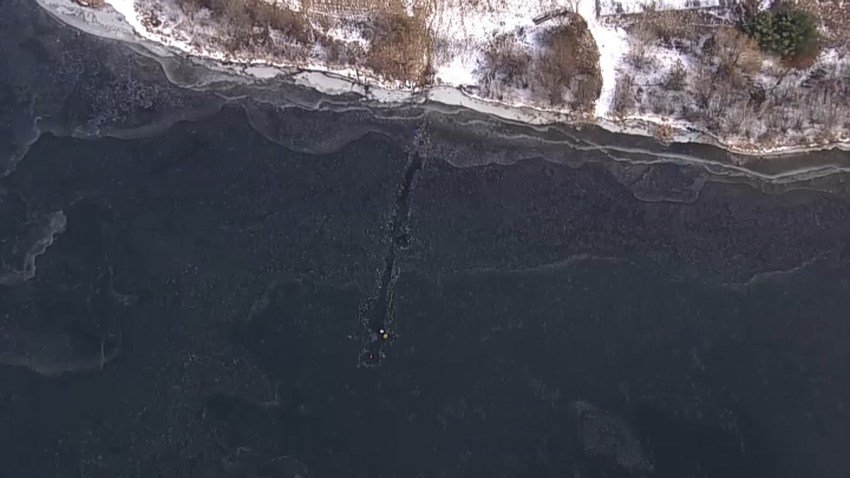 Man Rescued After Falling Through Ice in New Jersey

Democratic Gov. Andrew Cuomo praised Clark's behavior as a model prisoner when he commuted her 75-years-to-life sentence in 2016 to make her eligible for parole.

The 69-year-old inmate has trained service dogs, founded an AIDS education program, counseled mothers behind bars, taught classes and completed certification as a chaplain, according to her representatives. Clark earned a bachelor's degree in behavioral sciences in 1990 and a master's degree in psychology three years later.

Clark had a parole hearing April 3 and presented support statements from more than 2,000 people.

Nevertheless, some law enforcement officials and families of victims opposed her release.

Following news of Clark's parole, NYC PBA President Patrick J. Lynch issued a a statement that read in part: "Judith Clark is a murderer and a terrorist. Because of her actions, three families have been permanently deprived of husbands, father and sons. Those families cannot escape their loss, but Judith Clark will be allowed to escape accountability for her crimes. That is not justice."

The parole board first denied Clark's release in 2017, saying she was "still a symbol of violent terroristic crime."

“I’m so grateful to everyone who has helped take care of my mother and me over the past thirty-eight years and who has helped to bring my mother home. My great hope is that the Parole Board continues to honor the work people do to transform their lives while in prison and lets more families’ loved ones come home,” Harriet Clark, her daughter, said in a statement.