East Village Inferno Burns for More Than 10 Hours; 14 Hurt, Including 11 Firefighters, as Nearby Schools Forced to Close

The entire building, along with two neighboring buildings, was evacuated

Fourteen people were hurt, nearly a dozen of them firefighters, when a six-alarm fire erupted in the East Village early Wednesday, a blaze that took more than 200 FDNYers beyond 10 hours to knock down, authorities said.

One firefighter was seriously hurt in what the FDNY described as a "stubborn" blaze, which broke out inside a five-story apartment building just before 2 a.m. on First Avenue, between East 11th and East 12th streets. Flames were still seen hours later, prompting the city to shut down two schools -- East Side Community High School and P.S. 19 Asher Levy.

The fire started off as a three-alarm blaze burning on the first and second floors, but quickly went to a fourth-alarm and then went up again to a fifth-alarm around 5 a.m. Then it escalated to a sixth-alarm emergency. By 9 a.m., after seven hours, the FDNY had to pull crews from the building amid stability fears.

Fire officials warned knocking down the blaze would be a "prolonged operation due to heavy construction and structural concerns of the building." It was under control by about 12:30 p.m., more than 10 hours after it broke out.

Eleven firefighters were injured. One of them suffered serious injuries, but officials say he is expected to survive; all other injuries to firefighters were considered to be minor. Three civilians also suffered minor injuries. Others were seen wrapped in Red Cross blankets as they looked on. 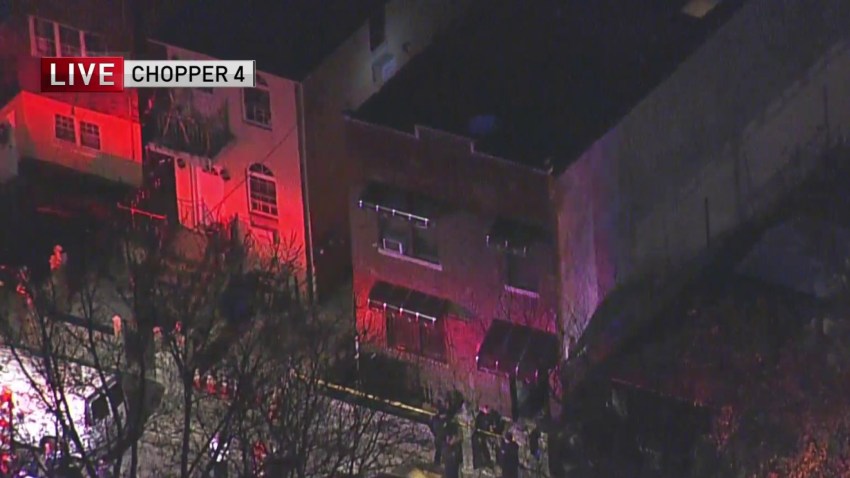 The entire building, along with two neighboring ones, was evacuated. It’s not yet known what may have sparked the blaze.

Commuters were urged to avoid the area.