A 54-year-old man has been charged with aggravated assault in connection with a fight that left a 78-year-old man dead at a diner in New Jersey, authorities say.

Police in Ocean County's Lacey Township got a 911 call around 7:30 p.m. Wednedesday about an unresponsive man at the Lakeside Diner on Lacey Road. Responding officers found Robert Clarke, of Whiting, unconscious and bleeding from a head wound. He was airlifted to a hospital, where he later died.

According to prosecutors, his death stemmed from an argument between members of a motorcycle club inside the diner. The diner owner asked everyone involved in the altercation to leave and a second argument broke out in the parking lot when they did, prosecutors say. It was during that confrontation that Edward Chandler, of Manalapan, allegedly punched Clarke in the head with a closed fist, causing Clark to fall to the ground. He suffered head trauma in the fall.

Chandler is being held at the Ocean County Jail pending a detention hearing, officials said Thursday. Attorney information for him wasn't immediately clear. 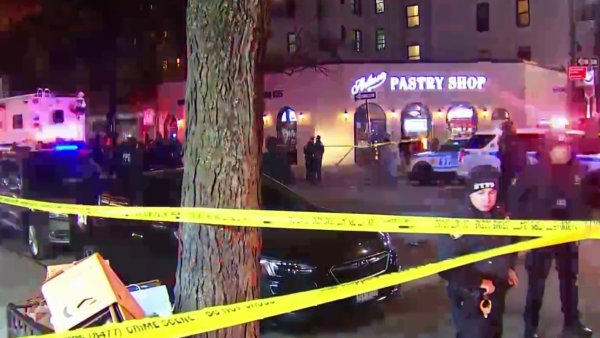 Ocean County prosecutors said they were awaiting autopsy results from the medical examiner's office and "fully" expected additional charges would be filed based on those findings. The investigation is ongoing.