Jesse Gerhard died on Feb. 16 after collapsing at his firehouse; it was a day after he battled a two-alarm fire in Queens

Friends, colleagues and loved ones gathered by the hundreds Wednesday to honor the life and commitment of a beloved New York City firefighter, son and brother who collapsed in his firehouse a day after battling a blaze and later died at a hospital.

Jesse Gerhard was just 33 when he died, but those who spoke about him at his funeral at St. Patrick Roman Catholic Church in Bay Shore remembered an energetic man with a huge heart who not only had a passion for building creations out of wood but an uncanny ability to build relationships, especially at his job.

Michael Ormiston, a senior member of Ladder 134, where Gerhard worked from, choked back tears as he tried to describe the impact he had on him and others.

"This is a gut-punch for me, for our firehouse, for the department," Ormiston said, his voice breaking as he recalled Gerhard's zest for improving "everything" around the stationhouse and his eagerness to be involved in building and new designs.

Senior FDNY Firefighter Michael Ormiston remembered Jesse Gerhard as an innovative firefighter who improved their firehouse with his ideas, and made him "happy to go to work again."

"Jesse was the bridge between senior members and junior members. Because of that, we have become a closer and tighter firehouse and I thank you, Jess," he said. "As a senior member, I was supposed to be teaching Jesse. He was teaching me."

In his eulogy, Mayor Eric Adams saluted Gerhard's courage, commitment and dedication to the people of New York City and reflected on one of his other passions: carpentry. He created items made of wood, and he created hope, too.

"We try to find logic and reason over losing someone so young and so innocent. There is no natural way to respond to this," Adams said, speaking directly to Gerhard's family. "The pain of every holiday, every birthday, every moment, every time members from his stationhouse walk past the table that he created -- every time they hear the name 'Jesse' they relive the trauma of losing someone who is committed to the city of New York. We gather today to mourn this hero."

"He dreamed about being a man who would go in and save lives," Adams added.

"The pain of every holiday, every birthday, every moment, every time members from his stationhouse walk past the table that he created -- every time they hear the name 'Jesse' they relive the trauma ..." Mayor Adams said at his funeral.

Those who watched Gerhard's selflessness in action through his new decade-long FDNY career lined the streets in respect as the engine carrying his casket moved by. Taps played as throngs of uniformed members stood in full salute to the fallen firefighter, some drying an eye as pallbearers carried his coffin inside the church.

The solemn remembrance comes a day after the seven-year FDNY veteran was mourned at a wake in Islip, his hometown.

Gerhard died Feb. 16 after responding to a two-alarm fire in Queens the day before, acting FDNY Commissioner Laura Kavanagh said. He had been working out of a firehouse in Far Rockaway when he suddenly collapsed. He later died at a hospital.

Kavanagh echoed some of Adams' remarks in her own during Gerhard's service, referring to stories his father had told her about his carpentry passion and the legacy of firefighting within his family. Gerhard was strutting around his home wearing a firefighter hat on his head when he was 2 years old, she said.

His grandfather had been one, too.

"Jesse didn't characterize his job as work. He simply loved it too much," Kavanagh said, calling him a dedicated pillar of his family and a stalwart of his own firehouse.

Gerhard's cause of death remains unconfirmed at this point, despite reports he had suffered a heart attack, Kavanagh has said.

The New York City medical examiner’s office told Newsday an initial examination of Gerhard has been conducted but didn’t say whether there were any preliminary findings. It’s expected to be a few weeks before the full autopsy is completed.

Gerhard, a former EMT, was first appointed a probationary firefighter in Dec. 2017. He became the 1,156th FDNY member to die on duty. The Long Beach resident is survived by his parents, his brother and his sister-in-law.

FDNY officials said he continued to save lives even after his death as an organ donor.

According to the department, last week's fire in the three-story house was brought under control in about two hours, with minor injuries reported to four people.

Firefighter Jesse B. Gerhard died of a heart attack after responding to a blaze on Tuesday.

Gerhard had been tasked with forcing open doors to gain entrance to the structure and any interior search areas.

The FDNY’s medical office, in conjunction with a board of municipal doctors, will examine the circumstances leading to Gerhard’s death and the nature of the fire he was fighting, to determine if the death will be considered in the line of duty, Barry Salzman, an attorney whose firm represents the families of dead police officers and firefighters, told Newsday.

A formal determination that the death was in the line of duty unlocks greater monetary and health benefits for a firefighter’s family. A team of specialists and lawyers also reviews a firefighter’s death to determine whether the family is eligible to receive a one-time federal death benefit, Newsday reported.

Andrew Ansbro, president of the Uniformed Firefighters Association, which represents active and retired firefighters, said that office was closed for two years because of the COVID-19 pandemic and is still understaffed and working to catch up on annual physicals. Ansbro claimed some firefighters had gone years without. 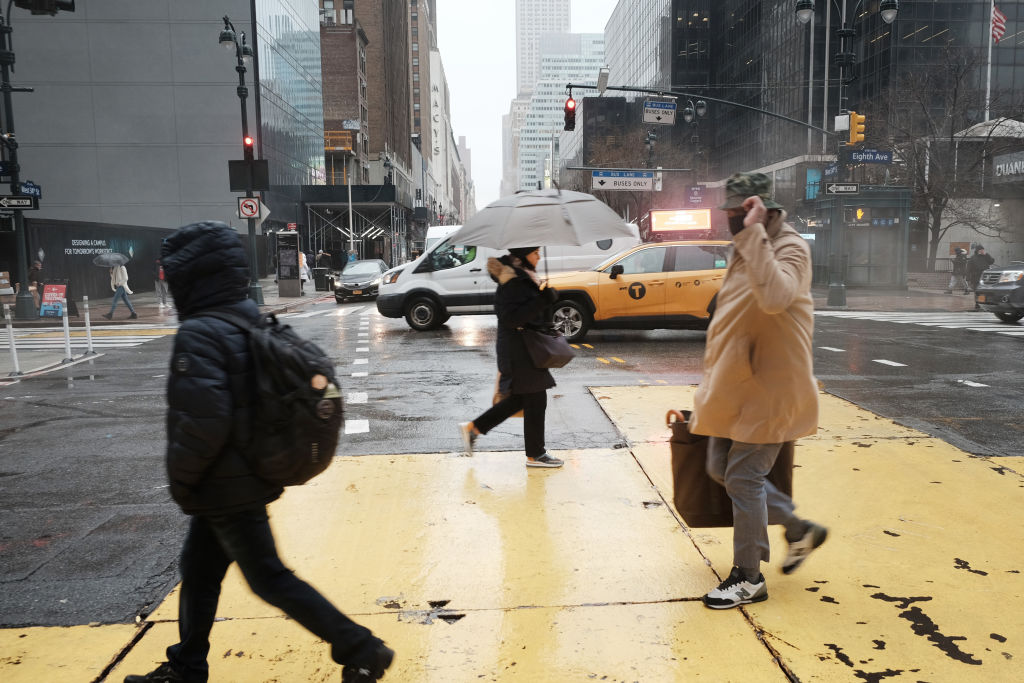 Snowfall Rates of 2 Inches an Hour Possible for Some Friday; Ugly AM Commute Likely for Many 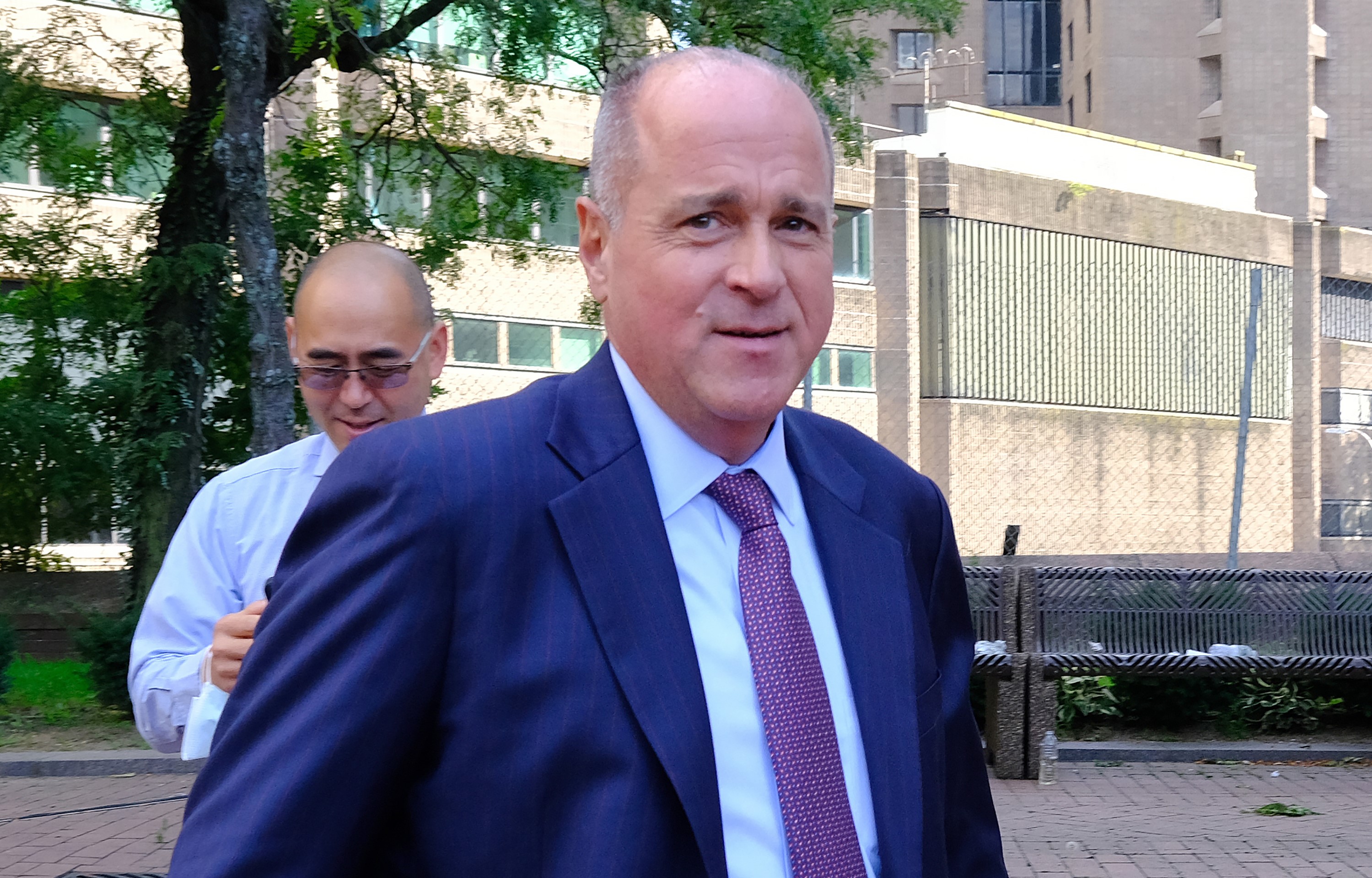 He called on the city to increase staffing in the medical office and bring FDNY physicals up to date as the investigation into Gerhard's death continues. While Ansbro declined to comment specifically on the young firefighter's case, he said several FDNY members have died over the last few months away from actual fires.

The union boss wondered if the wide-ranging impacts of COVID-19 could have left some members with debilitating physical damage of which they were not aware.

Of Gerhard's life, Ansbro said, "Today, we lay to rest a hero who gave his life for the safety of this city and this department. His sacrifice will be eternally remembered by all those who knew him, served this department alongside him, and all those who were kept safe by his actions. May he rest in peace."

Friends, colleagues and loved ones gathered by the hundreds Wednesday to honor the life and commitment of a beloved New York City firefighter, son and brother who collapsed in his firehouse a day after battling a blaze and later died at a hospital. Greg Cergol reports.
Copyright NBC New York