Experts: Cohen May Profit From Criminal Exploits in Tell-All

When Michael Cohen testified before Congress last year, Republican lawmakers worried aloud that President Donald Trump's former fixer would parlay the spectacle — and his criminal exploits — into a bestseller.

“It pains me that we are sitting here adding another chapter to his book," said Rep. Carol Miller of West Virginia.

A year and a half later, Cohen is poised to cash in on a memoir chronicling his time as a Trump acolyte, despite state and federal laws that in many cases ban people from profiting off notoriety caused by their crimes.

Even though Cohen will still be serving his sentence for tax evasion, lying to Congress and campaign finance violations when the book is released Tuesday by Skyhorse Publishing, New York’s so-called Son of Sam laws won’t keep Cohen from profiting from any part of his sordid story, legal experts told The Associated Press.

The law doesn’t apply at the federal level because Cohen’s crimes were nonviolent. And more expansive state Son of Sam statutes, including New York’s, don’t cover Cohen’s convictions, in part because “there really is no victim to notify in this case,” said Matthew T. Mangino, a legal analyst and former district attorney in Pennsylvania who has written about such laws.

That would be the case even if his memoir amounted to a how-to manual for tax evasion and campaign-finance violations.

Cohen has touted his tell-all as a road map to the skeletons he “buried” serving as Trump's personal attorney — the decade in which he was Trump's “first call every morning and his last call every night.” 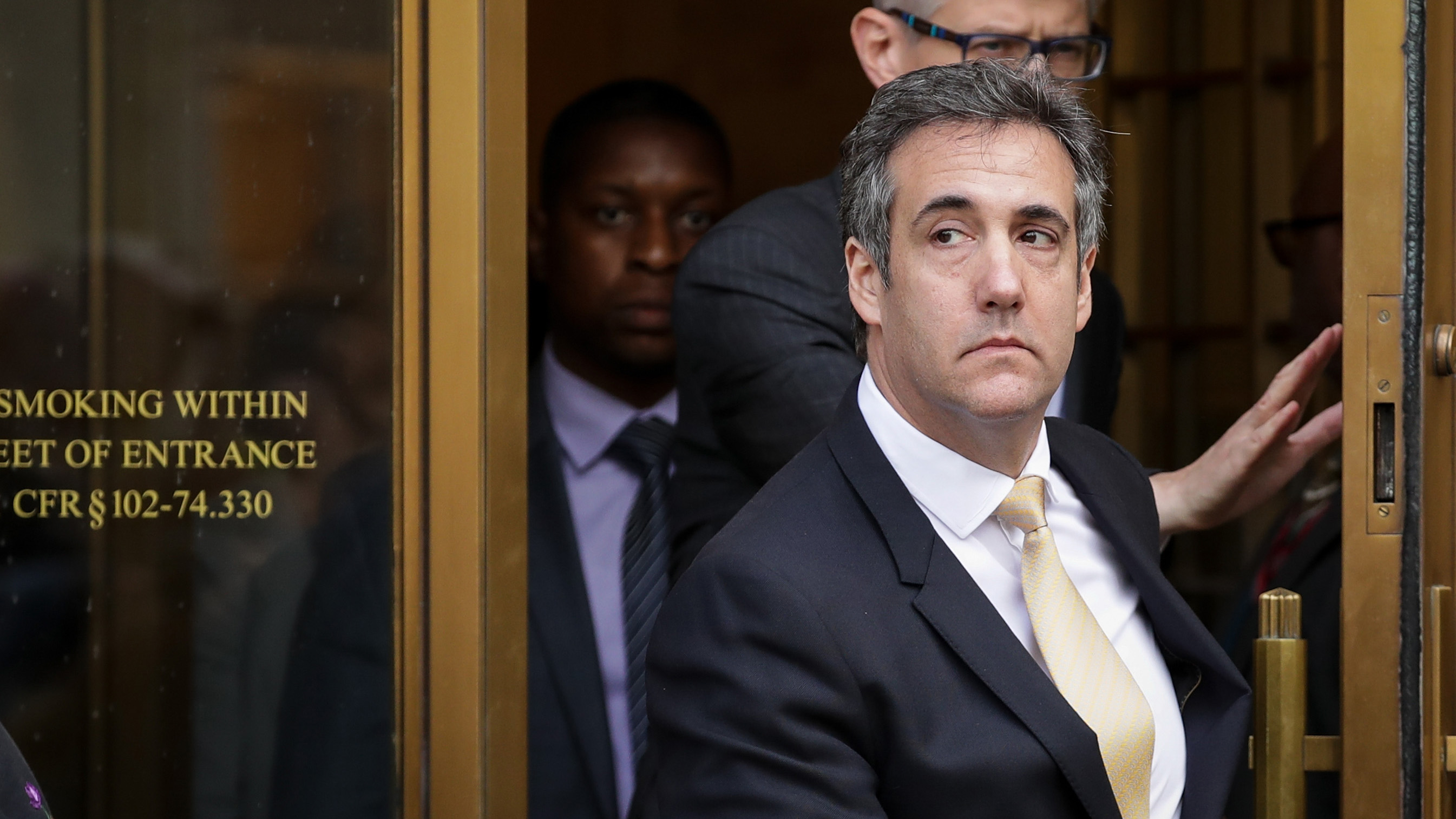 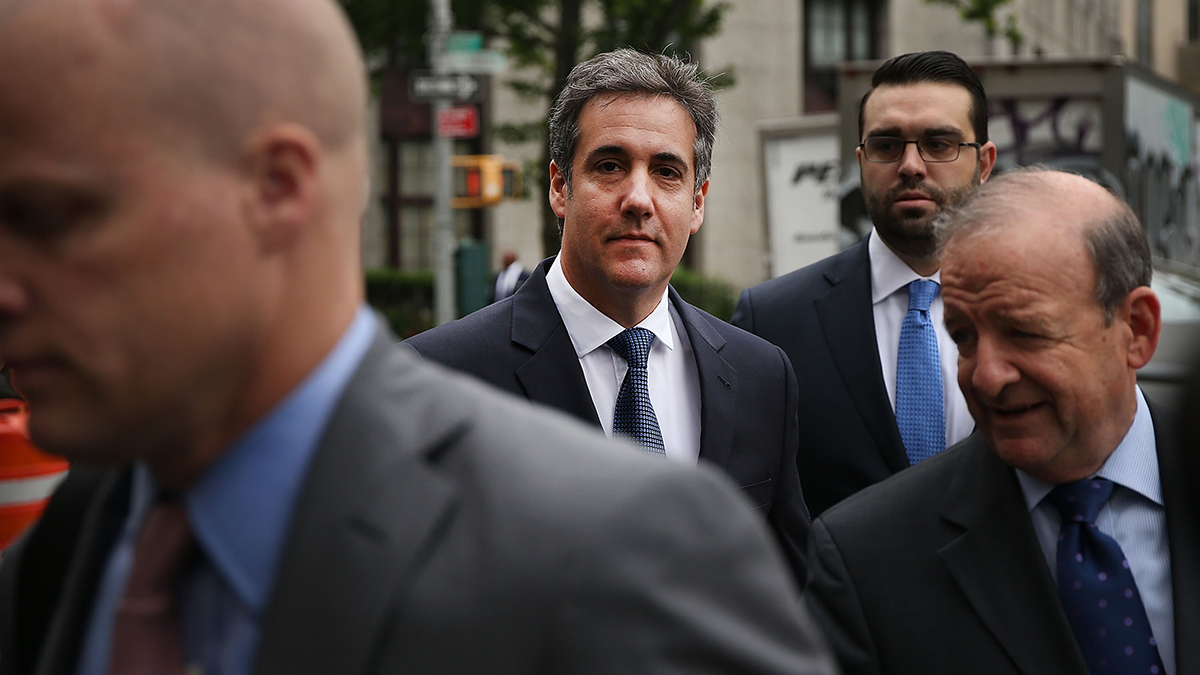 The book, “Disloyal: The True Story of the Former Personal Attorney to President Donald J. Trump,” also will serve as a rejoinder to what Cohen recently described as his “negative experience with the American criminal justice system."

Named for infamous “Son of Sam” serial killer David Berkowitz, who fatally shot six people and wounded seven others in New York City in the 1970s, New York's law barring criminals from turning their crimes into lucrative book and TV deals was invoked as recently as last year by the New York Attorney General's Office. It argued that Anna Sorokin, who was convicted of posing as a German heiress to pull off extravagant thefts, shouldn't be allowed to profit from the royalties from a planned Netflix series about her case.

“The intent of the law was to prevent people from cashing in on criminal conduct,” Mangino said. “But I don’t think there’s any limitation on Cohen profiting from or promoting this book.”

Even if the book's proceeds were challenged in some forum, Cohen likely would contend the book's profits "stem from his revelations of alleged crimes of President Trump and not himself,” said Floyd Abrams, a longtime First Amendment lawyer in New York.

Cohen did not respond to requests for comment. He acknowledges in the book's foreword that some readers will consider him “the least reliable narrator on the planet.”

“The one thing I can say with absolute certainty is that whatever you may have heard or thought about me, you don’t know me or my story or the Donald Trump that I know,” Cohen writes.

In the book's foreword, Cohen refers to the Trump Tower Moscow project he lied to Congress about — a real estate deal he pursued on Trump’s behalf during the heat of the 2016 Republican campaign.

“I stiffed contractors on his behalf, ripped off his business partners, lied to his wife Melania to hide his sexual infidelities, and bullied and screamed at anyone who threatened Trump’s path to power,” Cohen writes in the foreword.

“He crushed or cheated all who stood in his way," he adds, "but I know where the skeletons are buried because I was the one who buried them.”

A federal judge ruled this summer that federal authorities retaliated against Cohen — sending him back to prison in upstate New York after he had been furloughed because of the coronavirus pandemic — for publishing his book ahead of the November election.

Cohen was released to home confinement in July and the government lifted a ban on him speaking publicly.

Cohen wrote in recent court filings that a Trump Organization attorney sent him a cease and desist letter in April contending his memoir was barred by a non-disclosure agreement. But the Trump Organization never produced the document, Cohen wrote, adding, “I do not believe that I ever signed such an NDA.”