The Democrat announced earlier this month his planned Jan. 1 inauguration ceremony would be postponed indefinitely amid the omicron wave sweeping the city

Eric Adams was sworn in as the next mayor of New York City in Times Square just after the ball drops on New Year's Eve, a fitting location as the city fights to propel its pandemic recovery forward in the face of the most infectious COVID variant yet.

As confetti continued to drift across Times Square, Adams recited his oath of office. He used his family's bible to take the oath of office as he is sworn in as the 110th mayor of New York City, becoming the second Black man to hold the position. Members of his family were on hand to help celebrate.

The Democrat made no remarks nor took questions from reporters. He had earlier appeared briefly on the main stage to affirm the city’s resiliency.

“Even in the midst of COVID, in the midst of everything that we’re going through, this is a country where hope and opportunities is always, ever present,” he said earlier in the night.

“It’s just great when New York shows the entire country of how we come back,” he said. “We showed the entire globe what we’re made of. We’re unbelievable. This is an unbelievable city and, trust me, we’re ready for a major comeback because this is New York.” 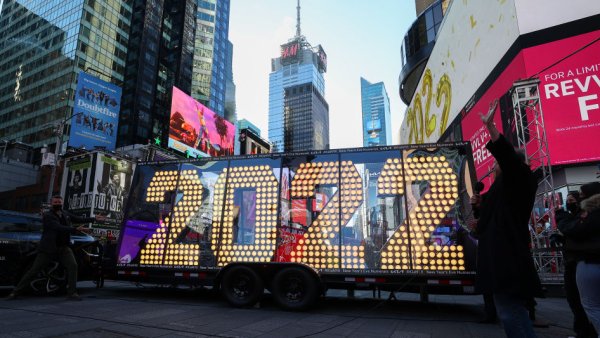 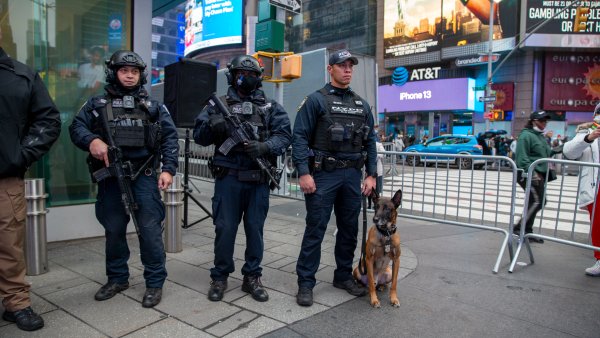 After his swearing in, Adams has a busy first day as the mayor. He'll appear live on "Dick Clark's Rockin' Eve with Ryan Seacrest 2022" as the New Year's show comes to a close. After the sun rises on Saturday, Adams is set to take the subway to City Hall where he will hold a cabinet meeting.

At noon, the Democrat will deliver his first address as the mayor to New Yorkers. Shortly after, he'll sign a number of executive orders.

In the afternoon, Adams will lead a roll at the NYPD's 103rd precinct with the new police commissioner Keechant Sewell. Then he will hold a Q&A outside.

It's unclear when the former NYPD captain and Brooklyn borough president will hold his inauguration. He had said that it would be postponed indefinitely because of spiking COVID cases throughout the city, then he announced the Times Square ceremony.

The choice of Times Square might be an unusual one, but not unprecedented.

Michael Bloomberg also took his oath of office in Times Square in the early minutes of 2002, a very public setting following the terrorist attacks at the World Trade Center on Sept. 11, 2001. The symbolic event was a first for Times Square.