In-person voting in the presidential election began across New York state with long lines building as polling stations were flooded Saturday with people who simply couldn’t wait another moment to cast a ballot.

In some spots, voters reported waiting for hours. The line to vote snaked for a quarter mile outside Manhattan’s Madison Square Garden, which was being used as a polling location for the first time in its long history of hosting basketball and hockey games and concerts by world-renowned performers.

“I wanted to get it done now and I wanted to be part of the crowd on Day One, when it opened,” said Richard Mould, 46, who works in technology. “Because all my friends, my family who live out of state have all voted already.”

New York City’s 88 early voting sites include Madison Square Garden in Manhattan and Brooklyn’s Barclays Center, home to the Brooklyn Nets and the New York Liberty. Several thousand voters who have been assigned to those polling locations will be the first large groups to step inside the arenas since they closed their doors in March amid the pandemic.

Early voters in New York City likely have a different polling location than the one assigned on Election Day. The Board of Elections has a search tool to assist early voters find their correct voting site.

Four friends were waiting to vote with Sophie Hirsh on her 28th birthday. “We wanted to make sure to get our votes in as early as we can, and in person,” said Hirsh, who writes for a sustainability website. “My birthday was the first day of early voting so I thought it would be fun.”

There were epic lines reported across the state, which has just 280 locations where people can vote early — far fewer than there will be on Election Day. Early voting will continue through Nov. 1, then break for a day before the final day of voting on Nov. 3.

In Kenmore, outside of Buffalo, the line to vote at the municipal building wrapped around the village green even before voting began at noon.

“I’ve been waiting four years to do this,” the first person in line, Jared Gressley, 48, told the Buffalo News.

At least 51.8 million Americans have already cast ballots nationally, either by mail or in early in-person voting. That tally doesn’t yet include votes cast in New York.

“If we assume this will be a high interest, high turnout election, moving as many people off Election Day to participate earlier in the program is a better outcome for everyone involved,” said Jarret Berg, an attorney and a co-founder of the nonprofit Vote Early New York. “People can avoid lines entirely, they can avoid any uncertainties with the mail. So we’ve basically rebranded voting on Election Day as the last voting option instead of the first and only opportunity.”

The NYC Board of Elections is bracing for big crowds, and is looking to find ways to create safe spacing amid the ongoing pandemic.

"When you look at other jurisdictions, that could be a bellwether for us. We opened as many early voting locations as we can," said the Board of Elections' Mike Ryan. He is well aware of past complaints of the city's election infrastructure, which has gotten overwhelmed in normal times, and said it's "difficult to tell" what lines over the weekend and beyond may look like given that "we are really in uncharted waters, for us and voters."

Early voting has been an option in New York elections only since last year and to date a lightly used one. Only 118,108 people chose in-person early voting during the state’s September primary — or about 6.7% of the total votes cast. Nationally, around 17.3% of votes in elections are cast early. 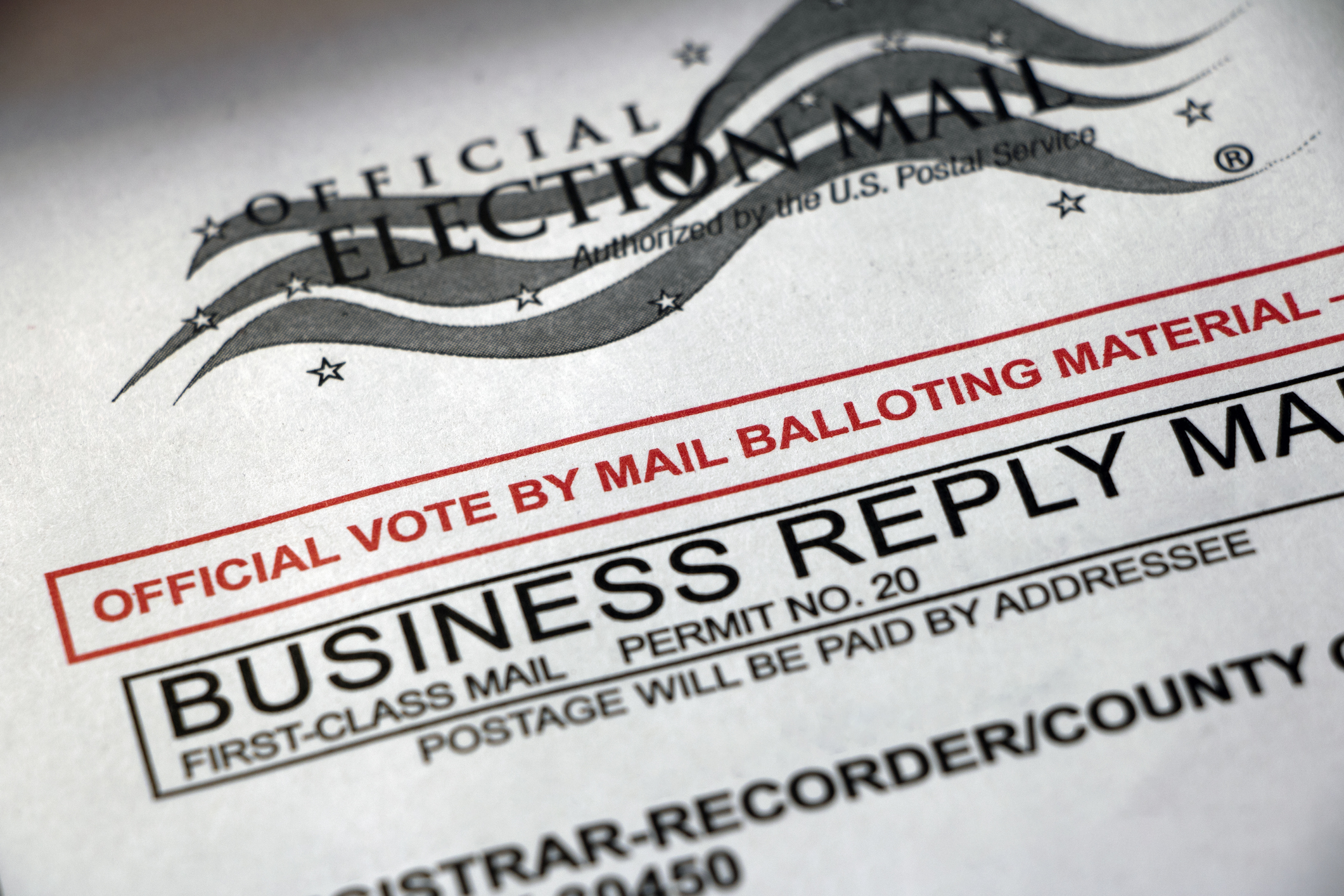 Voting Absentee in New York City? Here's How to Track Your Ballot

Some voters may again face long drives to get to early voting sites this year. About two-thirds of New York counties are offering just one voting location for a second year in a row.

During the June primary, state officials urged people to vote by absentee ballot rather than show up in person. New Yorkers also have that option in the general election, though some could hesitate to mail in a ballot because of mistrust of the U.S. Postal Service or because absentee ballots are often rejected for technical reasons that don’t arise when someone votes in person.

It goes without saying: voting in New York is going to look a whole lot different this year. Lynda Baquero reports on COVID-19 precautions at early voting locations.

The Senate and Assembly passed a bill this year to require counties to set aside at least one polling place in their most populated municipality starting in 2021. That legislation, sponsored by Sen. Neil Breslin, a Democrat, has yet to be sent to the governor’s desk.

Berg said he worries that New York City voters may be confused by rules allowing them to vote early only at their assigned polling site. Outside the city, counties allow voters to vote at any early voting site.

“It makes it harder to tell people about this thing and encourage people to go vote,” Berg said.

And unlike states like California, New York hasn’t launched a statewide campaign aimed at educating voters about early voting. That has left it largely up to cash-strapped counties, voting rights groups and lawmakers to encourage early voting.

The Plus1Vote campaign is organizing marches of voters to head to early voting sites in Brooklyn and Manhattan on Saturday, when state Attorney General Letitia James and Sen. Zellnor Myrie will greet early voters at the Brooklyn Museum.

“To me, it’s just a simple, simple change to get people the opportunity to vote,” said Breslin, adding that he mailed out voting information to constituents. “Whether they do or not, that’s up to them.” 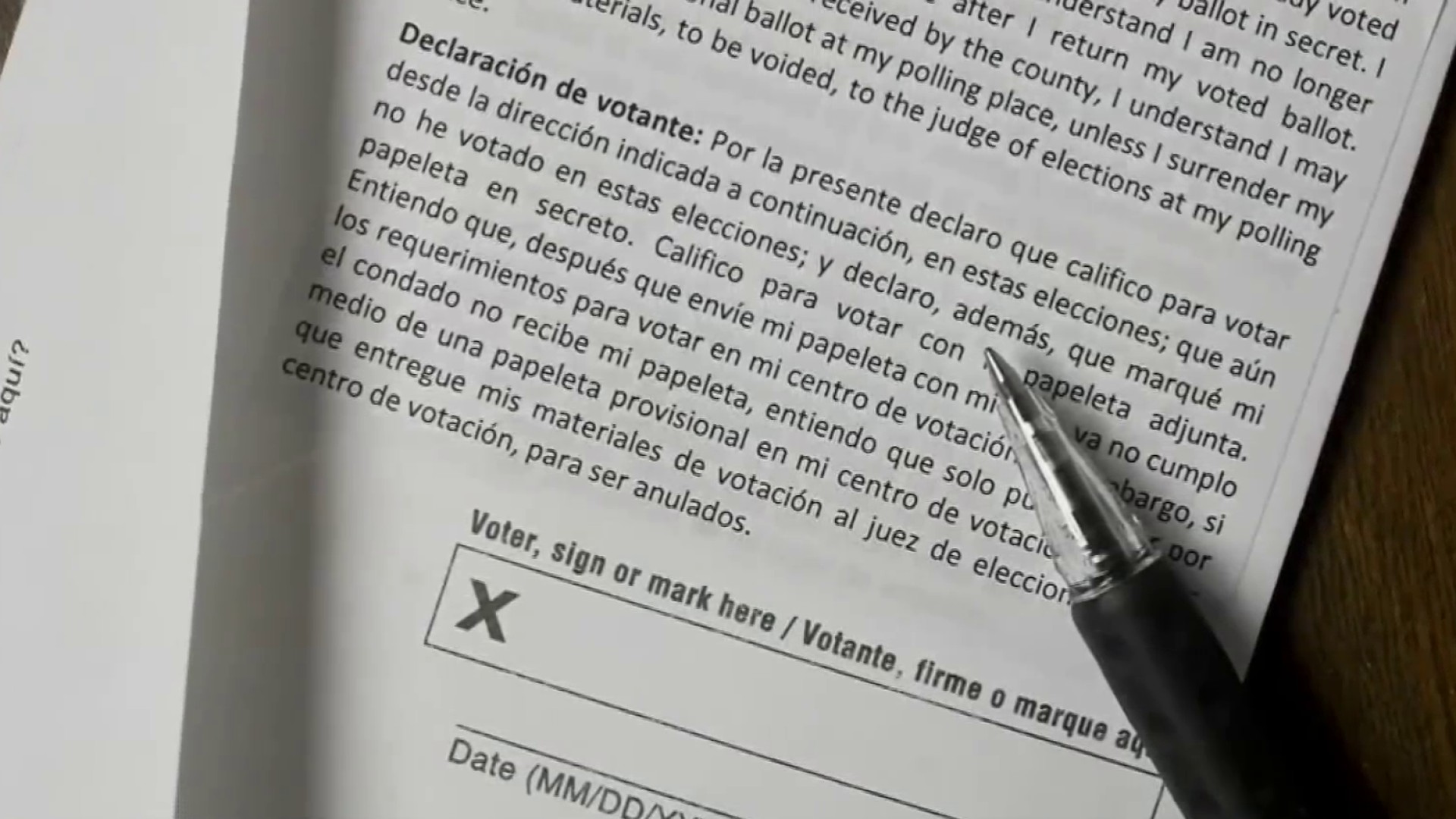 I-Team Election Project: Who's NOT Voting?

In the city, the BOE has been training thousands of poll workers — more than 37,000, to be exact — for weeks, especially younger applicants to take the place of older workers worried about COVID.

For those looking to find out where they are able to cast a ballot in NYC, visit findmypollsite.vote.nyc for more information.

Mayor Bill de Blasio announced on Friday that a team of lawyers and volunteers called the Elections Observer Corps would be established to make sure no one interferes with voting.

"We are going to have a strong voter protection effort because you can not let this election be stolen by intimidation," de Blasio said.