NYC Driver Threatens Young Protesters With Knives, Tries to Run Them Over: Cops

Video showed the man jumping out of his SUV as he passed a group of protesters on the Cross Island Expressway overpass, and was seemingly sporting a device that allowed him to wield at least two knives in one arm

An incensed driver in Queens tried attacking a group of young protesters with knives attached to his arms, then got in his car and tried to run them down on the sidewalk, after he believed something was thrown at his car.

Video showed the man jumping out of his SUV on Tuesday as he passed a group of Black Lives Matter protesters on the Cross Island Expressway overpass. He seemingly was sporting some sort of device that allowed him to wield at least two knives in one arm, and chased down some of the demonstrators.

The protesters denied throwing anything at the man’s car, but that didn’t stop him from taking the attack to another level. The driver was seen in an Instagram video get back into his SUV, and then drive down the sidewalk where the small crowd of young protesters was. 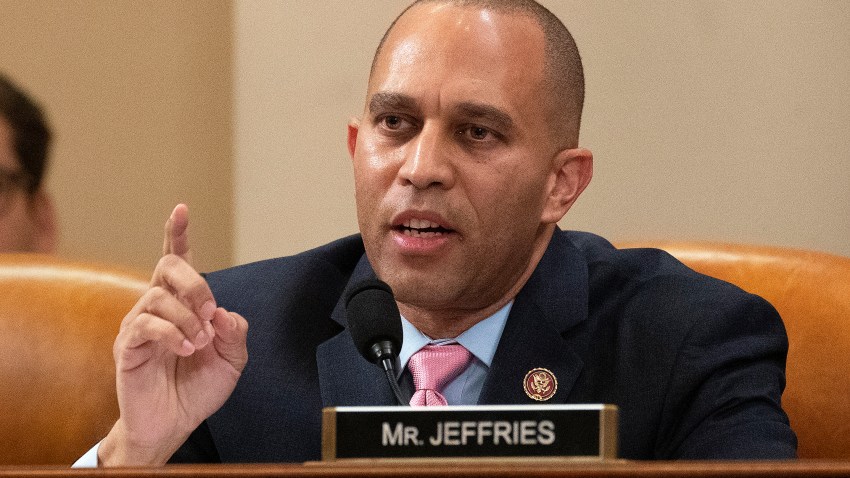 Crime and Courts 13 hours ago

“I thought I was going to lose my life yesterday over for fighting for what’s right,” Briana Hernandez said, who along with her four friends narrowly escaped getting plowed over. “I didn’t do anything wrong, I was two inches away from getting hit by that car.”

Hernandez said she and her friends have been out here every day to raise awareness and force change. She said they’ve gotten all kinds of reactions: Most people honk, others yell taunts – but nothing like the attack they experienced.

Police took a report but said no one was arrested and the incident is under investigation, with police providing protection to the group and detectives interviewing those who were nearly run over.

“What happened yesterday was really disgusting, there’s tire marks on the sign from where this guy drove here,” said protester Marc Anthony. “Not only did he try to run us all over, he came out with a weapon