An SUV driver who swerved to avoid hitting a dead cat in the middle of a Brooklyn street wound up hitting the gas pedal, flying over a curb and across three lawns before crashing into a man and then plowing into a house, taking out a light pole along the way, witnesses and authorities said.

"She tried to avoid hitting that cat and she just lost it," said witness Stephan Lamour, who watched the wild ride unfold through his Canarsie neighborhood. "Instead of the brakes, she pressed the gas."

A family eating lunch inside the house where the SUV landed on the stoop were startled by the crash. 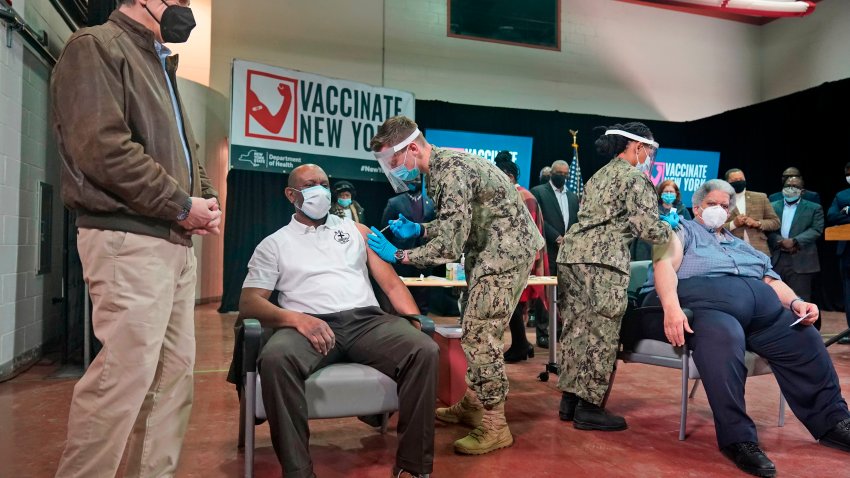 Are We Close to ‘Over' Yet? Monday Marks 1 Year Since NY Reported Its 1st COVID Case; NJ Teachers Get Vaccine Date

"We heard a large screech, tires, then there was a loud boom," said Marvin Kipp.

Aubrey and Marvin called police and ran outside, where Lamour run over and helped put the SUV in park. Together, the neighbors checked on the driver and the man hit by the car, who had been walking door to door deliver fliers for a decorating service.

"I thought he went through the window and I said, 'What's he doing on the floor?'" said Lamour.

With so many children in the neighborhood and on the first day of summer when so many residents were doing yard work, neighbors said the crash could have been much worse.

Neither the driver nor the man hit suffered life-threatening injuries, said police. The crash remains under investigation.