Demonstrators rallying in support of Ukraine waved large and small flags in the country's colors of blue and yellow Thursday on the streets of Manhattan as they protested Russia's invasion.

Shouts of “Stand with Ukraine" came from the gathering in Times Square and another on Manhattan's east side near the Russian Federation's mission to the United Nations. Many at one rally were terrified for family back in Ukraine, who are scared and hiding.

"Under marshal law, they cannot even travel anymore. They're in a very dire condition, like psychological condition," said Constanin Kojan. 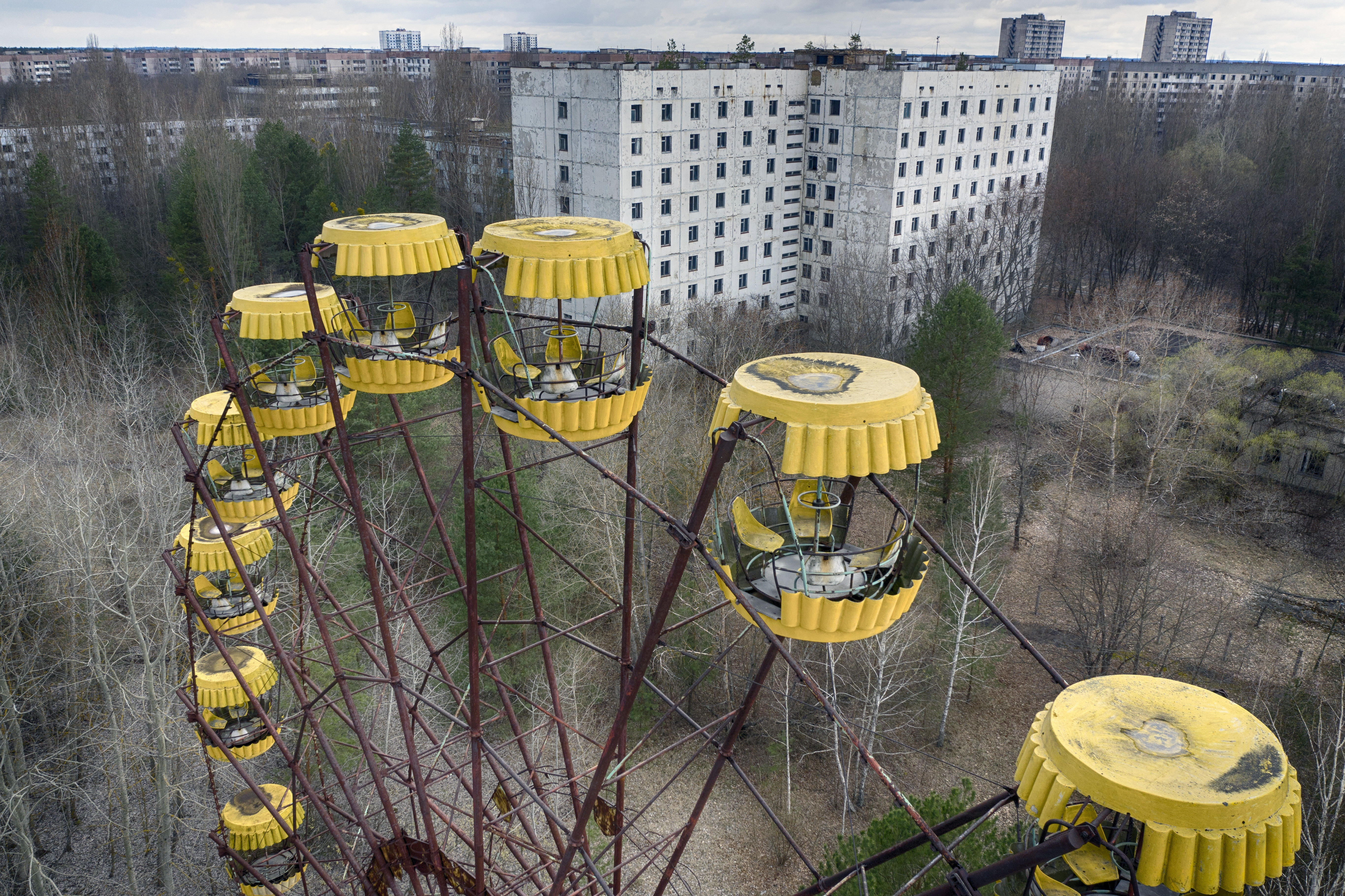 Why Would Russia Want to Take Chernobyl? 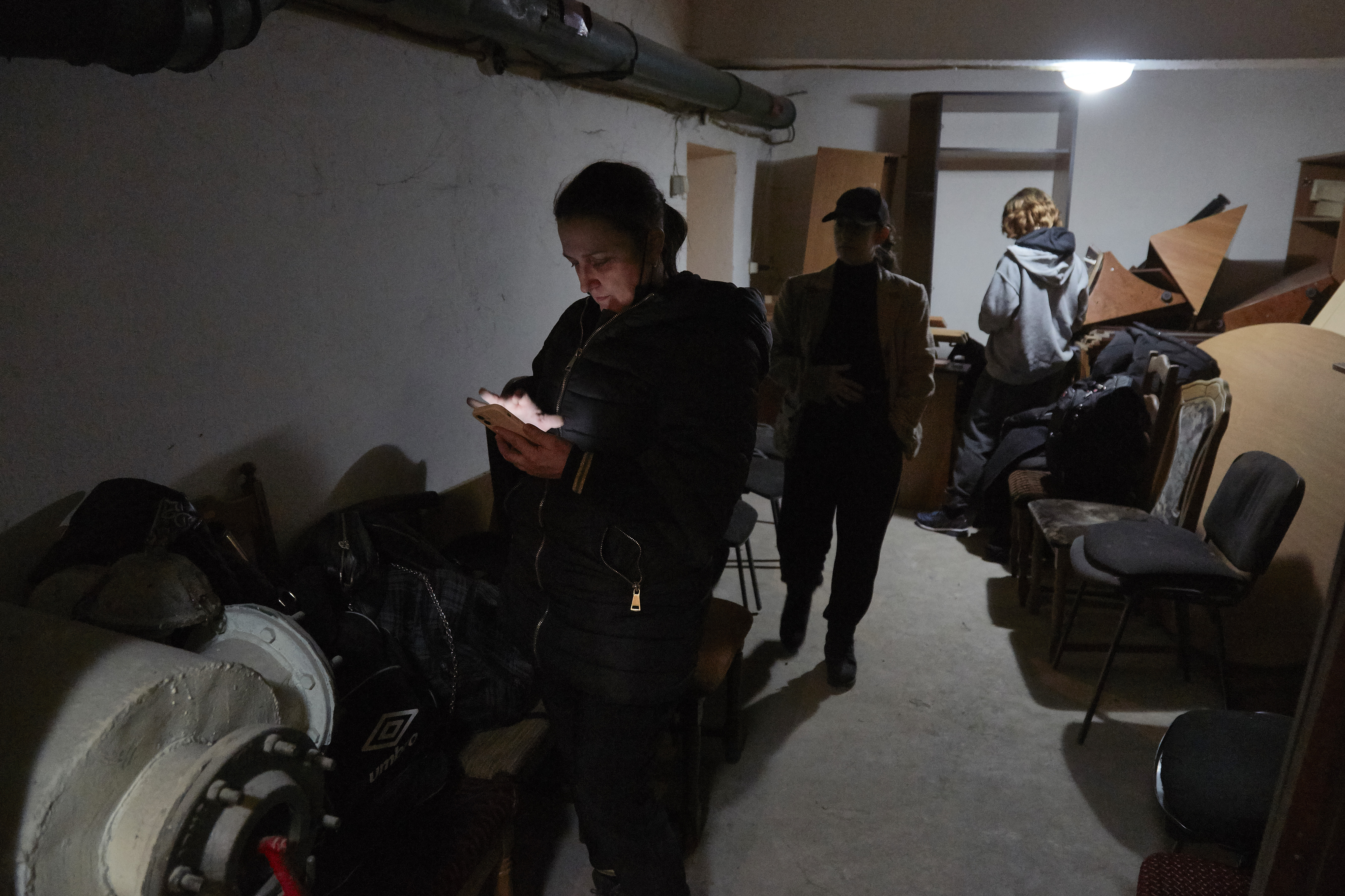 ‘The Worst Sunrise in My Life': Ukrainians Wake to Attack

Another protester said his brother and father took the rest of the family to a safe place outside of Kyiv, and were heading back into the city Friday morning to defend it.

Ralliers also carried a number of signs against Russian President Vladimir Putin, who launched a massive invasion of Ukraine on Thursday.

“Putin, hands off Ukraine" read one and “Stop Putin" was on another as marchers chanted, “Stop the war."

Some of the protesters in NYC — which has the largest Russian population in the western hemisphere — described Ukraine as an imperfect but open and peaceful country, one which has no interest in living under Putin's rule.

"It's a very peaceful, non-racist, non-antisemitic, Democratic country that can deal with their own problems," said Kojan.

Inside St. George Ukrainian Catholic Church, some took time Thursday to to pray for loved ones back in Ukraine, as they wait to hear what happens next. The church put up candles and a sign, stating simply, "pray for Ukraine."

"This is not going to end fast, and the toll on civilians is going to be horrific," said Daniel Ptashny. "The unprovoked attack against the country has the potential to turn millions of people into refugees."

The church is located in what is known as Little Ukraine in the East Village, where about a third of the city's 80,000 Ukrainian Americans live. In the neighborhood, the pain of what is happening overseas is overwhelming for many.

"It's very painful. I have an aunt who is disabled, she can't even move to the shelter, so she's just sitting there waiting to die. And this is a horrible feeling," said protester Tetyana Sirman.

A protester from Belarus said he wanted to show his Ukrainian neighbors are not alone, and "support them as much as we can." Another man at a rally said he was from Russia, but was also standing up for Ukraine.

"Russian people friends with Ukraine people, this is my friend. I don't like war between Russia-Ukraine," said Alex Zoborozhtsev, who joined in the anti-Putin chants.

Over in Brooklyn's Brighton Beach, which has a sizable Russian immigrant population, many feel similarly.

"Terrible — all Russians, Ukrainians, is the same nation. It's like civil war," said Lenny, a Russian immigrant. He had one word to describe Putin: "Maniac."