Former Weather Underground radical David Gilbert described his path from nonviolent 1960s activist to would-be revolutionary during a 4 1/2-hour hearing before the New York state parole board panel that approved his parole in October, 40 years after he served as a getaway driver in the botched Brink's robbery that left three men dead and several others wounded.

“The change for me came after Martin Luther King was assassinated,” Gilbert told a three-member panel of commissioners during his Oct. 19 parole hearing at Shawangunk Correctional Facility in the Hudson Valley.

The 171-page transcript of the parole hearing was released to The Associated Press on Thursday in response to a freedom of information request. Names of individuals and some other details were redacted. 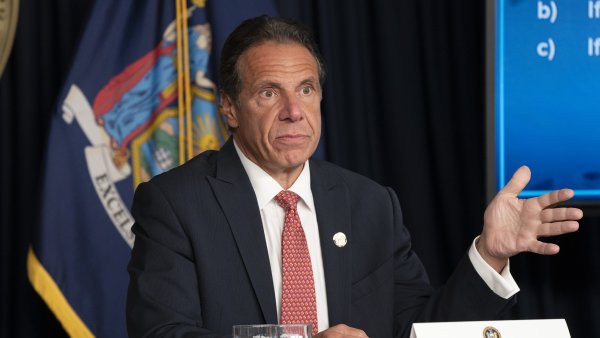 Gilbert, who is now 77, told the parole commissioners that when riots erupted in cities across the U.S. following King's 1968 killing and the murders of other civil rights workers, “that's the point where I abandoned the nonviolent philosophy.”

Though unarmed, Gilbert was charged with robbery and murder for his role in the crime and sentenced to 75 years to life in prison.

Gilbert became eligible for parole when his sentence was commuted by former New York Gov. Andrew Cuomo just before he left office in August. Cuomo, in announcing the commutation, said Gilbert’s convictions “were related to an incident in which he was the driver, not the murderer.”

A Brinks truck heist that left three people dead was 40 years ago today. Lynda Baquero reports on remembrances of that day.

The board granted Gilbert parole on Oct. 26 and he was released from prison on Nov. 4. Commissioners cited Gilbert's “sincere remorse” and his groundbreaking work developing AIDS education and prevention programs in prison in approving his release.

Gilbert's attorney, Steve Zeidman, said Thursday that Gilbert is grateful to the parole board and is adjusting to life outside prison. “The board is to be commended for focusing on the present instead of the past,” Zeidman said.

Gilbert's release was championed by supporters including his son, San Francisco District Attorney Chesa Boudin, but was opposed by law enforcement groups and members of the Brink's victims' families.

"Former Governor Andrew Cuomo and the Parole Board should be ashamed for allowing this domestic terrorist to walk free on our streets,” Rockland County Executive Ed Day said when Gilbert was granted parole in October. “There’s no reason that David Gilbert should not have to face the full consequences of his heinous crimes, no matter how much time has passed.”

Gilbert expressed sorrow for the victims repeatedly during his parole hearing.

The getaway driver behind the wheel of a stolen Brinks truck was granted clemency by former Gov. Andrew Cuomo in one of his last acts as the state's top executive. Lynda Baquero reports on the reaction from the families and communities affected by the crime.

“I mean, nothing repairs the horror and damage of the crime, nothing,” Gilbert said. He said nothing makes up for what “the families went through, wives carrying on without husbands and children without fathers and, as you pointed out, a number of other people wounded, a whole community's sense of safety and security are shattered, so justice in that sense, there's no way to repair that or make up for that.”

During the hearing, which one of the commissioners said lasted four and a half hours, Gilbert went over his history as a teenage supporter of the civil rights movement and a student activist at Columbia University who grew increasingly radicalized and joined the Weather Underground, a militant split-off from the activist group Students for a Democratic Society.

At the time of the Brink's robbery, Gilbert had been underground for several years living under assumed names to escape the law as his fellow radicals planned bombings of government facilities. Gilbert said his role was mainly as an educator, leading classes and discussion groups while others were building bombs.

Gilbert's partner at the time, Kathy Boudin, was also convicted in the Brink's robbery and was released from prison in 2003. Chesa Boudin was a toddler when his parents were arrested.

“We actually dropped our son off — you know, the most adorable creature in the world — dropped him off at a babysitter and said we'll be back in a few hours,” Gilbert told the parole board.

Chesa Boudin was elected San Francisco district attorney in 2019 as part of a national wave of progressive prosecutors determined to reform the criminal justice system. He faces a recall election in June spurred by critics who say he has failed to prosecute repeat offenders and allowed them to commit more crimes.