David Banks, 59, is a longtime educator and a police officer's son who founded the Eagle Academy, a network of schools that serves almost entirely young men of color

New York City Mayor-elect Eric Adams announced David Banks as his pick to lead the nation's largest school system on Thursday, selecting a longtime educator and a longtime friend committed to addressing racial inequities in education for the job.

Adams made the announcement outside Public School 161, the elementary school in Crown Heights that Banks once attended. Banks, 59, is the founder of Eagle Academy, a network of schools that serves almost entirely young men of color.

Banks is considered an intriguing choice given the schools he founded are rather atypical, offering mentorships and longer school days. They raise private funds from outside the system and their graduation rates outperform the city's Department of Education schools, but at the same time are unlike charter schools in that their instructors are members of the city's powerful teachers union.

Given his history, Adams said Thursday Banks is the ideal candidate to lead a historically "dysfunctional" New York City public school district in terms of how it has addressed entrenched racial and socioeconomic disparities.

“We have a once-in-a-generation opportunity to reimagine our education system – and David Banks is the right person to take on the challenge," Adams said. "Our schools continue to face deep, long-standing inequities that have only been exacerbated during the COVID-19 pandemic. I felt these inequities firsthand 40 years ago, as a boy growing up in South Jamaica, Queens, being bussed every day to Bayside High School."

“As Chancellor, David will work tirelessly to implement my vision for a school system where every child is given the opportunity to succeed, regardless of zip code; where educators take a whole-child approach, instead of reducing students to a test score; where students with the learning disabilities get the support and resources they have been denied for too long; and where we finally recognize that education should be pregnancy to profession, not cradle to career," Adams continued. "We are ready to get to work on behalf of our children on Day 1,” 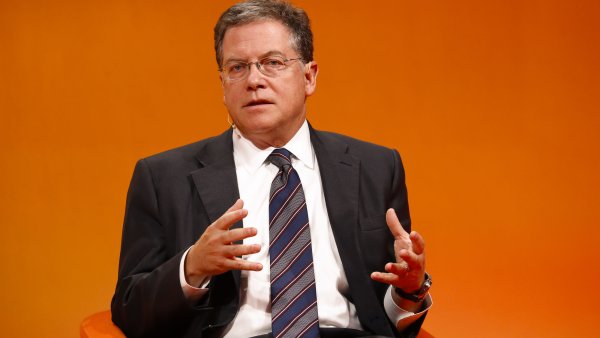 The United Federation of Teachers applauded Banks' appointment, calling him "an educator who deeply cares about children."

"We have worked well with David in the past, and we look forward to continuing that relationship as he takes on the challenge of running 1,600 schools still suffering from the effects of the pandemic," UFT President Michael Mulgrew said.

As a graduate of the New York City public school system, Banks will be responsible for educating about a million school-aged children who suffered learning loss during the pandemic.

He will also be in charge of implementing some of Adams' pet proposals, like screening every child for learning disabilities as well as deciding the fate of the gifted and talented programs.

Mayor Bill de Blasio announced in October that he was starting a process that would begin next year to phase out the program, which critics say favors white and Asian American students, while enrolling disproportionately few Black and Latino children.

Adams quickly responded to the news and said he would preserve the program and expand it.

“He can’t get rid of it until next year. There’s nothing to put back in place,” Adams said, adding that he would evaluate the program and expand opportunities for accelerated learning and for children who have barriers to learning.