A federal judge whose son was slain at their home by an attorney who had stalked her invoked his memory Friday at the signing of a New Jersey law aimed at protecting judges’ personal information from being publicly accessible.

“With today’s bill signing, I believe, symbolically, Daniel is doing what he did for his father and I — he is protecting the lives of countless judicial officers,” U.S. District Judge Esther Salas said as she choked back tears.

Twenty-year-old Daniel Anderl was shot on July 19 by an assailant dressed as a FedEx deliveryman as he answered the door at the family’s New Jersey home. Salas, who sits in federal court in Newark, was in another part of the house and wasn’t injured, but her husband, Mark Anderl, was shot and seriously wounded. He attended Friday’s bill signing with Salas.

The gunman was identified as Roy Den Hollander, a self-described “anti-feminist lawyer” who had a case before Salas involving a woman who wanted to register for the men-only military draft. Among thousands of pages of often racist and misogynistic screeds posted online, Den Hollander derided the judge as having traded on her Hispanic heritage to get ahead. 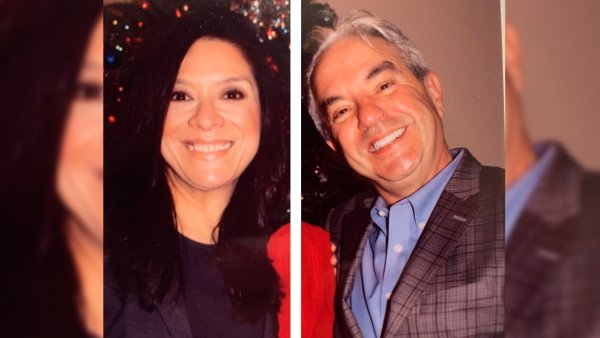 Den Hollander was found dead of a self-inflicted gunshot the day after the ambush. Authorities later concluded he also shot and killed a fellow attorney in California in the days before the attack at Salas’ home.

Den Hollander had a document with information about a dozen female judges from across the country — half, including Salas, Latin — with him when he was found dead, two people with knowledge of the investigation told The Associated Press at the time. They spoke on condition of anonymity because they were not authorized to speak publicly about the case.

Daniel’s Law, signed Friday by Democratic New Jersey Gov. Phil Murphy, imposes penalties on anyone who publishes personal identifying information such as home addresses or phone numbers for active and former federal, state, county and municipal judges and their family members, as well as prosecutors and law enforcement officers.

Portions of documents containing an address, for example, would be excluded from the definition of “government record” under public open records laws.

Posting home addresses or unlisted phone numbers online could be punished by up to five years in prison depending on the circumstances.

Similar legislation has been proposed in Congress that would apply nationwide.