Cuomo said there are five pillars to focus on: schools, crime, economic recovery, keeping the city clean and getting the homeless into shelters

Kids in schools, safe and clean streets, and business reopening their doors — all part of Gov. Andrew Cuomo's plans for getting New York City back on track after being derailed by COVID-19.

Even though the state (and especially some areas in the city) are still dealing with big coronavirus concerns as some numbers trend in the wrong direction, Cuomo on Tuesday announced how he intends on getting the city back on its feet.

In what he called a "New York City Stabilization and Recovery Program," Cuomo said there are five pillars to focus on: schools, crime, economic recovery, keeping the city clean and getting the homeless into shelters. 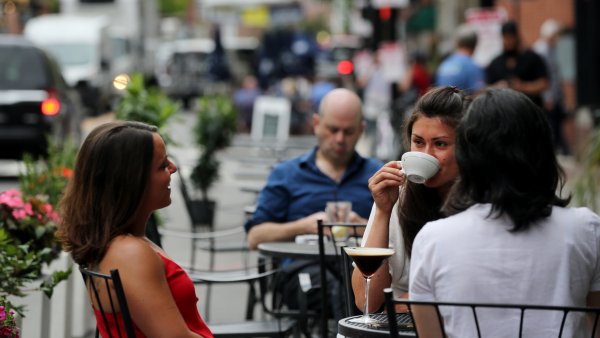 Fall Could Bring Chill to Dining Out 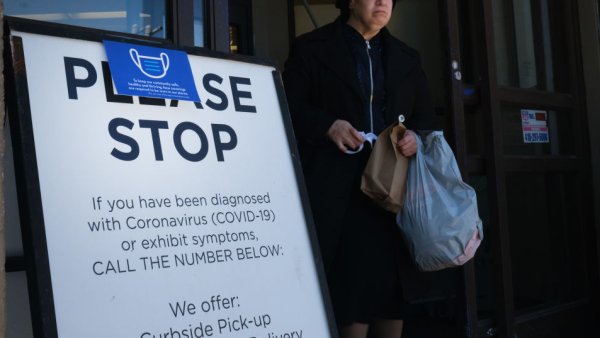 For schools, Cuomo said the main goal is to keep students healthy and safe as they return to classrooms for the first time since March. He assured parents that while it seems most people want children to be back in school, the state will not hesitate to shut down a school — or all the schools — if numbers go up or if schools don't report testing data.

"If the schools are not safe, I'm not going to allow them to operate," Cuomo said. "Would I send my child knowing the facts that I know, that's my decision point."

If the data warrants, Cuomo said he could close down any school in the state.

When it came to crime, Cuomo put it bluntly: "New Yorkers should be concerned about crime ... Denial is not an option."

Citing the still-continuing spike in gun violence that started over the summer, as well as growing tensions between police and communities overall in the county, Cuomo said there are big fixes that should be made to the NYPD and policing strategies overall, like more multi-faceted response teams.

"Why is every answer to 911 a person with a gun? How about if it's a substance abuse issue, mental health issues — why always a gun? Cuomo asked. "When the only tool you have is a hammer, everything looks like a nail. That's your only solution to that issue."

In what he said should be a redesign to public safety, all jurisdictions statewide need to reevaluate their policing by April 2021 — or risk losing state funding. Cuomo said the city had yet to start making adjustments or plans to change.

As for economic recovery, the governor said the focus would be on initial stabilization before eventually moving on to ideas aimed at long-term prosperity. The biggest hurdle in that regard remains getting federal funding for state and local governments — something that the Trump administration did not appear to be eager to do, but Cuomo expressed hope that if Democratic nominee Joe Biden were to win the election, it would be a different story.

Cuomo was also very direct about what he sees as the city's problem with cleanliness on the streets, and said he had been getting complaints regarding sanitation.

"Garbage piling up, literally, people saying there is an odiferous environment because of the garbage piling up," Cuomo said. "I don’t know what’s going on in New York City. If they can’t do it, I have offered to send in the National Guard to help pick up the garbage. This is a public health pandemic. Cleanliness matters."

Stemming off of city cleanliness, Cuomo also said the issue of homelessness still needed to be addressed. He pushed for reopening shelters that had been closed to prevent COVID from quickly spreading among residents who would be staying in close quarters, adding that getting them tested and given treatment "should have been done a long time ago.

The number of NYC COVID-19 hospitalizations is ticking up, as officials fight to combat soaring infection rates in certain neighborhoods that threaten to evolve. Outbreaks in Rockland and Orange counties are also fueling heightened concern -- to a degree Gov. Cuomo said makes it the "largest cluster" the state has addressed.

Cuomo said the reasoning behind the plan is the understandably "high level of anxiety" in the city, and said that acting to make things better may help people feel more normal. He said he wasn't sure how many of the changes would be able to remain permanent.

The governor's plan for New York City came less than a week after de Blasio unveiled his own recovery agenda for the five boroughs, one that focuses on sustained COVID-19 progress, investment in public health research, new job creation to improve public health and better serving the historically underserved.