‘Who the Hell Will Protect Innocent NYers?' Backlash Mounts After Latest Cop Shooting

The suspect was shot in the head when NYPD officers returned fire and later died, the attorneys representing him said; the wounded officer was treated at Lincoln Hospital and released overnight

Backlash was swift -- and mounting -- after an accused turnstile jumper awaiting sentencing in a weapons case allegedly shot an NYPD officer in the Bronx following a chase Tuesday night, with the mayor saying he never should've been on the street.

The officer, whose name has not been shared publicly, was released from the hospital hours after being shot in the arm near Third Avenue and Claremont Parkway in the borough's Claremont section around 10:45 p.m.

The suspected shooter, 25-year-old Rameek Smith, was shot in the head when officers returned fire. The Legal Aid, which is representing him, says he later died.

An NYPD officer was shot after chasing after a man with a gun in the Bronx Tuesday night, according to police. NBC New York's Romney Smith reports.

Smith, who a senior law enforcement official said has a history of mental illness, has multiple previous arrests, including one for robbery on Staten Island in July 2016. Smith pleaded guilty and received five years probation in that case.

While on probation he was again locked up for criminal possession of a weapon after allegedly being caught with a gun while evading a subway fare at a Coney Island subway stop in March 2020.

Cops questioning him allegedly found a 32-caliber handgun on him. That case is still open, police said, after Smith pleaded guilty in December and was released on his own recognizance. He is awaiting sentencing.

Mayor Eric Adams was outraged Smith was on the street with that case pending.

"This is what we're dealing with — a perpetrator with multiple arrests. The last arrest: criminal possession of a weapon. How was he found to have been carrying the weapon? Jumped the turnstile at the subway station, and had the weapon on him," the Democrat said at an early Wednesday press conference. "People want to ask why am I cracking down on fare evasions? That's why." 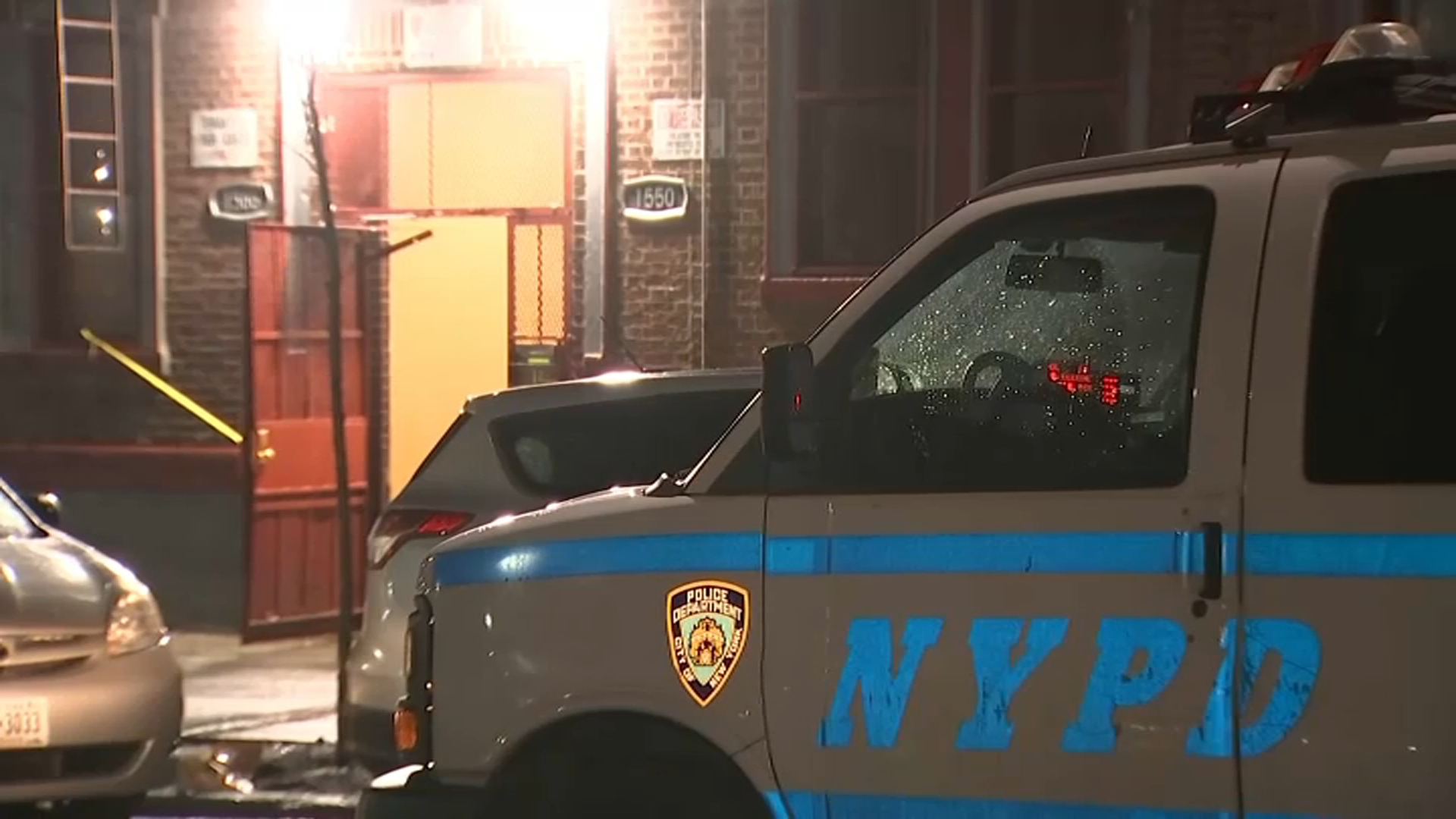 The shooting came ahead of an announcement by Adams and NYPD Commissioner Keechant Sewell Wednesday afternoon about public safety in the city.

"Our city is divided. The overwhelming number of New Yorkers are the good guys. A small number of violent people are the bad guys," Adams said.

He added that the officer who was shot, as well as that officer's father-in-law, are both on the neighborhood safety teams, which target illegal guns.

"You have family members in the city that are saying we're tired of living in violence, and they are up against those who believe we should be spending our attention protecting criminals. Who the hell will protect the innocent New Yorkers in this city?" Adams asked. "It is time for us to stop spending our energy protecting people who are committing crime and violence. This person has an extensive arrest history, he has made up his mind - he was not going to stop until he took the life of an innocent person."

Adams struck a hard pro-police line as he said he was "tired of the complaints about officers who are doing their job. We put these officers on the front lines, father and son on the front line...we spend more attention critiquing their actions. Let's critique the actions of those committing the crimes in this city."

He also criticized recent bail reform changes, blaming the number of shootings in the city on offenders being released after arrests. Seven police officers were shot in the first two weeks of 2022 alone. Two of them died. More have been wounded since.

The Legal Aid attorneys representing Smith called such claims "patently incorrect" and said they expose "the administration's continued refusal to comprehend the scope and benefits of these reforms."

"If anything, Mr. Smith’s case underscores the need for early intervention, access to services and community-based support," the statement said. "Lastly, we caution New Yorkers on crediting the Mayor’s unconscionable fear-mongering about last night’s killing. In the end, a young man, struggling with multiple ailments, had his life cut short, and the public should not lose sight of that regardless of incendiary comments from City Hall."

According to the narrative police shared in Smith's case, the cop who was shot was one of two anti-crime officers, both members of the department's new public safety teams, patrolling in uniform and in an unmarked police vehicle, when they saw the suspect and approached him.

Law enforcement sources told NBC New York that the officers found Smith's behavior suspicious. They made a decision to stop him. He took off.

The officers ran after him, heading west before going up Bathgate Avenue during their block-and-a-half chase. That's when the man turned toward them and fired two shots, NYPD Chief of Detectives James Essig said at a press conference early Wednesday.

The officer who was shot returned fire, striking Smith in the head, according to police sources, ultimately killing him.

Cops haven't said how many times he was shot, but Smith's family said it appeared to be seven or eight times, with the critically injured man's brother saying police "blew his head off."

The officer was taken to Lincoln Hospital after taking a bullet to the arm but was released within hours and is expected to make a full recovery.

A 9-mm Glock handgun was recovered at the scene. Officials said the firearm was stolen from Richmond, Virginia, in June 2021.

Smith is believed to have lived in a homeless shelter on Staten Island but had family members with addresses nearby in the Bronx.

Those relatives say they don't know why cops tried to stop Smith in the first place. They allege he is regularly harassed by police because he has a record and that he was minding his own business Tuesday night.