The NYPD has released footage of last week's stabbing of a security guard in a Manhattan Apple store -- an attack apparently sparked amid a confrontation over the store's mask policy -- as they continue to search for the suspect.

Surveillance cameras from inside the store on West 14th Street in Manhattan captured the moments an unidentified man in an absolute rage punched the store's security guard in the face before fleeing, and then later returning to punch a 25-year-old employee.

In one of the videos, the 37-year-old guard is seen tussling with the customer after he punched the female employee in her face. The suspect then pulled out a knife and slashed the guard in his forehead, stabbed him in his left arm and back, according to police.

By the time officers responded to the location, the attacker wearing a black mask, a black shirt and blue jeans had already fled.

Officers say the security guard was treated at a nearby hospital and is now recovering from his injuries, while the other employee refused medical attention.

The Chelsea Apple Store became a crime scene after a customer stabbed the security guard over a request to where a mask, police say. NBC New York's Jessica Cunnington reports. 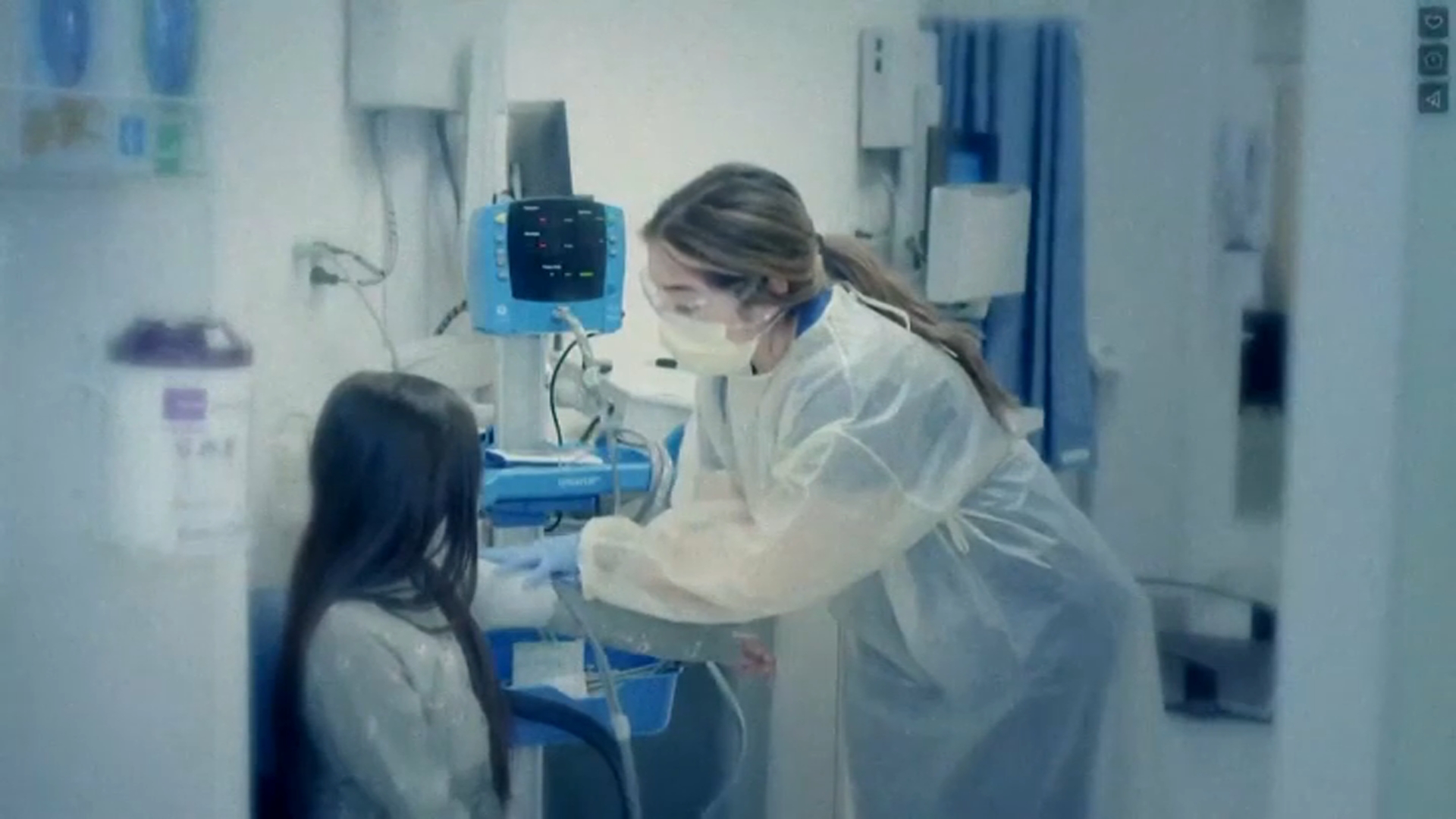 No arrests have yet been made.