NYPD: 20-Year-Old in Custody in Connection to String of Attempted Rapes in Queens

A 20-year-old man was arrested in connection to a series of attempted rapes that occurred in Queens, after his stepfather recognized him from surveillance footage featured on the news, threw him out of the house and called authorities, the NYPD announced Friday.

The development comes as police were investigating for clues after a woman was attacked from behind, after a teen and another woman were similarly assaulted in separate incidents in a nearby neighborhood Thursday.

One of the victims, a 24-year-old woman, was jogging through Woodhaven's Forest Park around 1 p.m. when a man came from behind, police said. She struggled as her attacker ripped off her pants and some of her clothing.  Police say she screamed, and a bystander came over, helped her out and called 911. The woman suffered lacerations to her feet, knees and hands in the course of the attack and was subsequently taken to a local hospital, but is expected to recover.

That incident came 17 minutes after another incident in which police believe the same suspect was responsible. A 14-year-old girl was attacked on 118th Street and 84th Avenue in nearby Kew Gardens. According to police, the girl was walking FaceTiming with her friend, when the same suspect pushed her into the bushes and tried to take of her pants. She screamed, prompting the suspect to run away. The girl went home and informed her mother, and they called police.

Police said there was even a third incident, earlier Thursday morning. They believe the same man grabbed a 20-year-old woman in Queens and lifted her off the ground, while grabbing her buttocks.

According to NYPD Chief Rodney Harrison, in yet another incident, at around 1 p.m. officers assigned to the 102 Precinct received a phone call from a possible third victim -- a 20-year-old woman who was on her way to work at the time of the attack. As she was walking on Jamaica Avenue and 104 Street, Harrison said, a man -- who fit the same description as the suspect -- came from behind, grabbed her buttocks, picked her up and tried to leave with her. He fled after she screamed for help. The woman informed NYPD that that the alleged incident occurred at 10 a.m.

Law enforcement sources said that part of the reason they think it was the same man responsible for the attacks is due to the clothing. 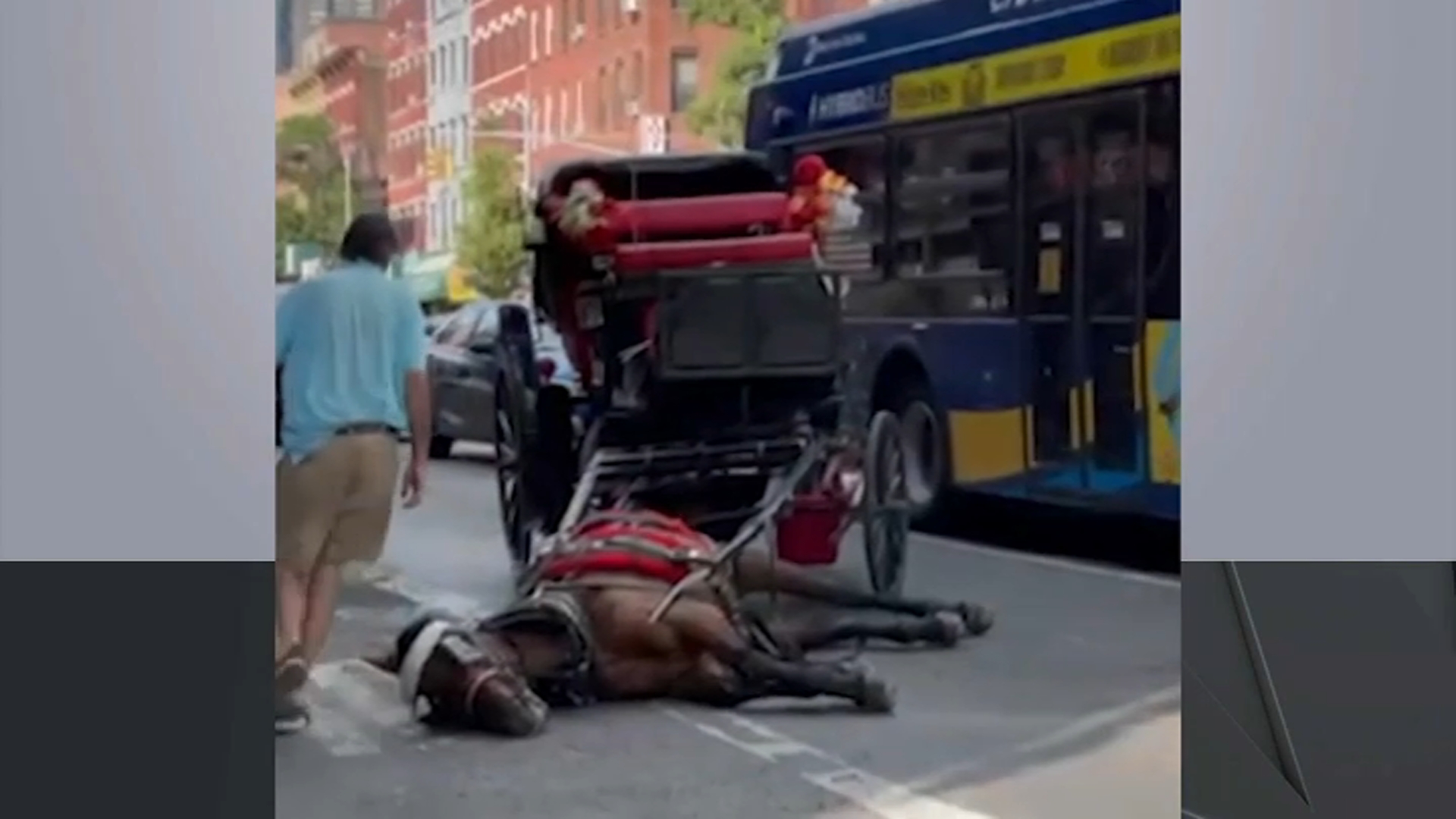 A man is on the loose in Queens after being accused of attacking two women in two separate incidents on Thursday. News Four's Myles Miller has the latest on the ongoing investigation

Police conducted a thorough investigation which included sharing surveillance video obtained. However, their big break came after they received a call from a man who they say is the alleged suspect’s stepfather.

According to Harrison, at 5:30 a.m. Friday, the stepfather called saying he saw his son on a WNBC newscast when the NYPD’s surveillance video was shared and he threw his stepson out of the house.

“We realized that our perpetrator had nowhere to go and was probably roaming the streets where we put a lot of police officers in the vicinity where these incidents occurred,” Harrison said.

It was then, at 10 a.m., that a group of officers patrolling the 102 Precinct saw a man on Park and Myrtle wearing the same clothes as the suspect on the surveillance footage and apprehended him without incident, Harrison said.

The NYPD has informed the victims and is in the process of conducting a confirmatory ID on the suspect, who they identified as 20-year-old Makijah Lino. He has no prior history of having committed similar acts, and has yet to be charged but was in police custody.

“I say this all the time, in order for us to keep the city safe, we need the public’s help,” Harrison said. “But the father to call the 102 Precinct on his stepson really helped us expedite, get this individual off the street sooner rather than later.”