A pair of jewelry thieves are wanted by police for targeting elderly women in a Brooklyn neighborhood and running off with their expensive possessions.

Police said security video shows the suspects approach an 84-year-old victim in Brooklyn on Saturday and propose a trade of goods. They said it happened around 2:30 p.m. on 67th Street near Bay Ridge.

One of the alleged thieves places a necklace around the woman's neck before the second suspect walks up and removes the jewelry belonging to the victim. Then, in the video, the two thieves take off in a white SUV with the jewelry valued at $1,500, according to police. 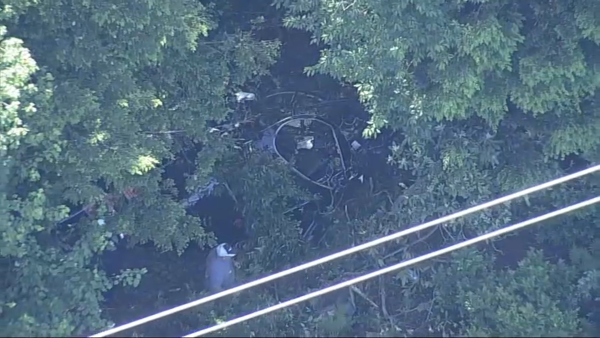 Helicopter Goes Down Near NY Lake During Power Line Inspection; 2 Flown to Hospital

The duo struck again the very next day.

Police said the thieves targeted a 68-year-old woman on Sunday just blocks away on 64th Street around 1:30 p.m. Again, police said, the suspects proposed a trade with the woman before placing a piece of jewelry around her wrist and then removing the victim's own bracelet.

The second victim's jewelry was valued at $1,000, police said.