Five men heading to a party in Brooklyn were shot and a woman apparently was pistol-whipped, police and a community advocate said Tuesday, marking a year-end outburst of violence in a neighborhood that has struggled with crime even as it hit record lows.

Police were looking for a suspect or suspects in the gunfire, which erupted just after midnight at a building in the Howard Houses public housing complex in Brownsville.

Residents of a sixth-floor apartment had organized a party and put the word out on Facebook, said Tony Herbert, a community activist who said he had spoken to some of the guests and those injured. Some people who'd had previous conflicts with the party crowd showed up outside the Glenmore Avenue building, and bullets flew in the lobby as the teenage victims tried to run back inside, Herbert said.

The injured were taken to hospitals, the men with wounds to their legs and feet and the woman with cuts to her head, according to police and firefighters, who didn't release the patients' names. Police said all were expected to survive.

The woman was in "excruciating pain," said Herbert, who didn't have the full names of those injured. He planned to gather with other community advocates Tuesday morning to call for calm.

"Our concern is that the attitude, with these young people, is that this may now be an occasion for retaliation," he said by phone. "We're going to try to keep the peace." 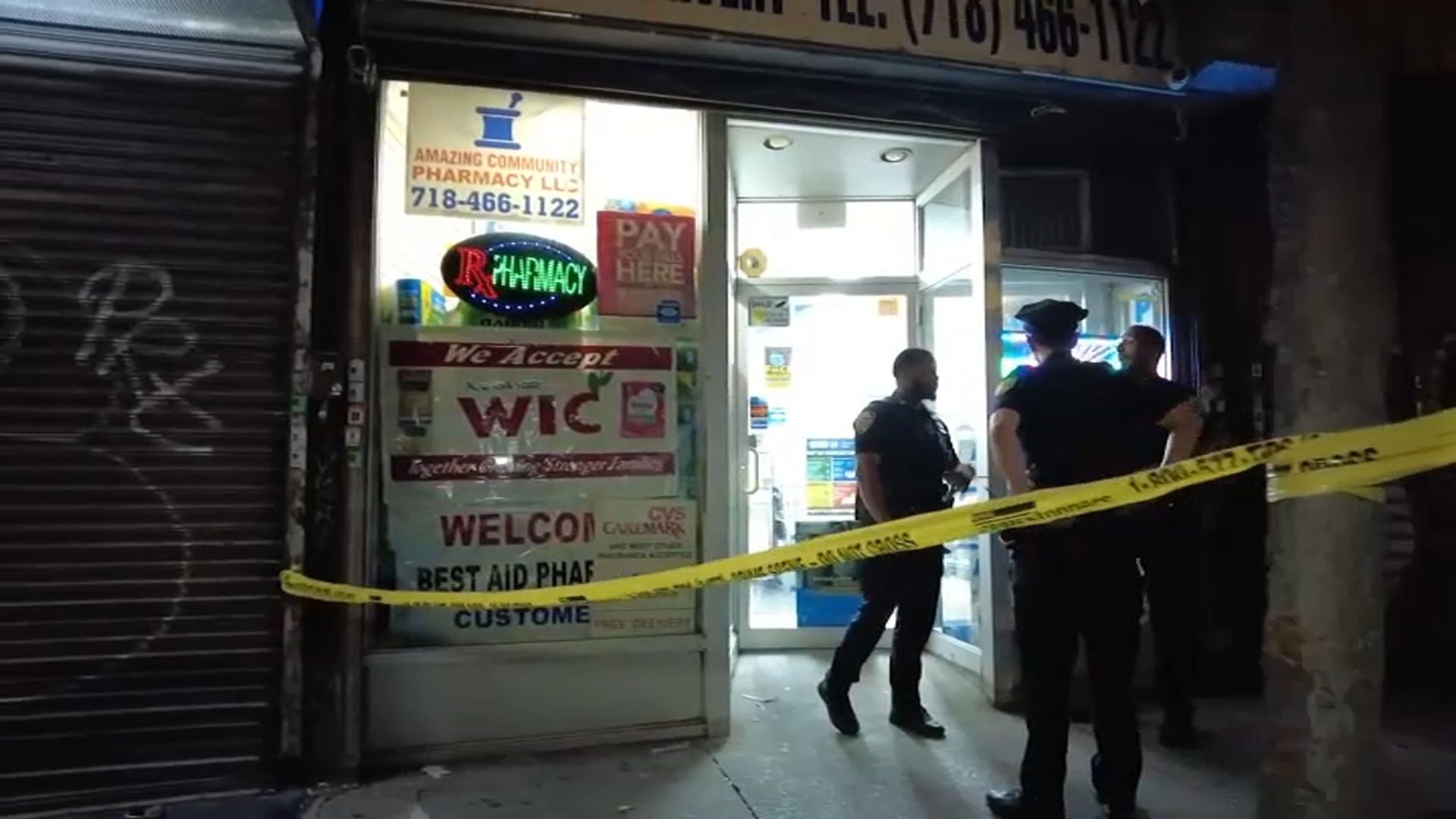 Brownsville has one the city's highest concentrations of public housing developments. Groups of youths in one housing complex sometimes have ongoing feuds with their neighbors in another, Herbert said.

In Brownsville, major crime hasn't declined as steeply as it has in some other parts of the city in the last 12 years. Serious crime dropped 30 percent citywide from 2002 to 2012, compared with 9 percent in Brownsville.

Killings citywide are down more than 20 percent, to a record-low 333 so far this year, compared with last year. Brownsville also has recorded a new low — 14, two fewer than in 2012.

The bloodshed in Brownsville this year has included a stray bullet hitting a baby boy in the head and killing him as he sat in his stroller in September; the February wounding of an armed 16-year-old by police officers responding to a report of shots fired on a rooftop; a drive-by shooting in July that left six people on the sidewalk wounded; and the unsolved killing in November of a man by a gunman driving near a public school.