The investigation into the shooting is also raising new questions regarding the 19-year-old gunman, who was out on bail after a Nov. 2021 arrest for allegedly carrying two illegal guns after leading police on a high-speed chase

Dramatic new footage of a shooting inside a Brooklyn mall shows shoppers running for cover as a teen gunman pulls out a gun in the middle of a store, and start firing with people just a few feet away from him.

The video, exclusively obtained by NBC New York, shows the shooter fire off 10 shots past a children's toy display, with police saying it was lucky that nobody was killed as a result. Two teenagers, 14 and 16, suffered leg injuries as a result, but are expected to recover. Some of the teens who were shot at have not been cooperating with the police investigation.

Based on their initial investigation, police believe the shooting was the result of a verbal argument that broke out in the store. The two victims were part of a group of six already in the store when a trio, that included the shooter, walked inside. 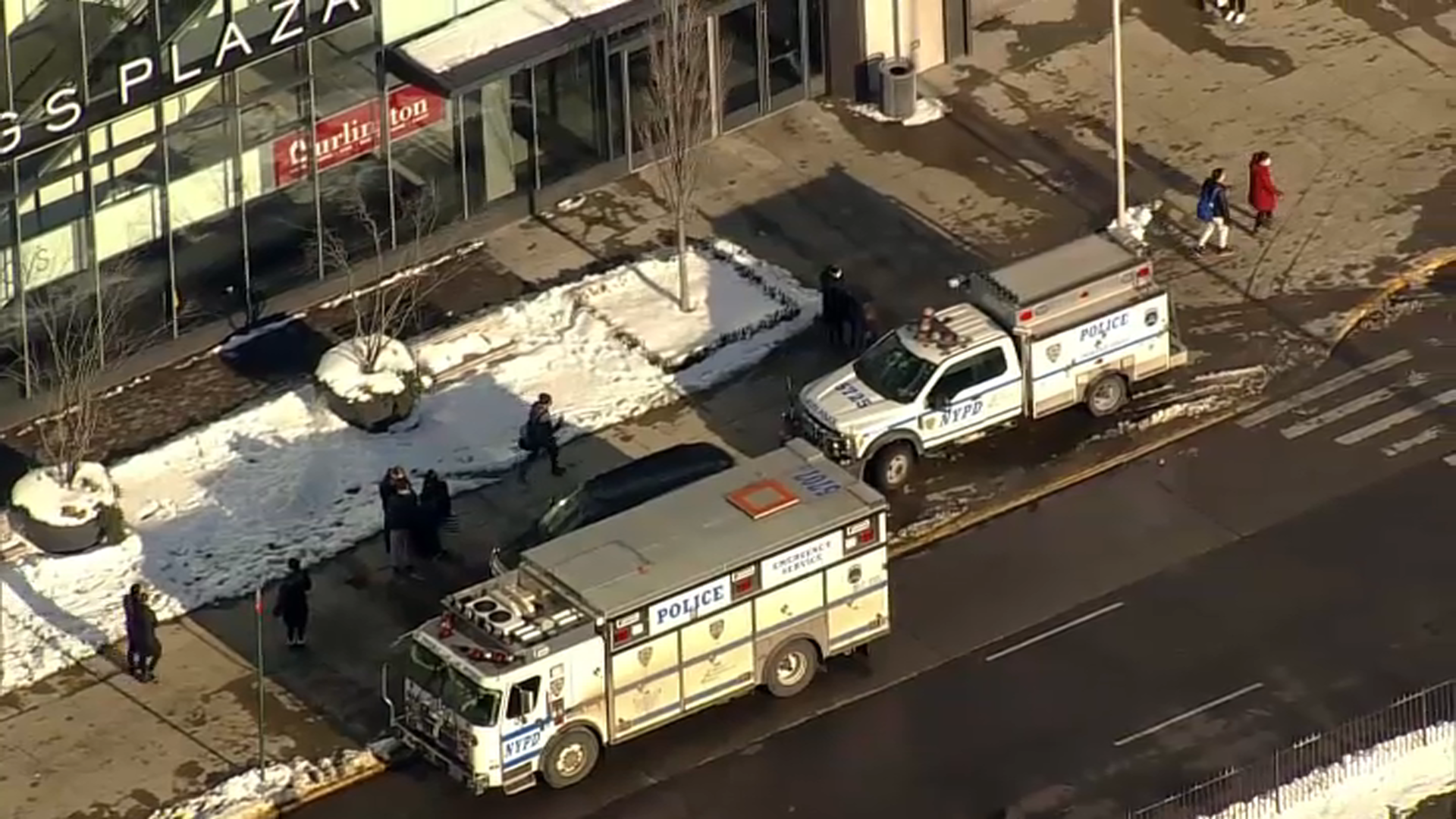 A dispute erupted between the two groups and the gunman pulled out a gun and fired several shots at the other group, police said. A picture from inside the store showed where bullets shattered a mirror, and outside at least two of the more than 10 bullets fired pierced the wall — making it onto the concourse where unsuspecting mallgoers were walking by.

Three teens, believed to be gang members, were arrested and charged in connection to the midday shooting at the Kings Plaza Shopping Center on Monday. Timothy Briggs, Jaheim Covington and Omarion Harvey were caught a few blocks away by patrolling officers who were able to match witness descriptions to those of the shooter and his companions. Two guns were also recovered after the wild shooting.

Police said the shooting broke out after a dispute between two groups of teens inside a shoe store. NBC New York's Checkey Beckford reports.

The trio appeared in court Wednesday in connection with the shooting. But now the investigation into the shooting is also raising new questions regarding the gunman, 19-year-old Briggs.

He was arrested in Nov. 2021 for allegedly carrying two guns after leading police on a high-speed chase, but was out on bail. Briggs, of the Bronx, now faces additional charges of attempted murder, assault, reckless endangerment and weapons-related charges.

Covington, also 19, pleaded guilty in 2019 to shooting a man, and also has been arrested for illegal gun possession. At age 17, he was placed in a reform program instead of being sent behind bars.

Harvey, 18, faces reckless endangerment and disorderly conduct charges. Police said he has a criminal record and is known to the department, but details were unavailable.

With overall crime up 30 percent at the start of his administration, NYC Mayor Eric Adams continues to call for changes, including bail reform.

"New York is the only state in the country that does not allow a judge to detain a defendant who poses an immediate threat to the community," he said.

In cases involving teen gang members caught with a gun, Adams said that teen should not automatically go to family court.

Thus far, the State Senate majority leader and assembly leader both do not support tougher laws, arguing that in cases where there is no violence, people should not be held pre-trial just because there is not money for bail. They also say that data shows bail reform has not led to an increase in crime.

Brooklyn State Senator Roxanne Persaud said that teens deserve alternatives, but agrees that too many guns are in the wrong hands.

"It's a conversation I want to have with my colleagues," Persaud said. "On Raise the Age, I am still supportive of the issue, but we also have to hold people accountable for their actions."