The calls were made to states including Wisconsin, New York, Florida, California, New Jersey and Indiana

A 17-year-old boy who admitted in court to making hoax phone calls to authorities in a half-dozen states -- including New York and New Jersey -- should receive a one-year sentence with credit for time served, an Ohio prosecutor said.

David Dorbish Jr. pleaded guilty Wednesday in a court in Youngstown to charges that include making terroristic threats, making false alarms, identity fraud and telecommunications harassment, The Warren Tribune Chronicle reported. He was charged as an adult.

Dorbish originally faced 149 counts connected to the calls in Mahoning County Juvenile Court after authorities in multiple states agreed to let Ohio pursue charges against him. The case was transferred out of juvenile court in November, when a grand jury indicted him on 27 counts. He pleaded guilty Wednesday to 15 counts.

Authorities said the teen made the calls from a computer at his home in Youngstown, Ohio, in 2017 and 2018 and would tell police that someone was being held hostage or would report some other type of emergency. The calls were made to six additional states including Wisconsin, New York, Florida, California, New Jersey and Indiana.

The worrisome practice is known as "swatting" because the hoax calls often lead to police SWAT units being called out. 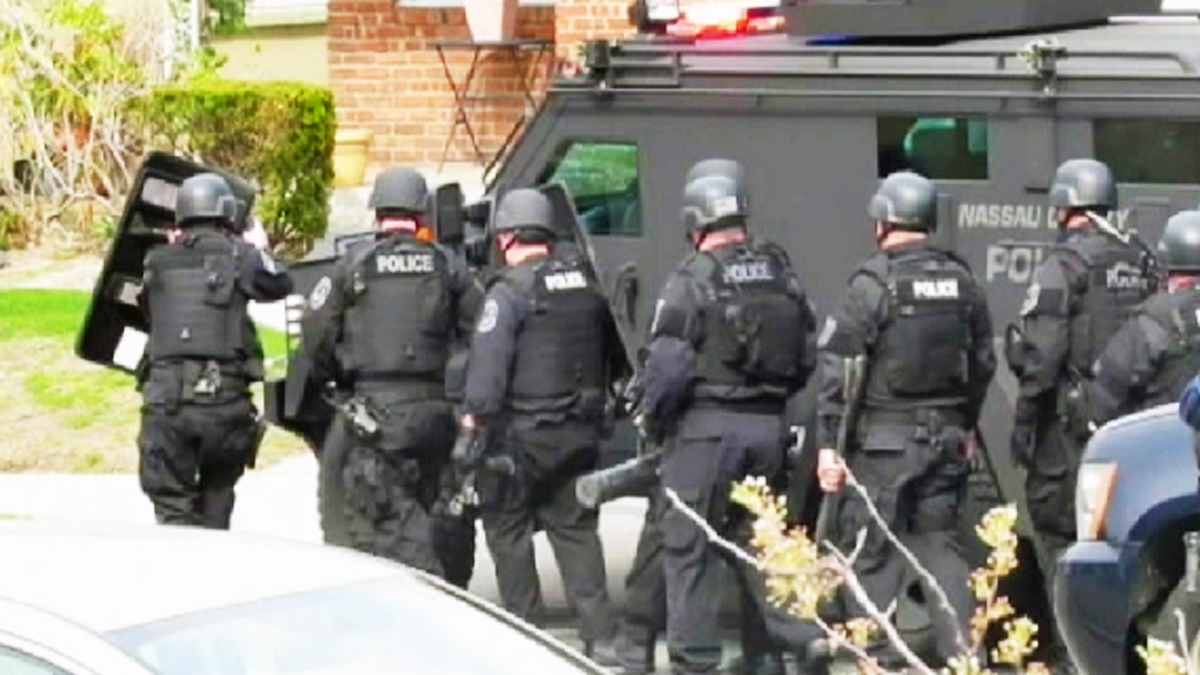 Trolls Turned 911 Into a Weapon. Now Cops Are Fighting Back

Dorbish was accused of making a 911 call to Dodge County, Wisconsin, in March 2018 saying he had just shot someone and was holding a person hostage at a home. A SWAT team responded and a nearby highway was shut down. Authorities say a similar call was made to Putnam County, New York, in August 2018.

The teen is scheduled to be sentenced Jan. 31. Assistant Mahoning County Prosecutor Mike Yacovone said in court Wednesday that Dorbish should receive credit for the nearly 10 months he has spent in a juvenile detention facility since his arrest. Yacovone recommended that Dorbish receive five years' probation and pay $13,000 in restitution to the communities he victimized.

A message seeking comment was left Thursday with Dorbish's attorney.