Virginia Giuffre alleges that Jeffrey Epstein trafficked her to Prince Andrew for underage sex; the prince vehemently denies the claim

Prince Andrew of the United Kingdom will have to face a civil suit in New York over alleged sex abuse claims tied to his relationship with Jeffrey Epstein, a federal judge ruled.

Virginia Giuffre alleges the late financier Jeffrey Epstein trafficked her to Prince Andrew for sexual purposes when she was a minor. The royal has denied the charges, said he has no recollection of meeting Giuffre, and sought to either dismiss her suit or force her to make a more definitive statement of allegations.

But Manhattan federal judge Lewis Kaplan, in a 43-page ruling, rejected both requests, saying they were "denied in all respects."

In August 2021, Giuffre sued the prince, saying he had sexually assaulted her multiple times in 2001 when she was 17.

Federal prosecutors in New York have formally requested through the British government to speak with Prince Andrew as part of their ongoing criminal investigation into Jeffrey Epstein's history of sexual abuse, according to a person familiar with the matter.

The prince’s lawyers have challenged the lawsuit on multiple grounds, saying “Andrew never sexually abused or assaulted Giuffre. He unequivocally denies Giuffre’s false allegations against him.”

They also wrote that Giuffre sued Andrew “to achieve another payday at his expense and at the expense of those closest to him. Epstein’s abuse of Giuffre does not justify her public campaign against Prince Andrew.”

Earlier this year, a previously sealed $500,000 lawsuit settlement in 2009 between Epstein and Giuffre that Prince Andrew has claimed protected him from her lawsuit became public. The deal contained a paragraph that said it protects anyone “who could have been included as a potential defendant” from being sued by Giuffre.

Attorney Andrew Brettler, representing the prince, previously argued that the agreement “releases Prince Andrew and others from any purported liability arising from the claims Ms. Giuffre asserted against Prince Andrew here.”

But Judge Kaplan, in the ruling dated Tuesday and released Wednesday, said the language of that 2009 agreement was so ambiguous, its meaning (and relationship to the prince) would have to be decided by a jury.

Epstein died by suicide in August 2019 while in jail awaiting trial on a litany of federal charges. His confidante Ghislaine Maxwell was convicted of sex trafficking late last month.

Meet the Woman Who Was ‘Substitute Camera' During Ghislaine Maxwell Trial 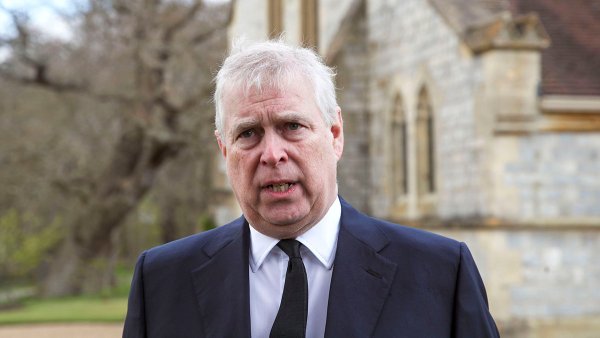