In a parole hearing transcript released Wednesday, Eric M. Smith said he's engaged to be married and is pursuing a college degree

Eric M. Smith told New York state parole officials who granted his release that he "became the bully I disliked” when at age 13 he lured a 4-year-old boy into the woods, strangled him and beat him to death with a rock, according to a transcript of the hearing released Wednesday.

“When I had seen him the first thought I had was I want to hurt him,” Smith, now 41, said during his 11th and final parole hearing Oct. 5 at the medium-security Woodbourne Correctional Facility.

He blamed his attack of Derrick Robie, whom he didn't know, on pent-up anger from being regularly brought to tears by other children who targeted him for being short with red hair and glasses. 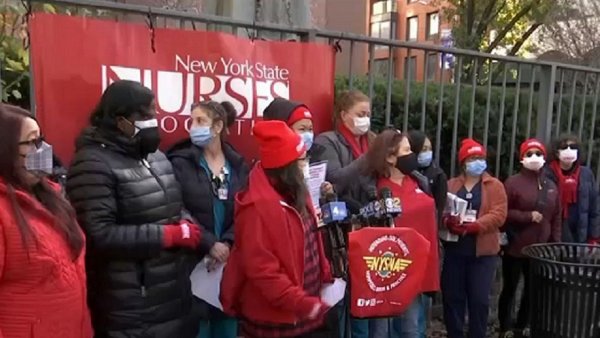 “After years of reflection, looking at who I was then and what was going on, I essentially became the bully that I disliked in everything else in my life,” Smith said.

In a decision two days later, board members said they had considered Smith's age at the time of the attack, the childhood abuse he described and his clean prison disciplinary record in granting release after more than 28 years and 10 previous denials.

The ruling “should in no way be construed as excusing your heinous behavior or mitigating the terrible loss of life you caused,” the decision said.

Derrick’s parents, Dale and Doreen Robie, opposed Smith’s release each time it was previously considered. They could not be reached for comment Wednesday; a telephone listing for Dale Robie was not in service.

Through the years, the parents have lobbied for parole reforms that include extending the time between hearings for violent offenders from the current two years to five.

Smith was convicted of second-degree murder in 1994 after killing Derrick as the younger boy walked alone in the Steuben County village of Savona in August 1993.

The case received widespread attention because of the young ages of both victim and suspect, along with a widely circulated photo of Smith in court wearing a Bugs Bunny sweatshirt and with a shock of red hair.

He told the parole panel that as a 13-year-old who struggled in school, he had an unhealthy outlook and lacked the skills to express himself.

Smith said he was riding his bicycle near the summer recreation program he occasionally attended when he saw Derrick walking toward the park pavilion.

“I asked him if he wanted to be shown a shortcut, and I told him that I would take him there,” Smith said. He detailed strangling the boy until he passed out, repeatedly punching him, striking his head with a rock, and then sodomizing him with a stick to ensure he had died so the boy could not tell on him.

He confessed a week later.

Smith’s lawyer unsuccessfully argued that he was mentally ill. Smith was sentenced to nine years to life in prison.

Once released, as early as Wednesday, Smith said he would likely live with his mother until the arrival of his fiancee, who was not identified, and use his prison training to pursue a job in electrical work or carpentry.