A judge ruled on Wednesday that Edward C. Mathews, the man caught on video yelling racist slurs, will remain in jail as he awaits his trial.

A white man captured on video yelling racist slurs at his Black neighbors in New Jersey and later arrested on harassment and more than a dozen other charges will remain in jail pending his trial, a judge ruled Wednesday.

Wednesday’s hearing marked the first time Mathews appeared in court on charges that stemmed from early July interactions with his neighbors at their Mount Laurel housing complex. He stood in an assembly room at the county jail during the proceedings, wearing orange and with his arms behind him. 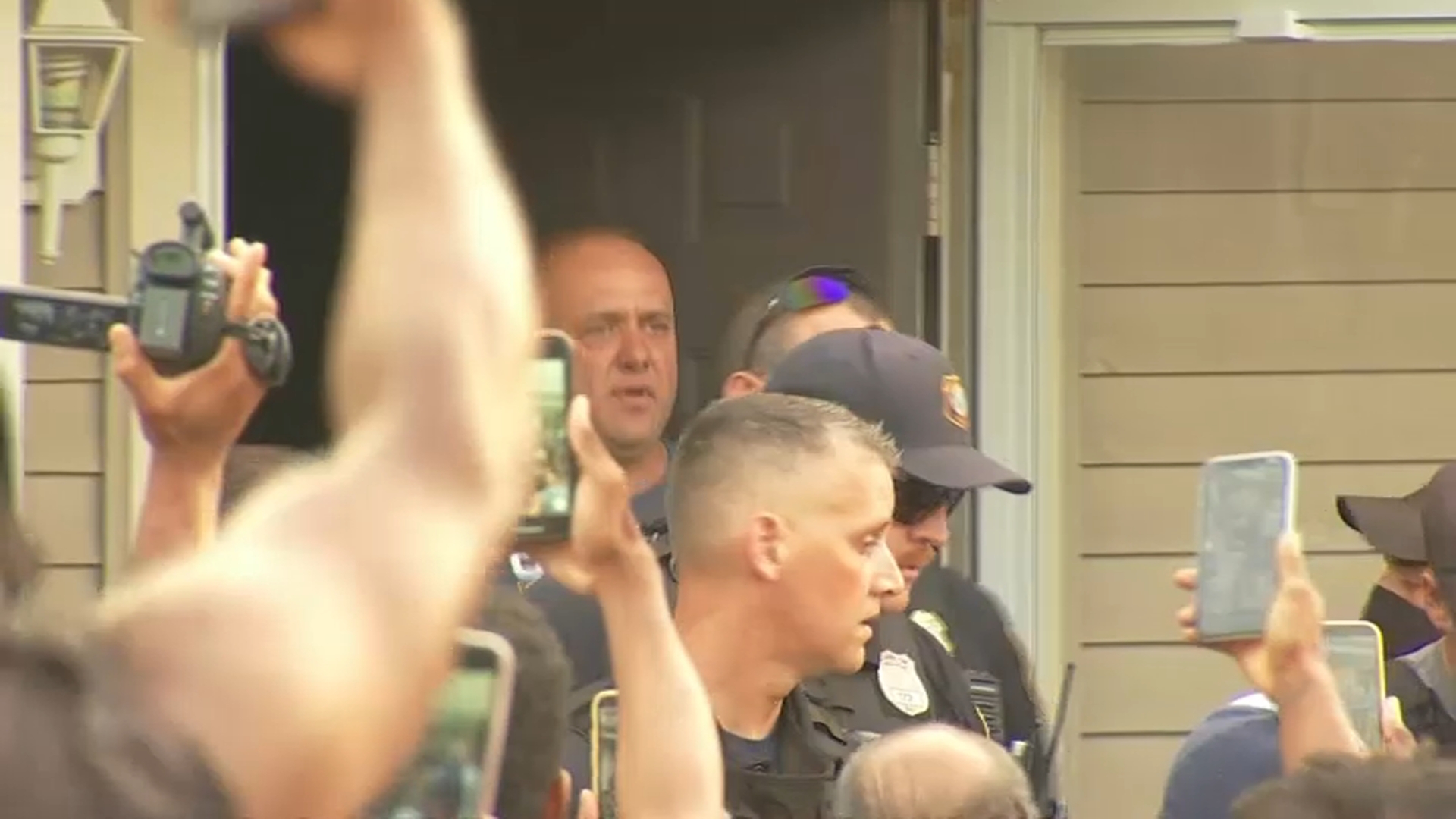 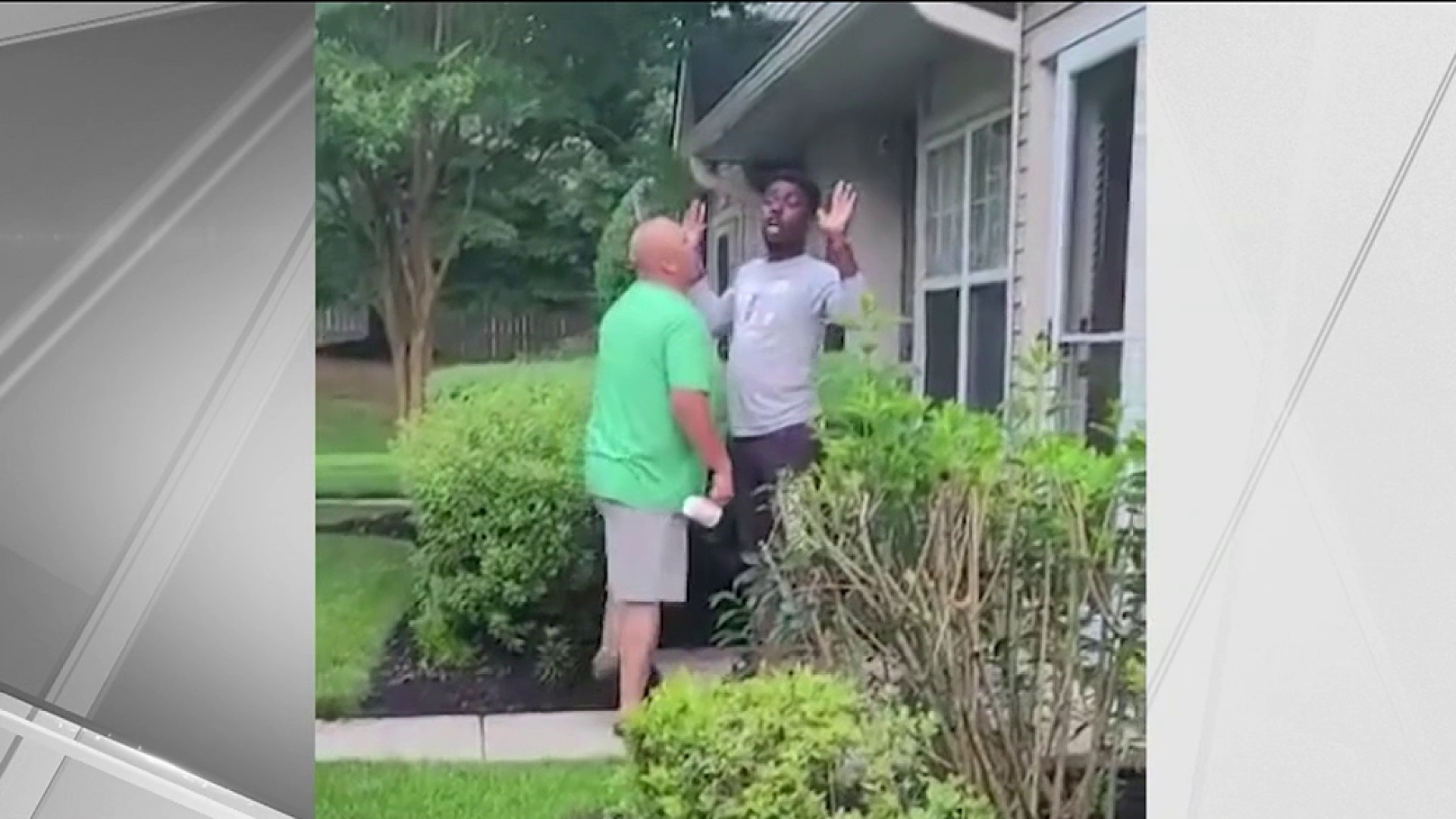 Prosecutors have charged Mathews with 14 counts, including harassment, stalking and weapons counts. Assistant Prosecutor Jamie Hutchinson on Wednesday said Mathews began harassing homeowners association board members, who were all of color, over a year ago, including by smashing windows of a neighbor’s vehicle with a rock and smearing their car with fecal matter.

Hutchinson also said the FBI had determined that handwriting on a note to a neighbor matched Mathews’. The note came amid Mathews disagreement with Black homeowners association board members and after a former board member he pressured had moved, according to Hutchinson. The note said “one down only a few more to go,” the prosecutor said.

Mathews attorney, Anthony Rizzo, argued against the evidence obtained under an extreme risk protective order saying it was faulty because Mathews posed no risk at the time because he was already in jail. He also argued that prosecutors’ inclusion of medical records from the 1990s and early 2000s and prior criminal history were too remote to be considered.

The case made headlines when video showing Mathews using racist slurs at his Black neighbors appeared online. In the video, Mathews is seen urging people watching to come to his house. That led, authorities said, to more than 100 protesters showing up, including some who waved Black Lives Matter flags.

Police charging documents say the confrontation happened after Mathews knocked on the door of his neighbors demanding to see the husband, who is Black. His wife, who is white, called police, and another neighbor met Mathews on the stoop and walkway to the neighbors’ house to help them deal with Mathews.

A New Jersey man who police say was caught on camera harassing, threatening and yelling racial slurs at his neighbors was taken back into custody to face additional charges after community members protested outside his home.

That was the second call police got Friday about Mathews, according to the documents.

A Black woman in the neighborhood called police earlier saying Mathews was harassing her, approaching her front door and shouting racial slurs, according to prosecutors. She had previously told police she suspected Mathews of “criminal mischief” involving her car.

A doorbell camera captures Mathews bringing his dogs to her front yard, repeating a racial slur and thrusting his hips in a vulgar way after police responded and talked to him, prosecutors said.

On Wednesday, Hutchinson said Mathews behaved similarly with another neighbor who later left the housing complex, something he implies in videos posted online.

The judge’s ruling ran contrary to a computer-generated assessment that indicated Mathews could be released from jail, but Cook said he also took into consideration that Mathews had 20 prior convictions. He also said he considered other factors, including the “racially derogatory language.”

The next court date is set for August.

A day after a New Jersey man who was caught on video harassing and yelling racial slurs at neighbors was taken into custody, some are wondering why he hadn’t been arrested sooner when residents had complained about him for years. NBC10's Cydney Long has the details.
Copyright AP - Associated Press