Investigators are focusing on whether a corrections officer at MCC helped smuggle a gun to an inmate, sources previously told News 4.

The lockdown at Metropolitan Correctional Center has entered its seventh day — with no sure date in sight as to when the facility will return to its normal operations, according to memos obtained by News 4.

A memo directed at inmates dated Tuesday says the "SIS department is investigating and a decision to return the facility to normal operations will be made once we have gathered the necessary information."

The memo further says that "as long as inmates continue to conduct themselves respectfully, we will attempt to return to normal as soon as possible without compromising the security if the institution."

"A decision about returning the facility to normal operations has not yet been reviewed; however, visitation remains canceled," the memo reads in part. "I do understand this decision has negatively impacted your period of incarceration, however, please know this decision was made to ensure we maintain the safety of staff and inmates."

Tyrone Covington, the president of a federal correction officers union, said that the threat is general in nature, and there is no hard information pointing to any officer or staffer involved. He also added that special teams have been searching the facility and have uncovered drugs, shanks, cell phones — but no gun so far.

"You never know with this kind of threat information ... I would be screaming if they weren’t doing these searches to make sure they are safe," said Covington. "If you rush it, something could be missed."

While admitting that the lockdown makes it harder on everyone at the facility, Covington said the the measure will continue until all individuals with possible information are talked to and the search is complete.

MCC did not immediately return calls by News 4 seeking comment.

In a Feb. 27 memo, also directed at inmates, MCC informs that "the institution has been placed on lockdown status, as a result, all inmates will remain secured in their assigned cells until further notice."

Investigators are focusing on whether a corrections officer at MCC helped smuggle a gun to an inmate, sources previously told News 4.

Defense lawyers representing MCC inmates that were questioned by authorities previously said the focus appears to be on that theory, and the subsequent investigation has left them unable to see their clients.

These inmates – now potential witnesses in the investigation – tell their attorneys that authorities are trying to both confirm the theory and, if true, find the weapon.

That hunt for the weapon has forced an extensive search of the facility, both common areas and individual cells, and has prompted federal officials to bring in out-of-town teams to assist with the search. In the meantime, inmates say they are being denied access to phones, computers and showers, and are getting cold sandwiches shoved through doors for food.

The facility, the Bureau of Prisons and the U.S. Attorney's Office all declined to comment on the tip that an officer may be involved. Calls to the officers union have not been returned. 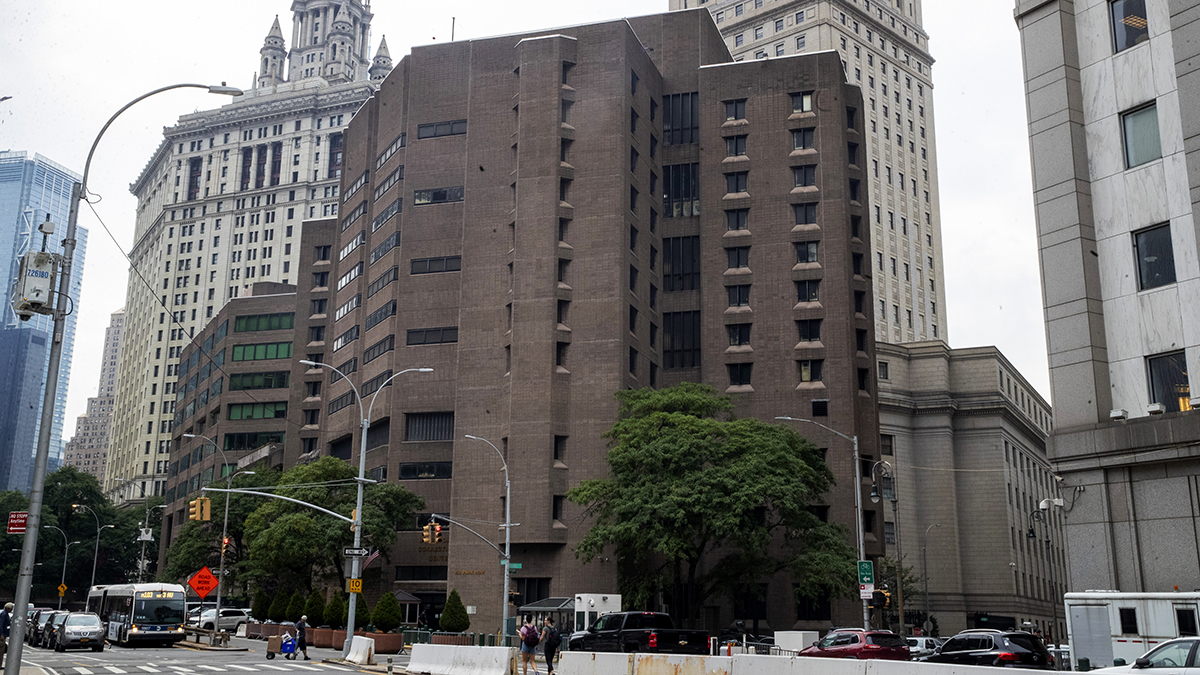 The top federal public defender in Manhattan, while not commenting directly on the gun theory, described the lockdown itself as "inhumane" and "unconstitutional."

"It's totally unacceptable and it's part of a long history of mismanagement at the MCC," said David Patton, executive director of the Federal Defenders of New York. "One of the big problems is a complete lack of transparency and explanation for what's going on."

The MCC has been under scrutiny since accused child sex abuser Jeffrey Epstein committed suicide in his cell.  Two BOP officers were later arrested for allegedly forging documents that they had checked on Epstein, when prosecutors said the guards were sleeping and shopping on their computers. The have pleaded not guilty to the charges.

"Even if it is true it's no excuse for shutting the entire place down. They just need to get their act together," Patton said of the smuggling theory. "If this were a private business they'd be bankrupt by now. It's like The Three Stooges over there."

The MCC currently houses celebrity attorney Michael Avenatti, who is accused of stealing from client Stormy Daniels and separately was convicted of shaking down Nike. Lawrence Ray, the one-time informant against former NYPD Commissioner Bernard Kerik who is now accused of sexually abusing college aged girls, is also currently at the MCC. Ray has denied the allegations.

Mexican drug lord Joaquin “El Chapo” Guzman was also housed at the MCC before his conviction.

The BOP says about 700 inmates are housed at the MCC.

The warden at the MCC has been moved as the investigation continues. Meanwhile, the FBI raided Epstein’s private villa in the Caribbean, and President Trump had some curious words regarding the investigation. NBC 4 New York’s Jonathan Dienst reports