Det. Brian Simonsen was shot in the chest in February 2019 as he and six other officers opened fire during a robbery at a T-Mobile store in Queens

A jury on Monday convicted a man of murder in connection to a 2019 store robbery that led to the death of a New York City police officer hit by crossfire from other officers' guns.

Jagger Freeman, 28, faces 25 years to life in prison when he is sentenced on June 30, Queens District Attorney Melinda Katz said.

Prosecutors said he and Christopher Ransom, 30, set off a chain of events that led to New York Police Department Detective Brian Simonsen being killed in February 2019 after officers responded to a Queens store that was being robbed by the two men. 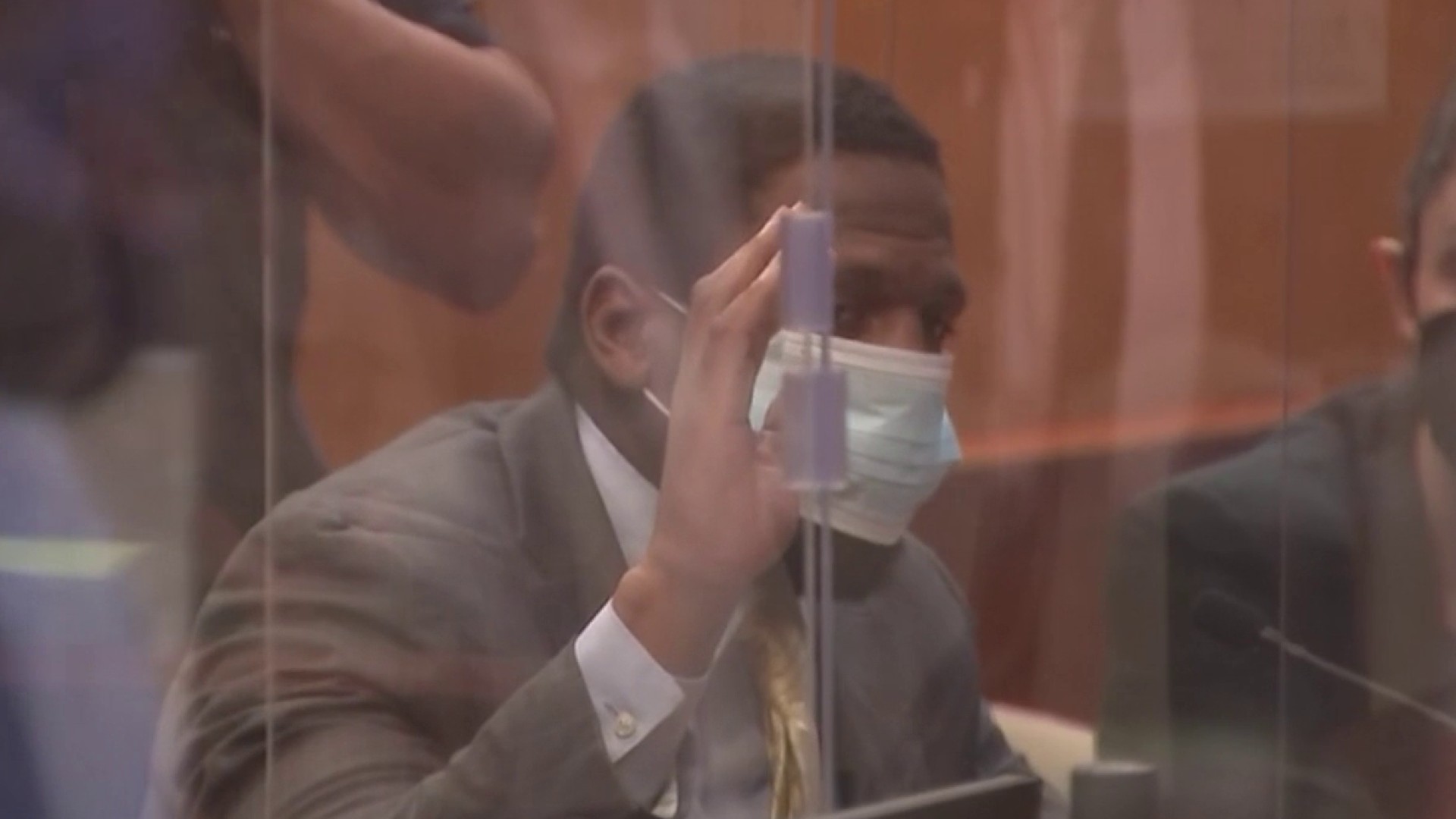 Simonsen was shot in the chest in as he and six other officers opened fire on Ransom during the robbery at a T-Mobile store in the Richmond Hill neighborhood. Another sergeant was wounded.

Authorities said officers fired after they thought a real gun was being pointed at them by Ransom, with 42-year-old Simonsen ending up fatally shot and another officer wounded.

NYPD officers discharged a total of 42 rounds at the scene within 11 seconds, investigators have said.

Freeman was convicted of murder, robbery, assault and other charges for his role in the deadly shooting. Police said he acted as lookout during the robbery. His lawyer declined to comment.

Ransom pleaded guilty in October to aggravated manslaughter and robbery and was sentenced to 33 years in prison.

Ransom, who police say was pointing a fake handgun, had said the shooting stemmed from a "prank gone horribly wrong." He said he returned the workers' money -- a claim that investigators deny -- but police were already responding.

"I am the author of the chain of events that led to the death of Detective Simonsen and for that I am deeply sorry," Ransom said at his sentencing. "I would like forgiveness but I would no dare as of it, I would not put that burden on the late detective's loved ones."

Even if he had asked for forgiveness, Simonsen's widow said at the time that she would not have offered any.

"I know the correct and the Christian thing to do was to look you in the eye and forgive you, but today I can't and I don't," said Leanne Simonsen.

A 19-year veteran of the NYPD, Simonsen was known since childhood as "Smiles" for his bright, welcoming nature, colleagues and friends said.

In an interview after his arrest, Ransom said he was "not a monster" and didn't anticipate what happened. Police described him as a career criminal with more than two dozen arrests prior to this case; friends called him an eccentric prankster.

Ransom, who has 25 prior arrests including one for impersonating a police officer, was shot eight times on that winter day in 2019.