New Mexico charges were imminent against a man suspected of killing his ex-wife and three others in the state in a series of slayings that also include the beating death of a New Jersey resident he claimed sexually abused him as a child, authorities said Monday.

Investigators over the weekend searched a house where Sean Lannon, his ex-wife and their children were believed to have lived in the city of Grants, about 80 miles (130 kilometers) west of Albuquerque. Police Lt. David Chavez would not specify what investigators were looking for, only that the warrants were for anything of “evidentiary value” as local and federal authorities try to piece together what happened.

“It’s a complicated case,” Chavez said. “It wasn’t just one event, so we’re having to look at many things.”

Authorities also were still looking into Lannon’s claims that he killed 11 other people in New Mexico. Chavez reiterated Monday that while anything is possible, it was not probable given that there were no records of people missing from the area or other police reports that would indicate there are potential victims.

Authorities said in court documents that Lannon, 47, admitted to the additional killings in a phone call to a relative, who told investigators he expressed remorse.

The case began March 5, when the bodies of Lannon’s ex-wife and three other people were found in a vehicle in a parking garage at Albuquerque International Sunport, New Mexico’s largest airport. They were identified as Jennifer Lannon, 39; Matthew Miller, 21; Jesten Mata, 40; and Randal Apostalon, 60.

It’s not clear how or when they were killed.

Chavez said the first indication something was wrong was when Miller’s girlfriend reported him missing in late January. When detectives talked to his friends and associates in Grants, they learned the others might also be missing.

Chavez said charges related to the deaths were imminent but that authorities feel they have time to build their case and gather as much evidence as possible because Lannon is in custody in New Jersey, where he’s charged with killing Michael Dabkowski.

Lannon is accused of breaking in to Dabkowski’s New Jersey home, just south of Philadelphia, and beating the 66-year-old to death with a hammer, according to an affidavit. His body was discovered March 8, three days after the remains were found in New Mexico. 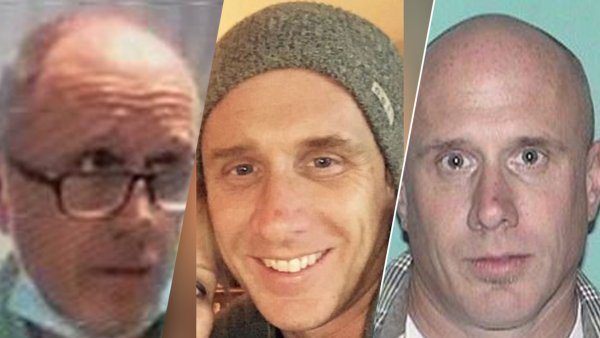 Lannon told investigators that Dabkowski had sexually abused him as a child and that he had gone to the home to retrieve sexually explicit photos. Dabkowski mentored Lannon and his twin brother through a Big Brothers program in the 1980s, NJ.com reported.

The Lannons lived in New Jersey before moving to New Mexico, and it was not clear how long they had been there. Chavez said New Mexico’s child welfare agency had contact with the family but it wasn’t known whether the children were at home when their mother disappeared.

Court records related to the couple’s divorce and custody case showed that Sean Lannon was awarded sole custody of the children in 2019 and that a protective plan from the New Mexico Children, Youth and Families Department included only supervised visitation by their mother over concerns at the time about the potential for neglect due to prescription drug abuse.

Relatives say Sean Lannon flew to New Jersey in early March with the couple’s three children — 6- and 7-year-old girls and a 4-year-old boy. He took them to his parents’ house and left again, saying he was going to look for Jennifer Lannon.

Her family grew more concerned, saying it wasn’t like her to be without her children.

Officials are trying to determine why Lannon was in St. Louis.

Albuquerque detectives traveled there to interview her. It appeared one of the New Mexico victims was killed in Albuquerque, and the other three died in the Grants area, Albuquerque police spokesman Gilbert Gallegos Jr. said.

Chris Whitman, Jennifer Lannon’s brother, said Sean Lannon told the family in January that she had “run off” with some friends, possibly to Arizona. Whitman said Saturday that the story didn’t sound right because “she was a great mom and, just, it would be uncharacteristic of her to not be with her children.”