Witnesses told the NYPD that the victims were involved in an argument with a 22-year-old homeless man on a downtown N train, and as the train pulled into the station, the man pulled out a knife

In what is the latest in a string of violence on New York City subways in recent weeks, police said a man slashed two others on a platform of a Manhattan station Tuesday morning.

Just before 5 a.m. Tuesday, two men who reportedly work for UPS were on the platform at the 59th Street-Lexington Avenue station, according to police. Witnesses told the NYPD that the pair were involved in an argument with a 22-year-old homeless man on a downtown N train, and as the train pulled into the station, the man pulled out a knife.

The victims, both 42 years old, were left bleeding, with one sliced on the hand and torso and the other on his wrist and forearms. 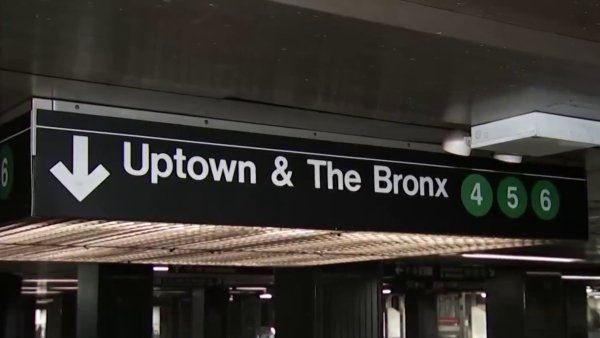 Good Samaritans nearby held the attacker down immediately after the knifing, and waited for police to arrive. The unidentified alleged assailant is now in police custody, with charges pending.

The incident comes as violence in the subway system continues to be a problem.

On Tuesday, MTA Interim President Sarah Feinberg said that the agency has continued to "call on the city to sure mental health services into the subways." Politicians and community members have leaned on the MTA and NYPD to increase police presence, with some riders saying they've noticed a difference.

"I was going to work at 9:30 and there were seven police officers. They were just talking, and it caught me off-guard," said rider Nicole Armstrong. "I never know whether to feel safer or more scared because I don't know why they are there."

The NYPD says a video of a violent arrest at the South Ferry subway station on Tuesday doesn't show what led up to it.

The incident is just the most recent violent occurrence on subways. On Feb. 19, a teenager was punched in the face by a sleeping subway passenger she had woken up, who police believe was under the influence of drugs. On Feb. 11, a man was punched in the face and stabbed in the stomach during an unprovoked attack at the Christopher Street station. That attack came just hours after someone shoved a 72-year-old man to the ground as he was waiting for the 7 train at the 5th and West 42nd Street station.

In January, a naked man pushed a man onto the tracks in Harlem. He survived but his attacker was killed after jumping down to the tracks and getting electrocuted by the third rail. In a different attack, a 54-year-old woman was shoved onto the tracks at 174th Street station in the Bronx.