She had pleaded not guilty to racketeering charges in the four deaths that prosecutors described as “a horrific frenzy of violence” involving machetes, knives and tree limbs in a Central Islip park

A jury found a Long Island woman guilty Monday of luring four young men to their slaughter by more than a dozen members of the notorious MS-13 street gang.

Prosecutors claimed Leniz Escobar helped orchestrate the 2017 massacre as a teenage associate of the gang before falsely claiming to be a victim in the ambush. Recorded phone conversations were used by prosecutors to show she had a role in the murders.

Escobar had pleaded not guilty to racketeering charges in the four deaths that prosecutors described as “a horrific frenzy of violence” involving machetes, knives and tree limbs in a Central Islip park.

After less than four hours of jury deliberation, Escobar was found guilty of all charges, five years to the day after the men were lured to their deaths. She faces up to life in prison.

MS-13 had been seeking to settle a score, prosecutors allege, and believed the young victims to be members of the rival 18th Street Gang. The victims’ families have denied that any of the slain men were in a gang.

Prosecutors allege that Escobar, who was 17 at the time, was seeking to curry favor with MS-13 and alerted its members to the victims' location in a wooden area. She led the five young men into the woods, where gang members were waiting for them with clubs and machetes. 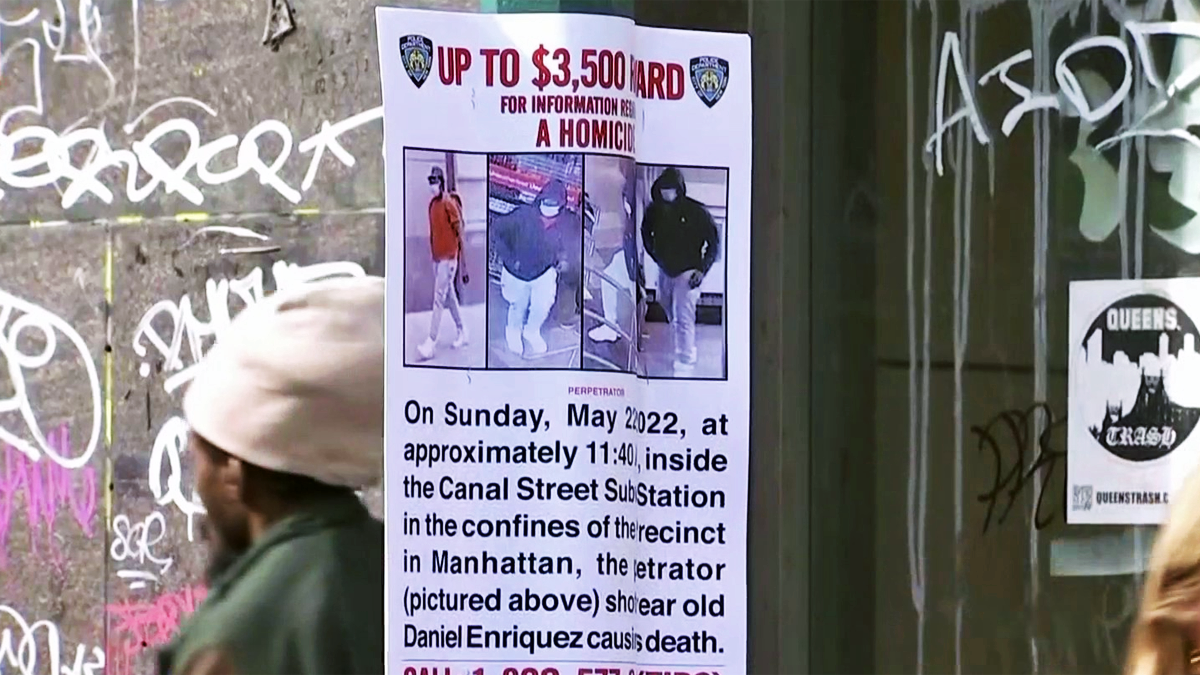 One of the young men escaped, and later testified as the government's star witness in their three-week trial, but the four others were killed. One of the victims was so badly disfigured, he was only identifiable through dental records.

Under MS-13 rules, the killings had been “pre-authorized” by gang leadership, prosecutors said, and contributors to the carnage stood to gain membership or ascend the organization's ranks.

Prosecutors shared the details of how MS-13 gang members led friends into the woods and killed four of them. NBC New York's Pei-Sze Cheng shares details of the lone survivor's testimony.

Authorities said Escobar, an alleged MS-13 associate known as La Diablita, or Little Devil, later tossed her cellphone from a moving vehicle — as well as a SIM card that had been removed and damaged so badly law enforcement couldn't recover its contents.

“Additionally, Escobar discarded the bloody clothing that she had been wearing on the night of the murders,” prosecutors wrote in a court filing.

An attorney for Escobar said that they were "disappointed" with the verdict, and said his client was stoic after she was found guilty. The defense tried to portray Escobar as a scared teen who had just witnessed four brutal slayings, but the jury was not convinced.

"She took the verdict as well as a person could. She understands the serious consequences for her," attorney Jesse Siegal said.

MS-13, also known as La Mara Salvatrucha, recruits young teenagers from El Salvador and Honduras, though many gang members were born in the U.S. The gang has been blamed for dozens of killings since January 2016 across a wide swath of Long Island, and the 2017 murders made the area's MS-13 problem known on the national level.