‘Like She Was a Toy': Witness, Mother Describe Harrowing Abduction of 3-Year-Old Girl

A 3-year-old girl who was snatched from her grandmother on a Bronx sidewalk on Monday has since been reunited with her mother and is still shaken up by the harrowing ordeal she went through.

The young girl, Lily, was not hurt, her mother told NBC New York. In a scary scene, a stranger had grabbed her from her grandmother near Baisley Avenue and East Tremont Avenue in Schuylerville, surveillance video showed. The man, who was covered in a blanket, approached the woman, swooped down and yanked the young girl from the grandmother's grasp before running off.

"He grabbed Lily, he started running with her, mom starts screaming and starts running after him," said the mother, who did not want to be identified. "He didn't say nothing to my mom, he didn't saying nothing to the kids. He just grabbed her and run."

Lily and her twin brothers were returning from the park at the time. Police said that the man, later identified as Santiago Salcedo, threw a blanket over the girl before taking off with her. A good Samaritan was sweeping at the corner at the time, and went after the attempted abductor.

New video obtained by NBC New York shows Salcedo drop Lily shortly after and walk away. He was arrested soon after, and law enforcement sources said that he was wrapped in a blanket, sleeping in front of a shuttered restaurant. 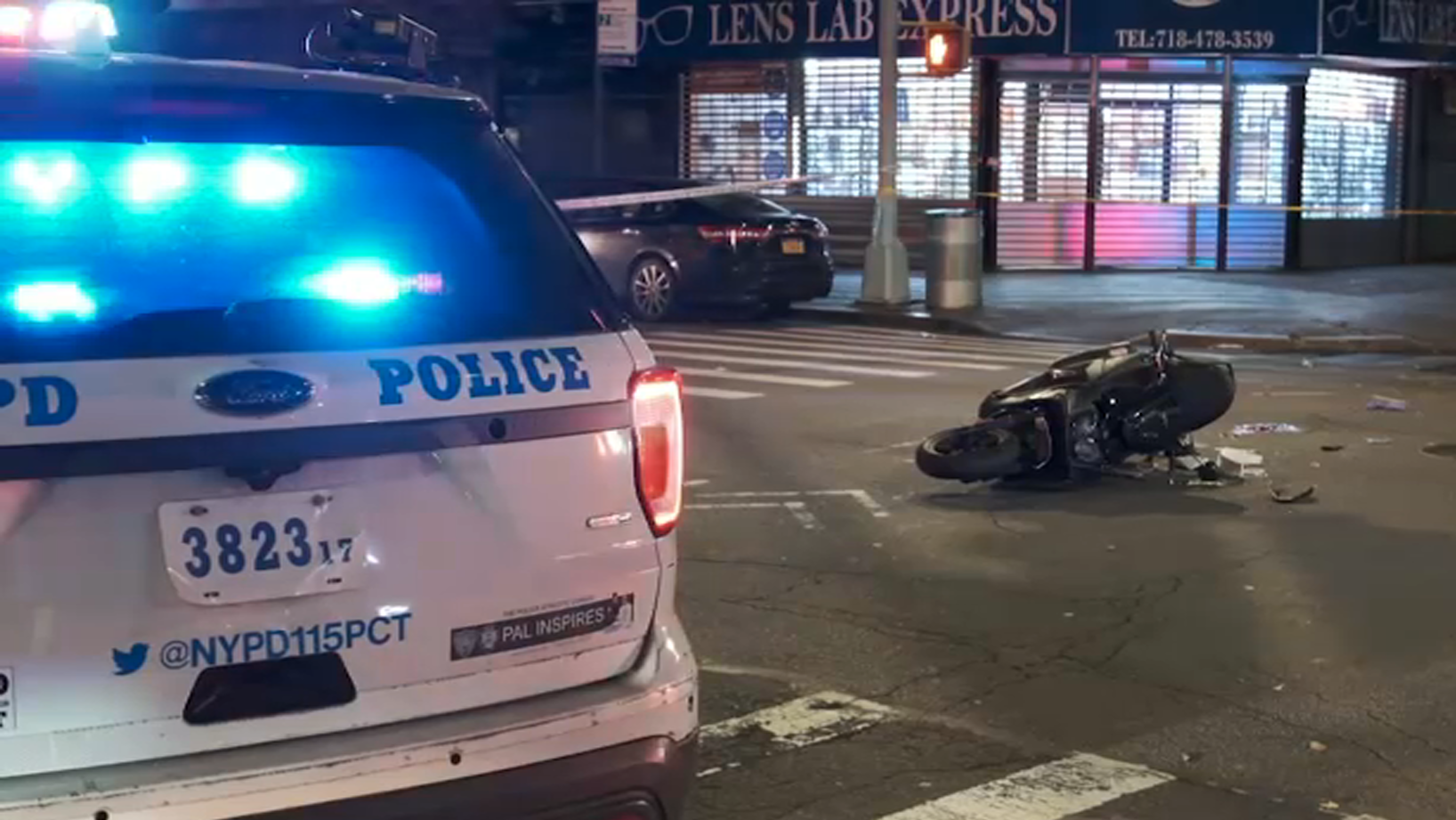 At the gas station where the child was initially taken, Bracero gave the children lollipops to calm them down.

"If he's not mentally OK, I want him to get help. I don't want him to go to jail because jail is not a place for him. It will make it worse for him, and it's not going to help him at all," Lily's mother said.

When the mother got home, her daughter said something that brought her to tears.

"She told me a couple times, 'Mommy, I love you. Mommy, I miss you,'" the mother said. "She does say it too before but not as often as yesterday. But she's OK."

Salcedo was arrested in New Jersey just a matter of days before the attempted abduction and faces several charges including kidnapping. He remained in police custody.