Malik Sanchez self-identifies as an "Involuntary Celibate" or "Incel," which refers to a primarily online group of individuals, mainly men, who believe society unjustly denies them sexual or romantic attention to which they are entitled

A teenager who authorities say terrorized outdoor diners at a Manhattan eatery pleaded guilty Friday to carrying out a hoax bomb threat on Valentine's Day weekend.

Malik Sanchez, 19, entered the plea in Manhattan federal court. Sentencing was scheduled for Feb. 8. In the plea, he admitted to making the threat at a restaurant in the Flatiron neighborhood.

He posted to the internet a video on Feb. 13 that showed him approach an outdoor seating area in front of the restaurant and say, "Let's enhance their meal." He then loudly stated that a bomb was about to go off near a table where two women sat, authorities said in a release. The threat occurred during the first time indoor dining was allowed to resume in the five boroughs following a recent COVID shutdown. 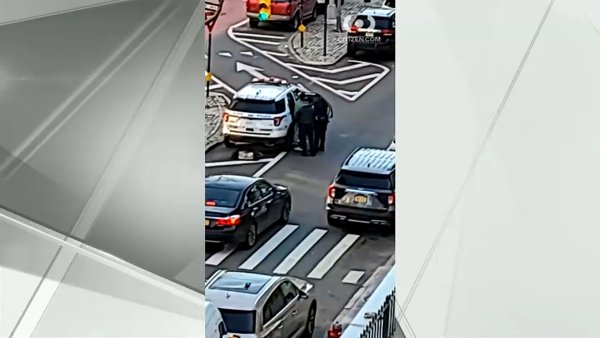 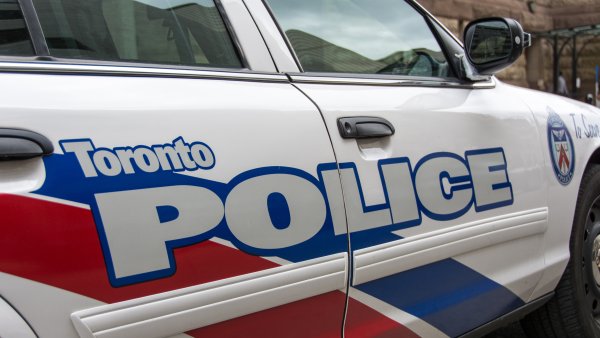 Prosecutors said Sanchez loudly said: “Allahu Akbar. Allahu Akbar. Bomb detonation in two, in two minutes. I take you with me and I kill all you."

The two women appear startled, gather their belongings and go inside the restaurant. About four other individuals in the seating area also grab their things and run away. At that point, Sanchez allegedly says, “Yo, all of them scattered ... That was five stars," a possible indication it was an empty threat all along. At least one individual called 911 in connection with the bomb threat, and law enforcement responded to the scene. By that point, Sanchez had left the area, prosecutors said.

Sanchez self-identifies as an "involuntary celibate" or "incel," a misogynistic ideology in which a mostly online group of individuals, primarily men, believe society unjustly denies them sexual or romantic attention, prosecutors say. Prosecutors did not outrightly state if they thought that association was behind his Valentine's Day weekend timing.

According to a criminal complaint, Sanchez posted other videos both before and after that Feb. 13 incident denigrating women.

According to investigators, Sanchez posted a series of videos showing him harassing, threatening and in one instance harming people with whom he had encounters in Manhattan. During those taped encounters, Sanchez allegedly expressed support for the Incel ideology, including carrying out violence against women in the name of the group.

Less than a week before the alleged hoax bomb threat, around Feb. 7, federal prosecutors say Sanchez posted a video with a caption including “INCEL ARMY RISE UP" that showed him yelling at two women walking on a street in Manhattan.

He allegedly yelled he had “Incel rage” and that he supports Incel’s unofficial founder, Elliot Rodger, who attacked a sorority house and pedestrians in California in 2014, killing six victims and injuring 14 before taking his own life. Sanchez allegedly said Rodger’s victims “deserved to be run over and hit by a truck. They deserved to be slaughtered," according to the complaint unsealed Wednesday.

More than a month after the alleged Feb. 13 hoax, around March 20, prosecutors say Sanchez posted another video of him approaching women at an outdoor seating area in Manhattan and proclaiming his support for Incels and Rodger, this time while making hand gestures mimicking pointing a gun, court papers say.

Multiple people tried to get him to stop, at which point Sanchez allegedly pepper-sprayed one person in the face. He was arrested by responding NYPD officers that day and charged with state offenses. Then he was released on bail.

At a court hearing in May, Judge Colleen McMahon released him to home confinement three weeks after his arrest, saying she had watched the video.

"The first thing I thought was, this is a kid who needs to be seeing a psychiatrist, this is somebody who needs mental health counseling," McMahon said.

The charge he pleaded guilty to can result in a prison sentence of up to five years, but his lawyer said at the May hearing that it was more likely any prison sentence would be measured in months rather than years.

Sanchez also appeared to be the same man who was arrested after allegedly live-streaming his climb up the Queensboro Bridge last October, a law enforcement source confirmed to News 4.

A 17-year-old daredevil was livestreaming to an audience when he climbed up the Queensboro Bridge on Thursday. NBC New York's Ida Siegal reports.
Copyright NBC New York/Associated Press