"In a conversation with an employee of the investment bank, Kamensky went as far as to say, 'Maybe I should go to jail.' Today, we've removed the 'maybe,' and forced him to answer for his conduct,” the head of New York's FBI office said

A hedge fund founder was arrested Thursday on charges that he defrauded creditors of the luxury department store chain Neiman Marcus by pressuring an investment bank not to bid against his hedge fund in buying securities from the creditors.

Marble Ridge Capital founder Daniel Kamensky, 47, was charged in a criminal complaint in Manhattan federal court, where he was due to make an initial appearance.

Acting Manhattan U.S. Attorney Audrey Strauss said in a release that Kamensky, of Roslyn, New York, broke the law when he tried to coerce a competitor to withdraw a bid that was higher than his hedge fund wanted to offer for assets of the bankruptcy estate. 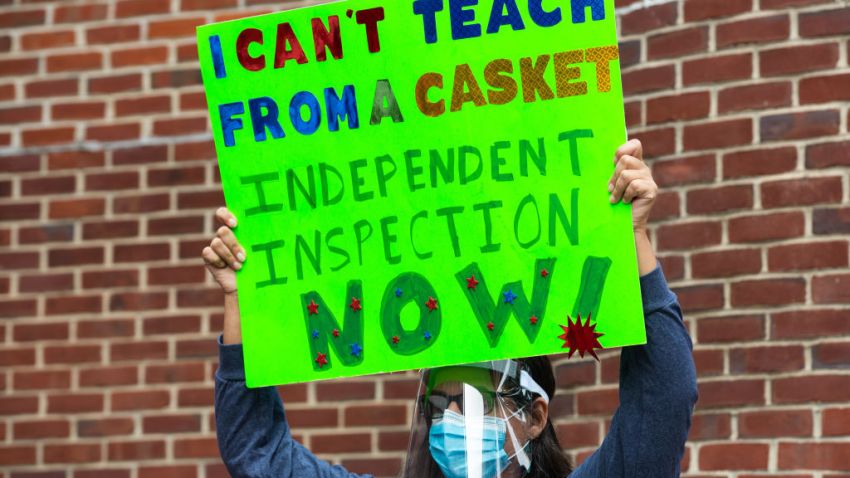 NYC Delays In-Person School Start for Most Students, Many Until October

William F. Sweeney, head of New York’s FBI office, said Kamensky violated his duty on the Official Committee of Unsecured Creditors in the Neiman Marcus bankruptcy by blocking the sale of securities to an investment bank so his fund could pursue them “at a significantly lower price.”

“In a conversation with an employee of the investment bank, Kamensky went as far as to say, ‘Maybe I should go to jail.’ Today, we’ve removed the ‘maybe,’ and forced him to answer for his conduct,” Sweeney said.

Kamensky was charged with fraud in the offer or sale of securities, wire fraud, extortion and bribery in connection with a bankruptcy obstruction of justice.

The phone at Marble Ridge Capital in Manhattan went unanswered Thursday. A spokesperson declined comment on behalf of Kamensky and his firm, which has over $1 billion in assets.

After the events that began in late July, prosecutors said in their release, the hedge fund resigned from the committee of creditors and has advised investors that it will begin winding down operations and returning investor capital.

Before starting his hedge fund, Kamensky worked for many years as a bankruptcy attorney at a well-known international law firm and as a distressed debt investor at prominent financial institutions, authorities said.