At least 13 completed guns were recovered from the Brooklyn man's home, according to prosecutors

An "arsenal" of ghost guns was discovered at the home of a Brooklyn man, accused of buying gun parts worth thousands and constructing the untraceable firearms.

County prosecutors say the man had four assault weapons, five handguns and four rifles completing assembled and stashed in his Bushwick apartment when authorities executed a search warrant on April 6.

Dexter Taylor, 51, was arraigned Friday in Brooklyn Supreme Court on a 37-count indictment. Attorney information for the man was not immediately known.

“This defendant allegedly acquired a massive arsenal of homemade ghost guns that are as real and dangerous as traditional firearms," Brooklyn District Attorney Eric Gonzalez said. 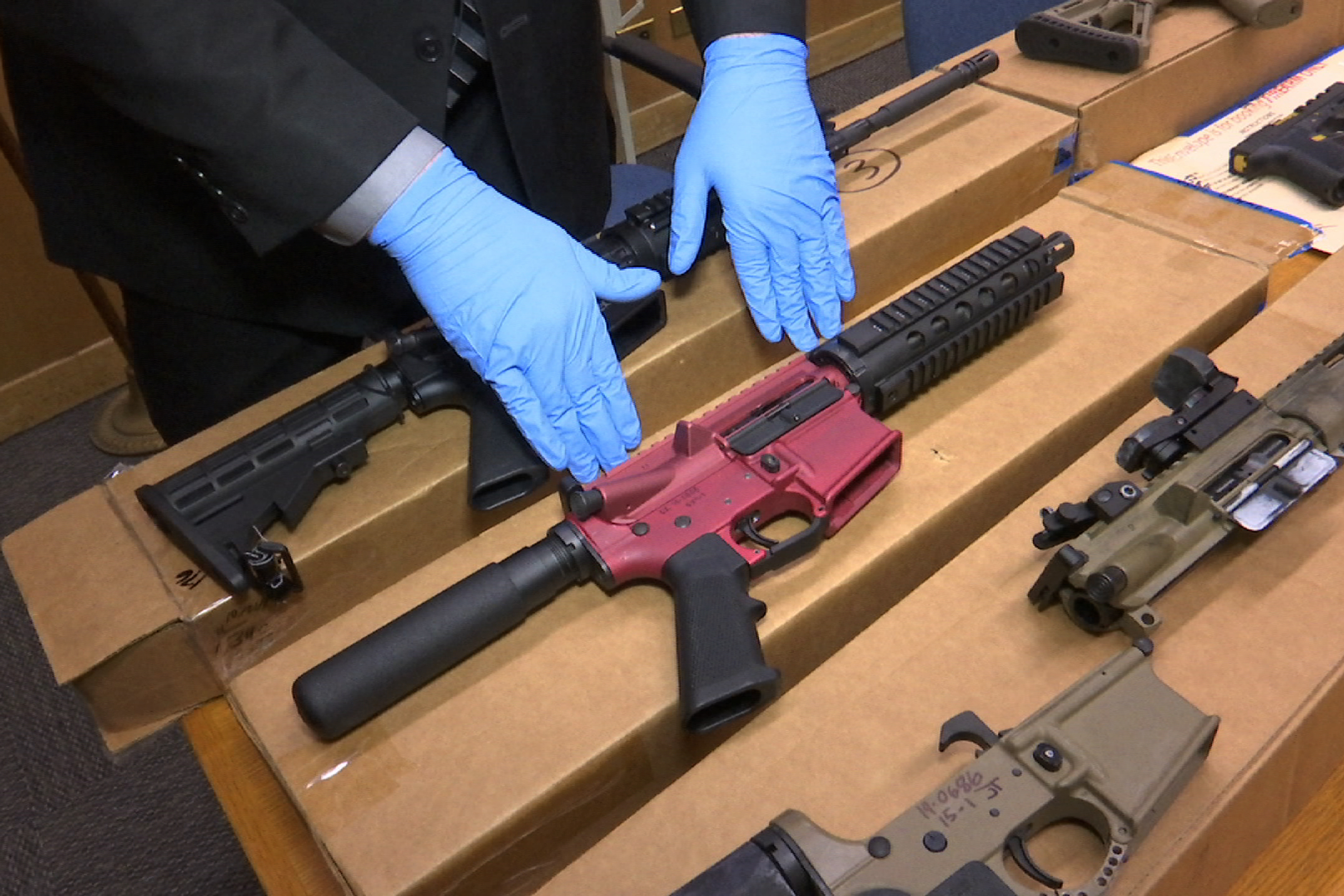 EXPLAINER: What Are Ghost Guns? Why Is Biden Taking Action?

Police investigators determined Taylor ordered "ghost gun kits" from online sellers and had them shipped to his Brooklyn apartment, according to prosecutors.

"By assembling guns from kits, unfinished parts, or 3D printed components, those who possess ghost guns evade critically important background checks and registration requirements, and because they have no serial number they are untraceable," Gonzalez added.

State and federal officials have targeted these type of guns turning up at crime scenes in increasing numbers, including in the Bronx where police believe a suspect used a ghost gun in the slaying of a 16-year-old honor student.

Earlier this month, the Biden administration unveiled a new rule to change the definition of a firearm and will require federal firearms dealers to add serial numbers to ghost guns that come their way.