A jury convicted the woman of murder in 2017 and a judge sentenced her to 30 years in prison, but an appeals court ordered a new trial in 2020 after defense attorneys argued jurors were misled on the state’s laws governing self-defense

A former elementary school teacher whose conviction in the slaying of her boyfriend was overturned last year has pleaded guilty to aggravated manslaughter.

Virginia Vertetis entered the plea Tuesday in state Superior Court in Morristown in an agreement with prosecutors in the fatal shooting of Patrick Gilhuley, a retired New York City police officer, in her home during an argument in 2014.

A jury convicted Vertetis of murder in 2017 and a judge sentenced her to 30 years in prison, but an appeals court ordered a new trial last year after defense attorneys argued that jurors were misled on the state’s laws governing self-defense. Vertetis had testified that she shot Gilhuley because he attacked her in a drunken rage, while prosecutors contended that she killed him after he tried to break up with her.

On Tuesday, the 59-year-old Vertetis acknowledged going upstairs and getting a handgun during the argument and firing down the stairs at 51-year-old Gilhuley, who was hit several times in the back. She admitted acting recklessly and acknowledged that she wasn’t acting in self-defense at the time, the Daily Record reported. 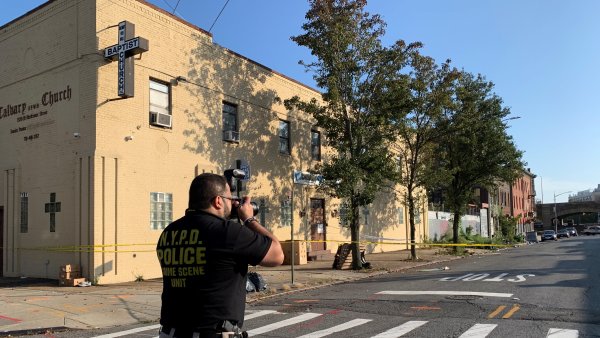 Prosecutors will seek a 20-year term at her November sentencing and ask that she be required to serve 17 years before becoming eligible for parole. Defense attorney Susan McCoy did not say what term she will seek but said many things since the trial will weigh in favor of her client such as “rehabilitation, good deeds and good acts.”