A man mistakenly released while awaiting trial on an attempted murder charge is back in custody, lockup records confirm

A man accused of attempted murder is back on Rikers Island after he was mistakenly released Monday due to a clerical error — the second time in the span of a week that a mix-up helped free a suspected violent criminal.

Department of Correction records show Nikim Meekins, who was being held at the lockup as he awaited trial on the attempted murder charge after being arrested on March 10, was rearrested on Friday. Meekins returned to the jail around midnight alongside his attorney, the NY Post reported.

According to a spokesperson for the state court system, Meekins was also in jail on a weapons-related charge, for which a judge set bail at $1. However, the judge kept the bail for the attempted murder charge at $300,000.

In court paperwork, a law clerk marked the new bail for that gun charge, but mistakenly put that Meekins be released on his own recognizance for the attempted murder charge, the spokesperson said. Those orders were then relayed to the Department of Corrections, and Meekins was let go.

"Based on the documentation provided by the courts, the release from custody was proper and in accordance with our policy," said Peter Thorne, the Deputy Commissioner of Public Information for the city correction department.

A man in jail on murder charges was mistakenly released from Rikers Island. Chris Glorioso reports on why that happened.

Once the error was recognized, the judge issued a warrant for Meekins to be brought back in by police.

The spokesperson acknowledged it was a "serious mistake," and said it would be addressed "from a personnel and training perspective."

It's the second embarrassment for the city's criminal justice system in a week's time. On March 8, Christopher Buggs was "inadvertently released" due to a similar clerical mixup, police said. 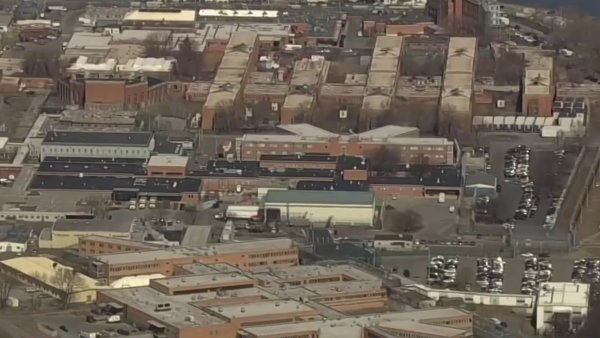 2nd Man Mistakenly Released From Rikers in One Week

Buggs, 26, was arrested in Feb. 2018 on charges of second-degree murder, and has been in custody for three years. Court records indicate he was next due for a hearing in June on the murder charges.

It appeared Buggs was released on an unrelated contempt of court finding, with Rikers staff not realizing he should still be locked up for his alleged role in the murder case.