A man accused of randomly murdering a fellow passenger on a New York City subway train made his first appearance in court Wednesday, where his lawyer urged the judge and the public not to rush to judgment.

Andrew Abdullah, 25, was ordered held without bail in the death of Daniel Enriquez, 48, who was shot on his way to Sunday brunch in Manhattan.

The gunman wore a hooded sweatshirt and a mask that concealed his face, but police said they used security cameras to track the killer after he fled the station, including footage that showed him shedding the clothing that initially hid his identity.ir 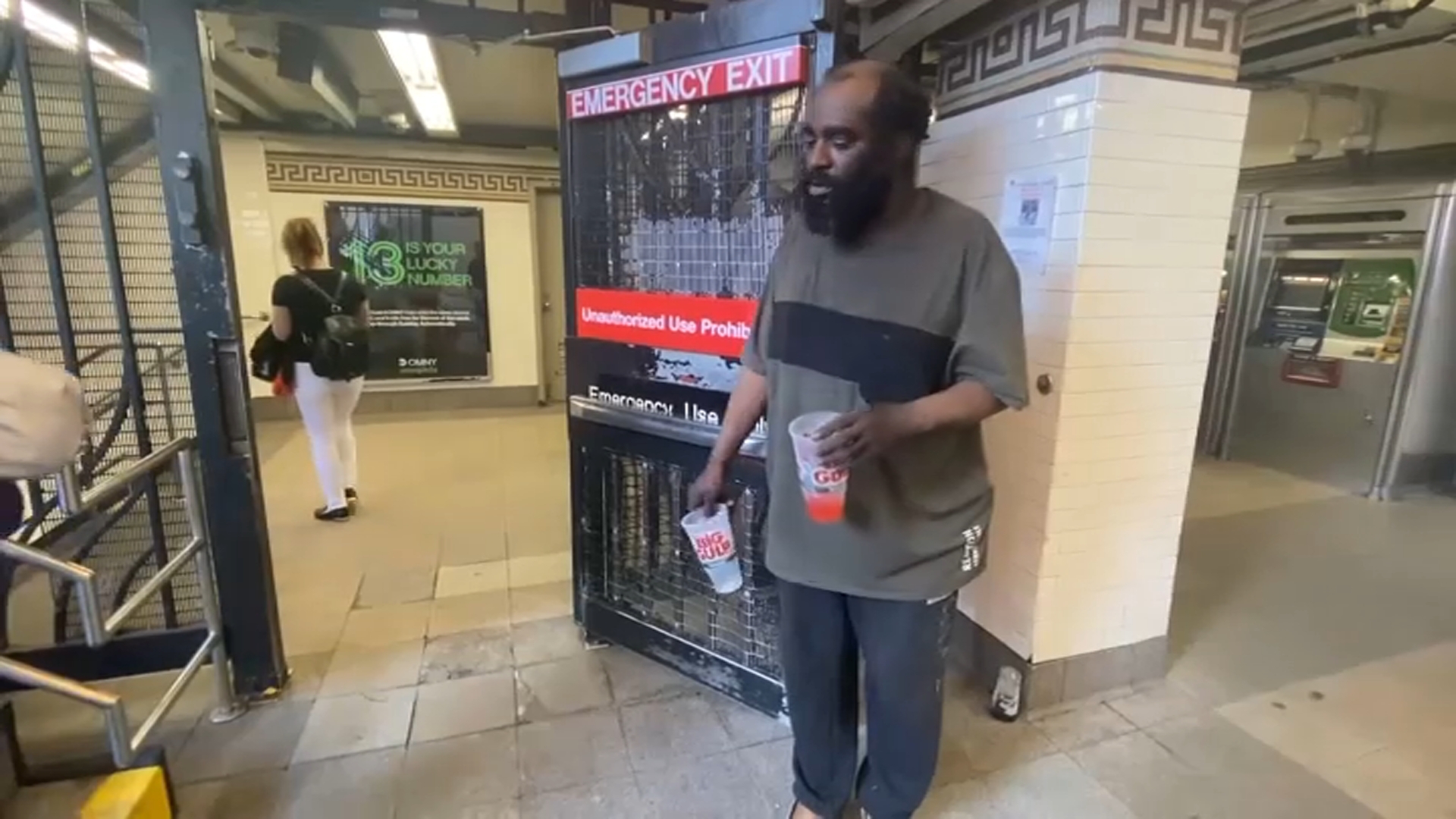 Abdullah's lawyer, though, said in court that five of six witnesses brought to a police lineup could not identify him as the shooter.

“Tensions are running high right now in the city and this is the time to make sure our civil liberties are protected even more,” said Kristin Bruan, the Legal Aid Society attorney who represented Abdullah at his first court appearance.

Bruan said her client has been "cooperating fully" and had been in "constant communication” with authorities as soon as he learned he was being sought.

Throughout the court appearance, Abdullah looked ahead as he stood in blue sweatpants, a gray T-shirt and with a white mask with his hands handcuffed behind him. He was led away immediately after the hearing ended. The next court date was set for this coming Wednesday.

The shooting, which witnesses told police appeared to be unprovoked, came amid a disturbing rash of gun violence in which people have targeted strangers.

Last month, a man who authorities said had traveled from Philadelphia shot 10 people on a subway train in Brooklyn. On May 14 police say a gunman motivated by racial hatred killed 10 Black shoppers and workers at a supermarket in Buffalo, New York.

News of the mass shootings in New York was quickly overshadowed by another attack that killed 19 children and two teachers at an elementary school in Texas.

A prosecutor, Nicole Blumberg, described Abdullah as a man with a long history of violent crimes who pulled out a loaded handgun on Sunday as he paced the last car of a Q line train heading from Brooklyn to Manhattan “and fired one shot at the center of Daniel Enriquez’s body.”

The prosecutor said Abdullah fled the train after it pulled into Manhattan’s Canal Street station, handing his gun to a homeless man on the subway stairs. The gun was later recovered by police.

Abdullah's lawyer, Bruan, said she plans to make a bail application at a later date. She said there were flaws in the way the lineup was conducted. Besides the fact that five of six witnesses could not identify Abdullah “at all,” the lone person who could said that Abdullah was wearing a hat during the attack, the lawyer said.

Authorities have outlined other evidence. Abdullah was stopped by police as he left the area around the station and showed his identification, but was allowed to leave because he wasn't then wearing the hooded sweatshirt witnesses had described, officials have said.

Enriquez worked for the global investment research division at Goldman Sachs and lived in Brooklyn.